The ad free (Unofficial) Apple Archive that launched today is a rabbit hole of awesomeness not just for true fans but for everyone interested in Apple history. The best thing about this project — it comes with some interesting materials that never saw the light of day, like this unreleased social media advertisement for the (also unreleased) AirPower wireless charger.

Unfortunately, you will need to visit the AirPower ad page over at the (Unofficial) Apple Archive in order to watch the ad due to Vimeo privacy settings preventing embedding. 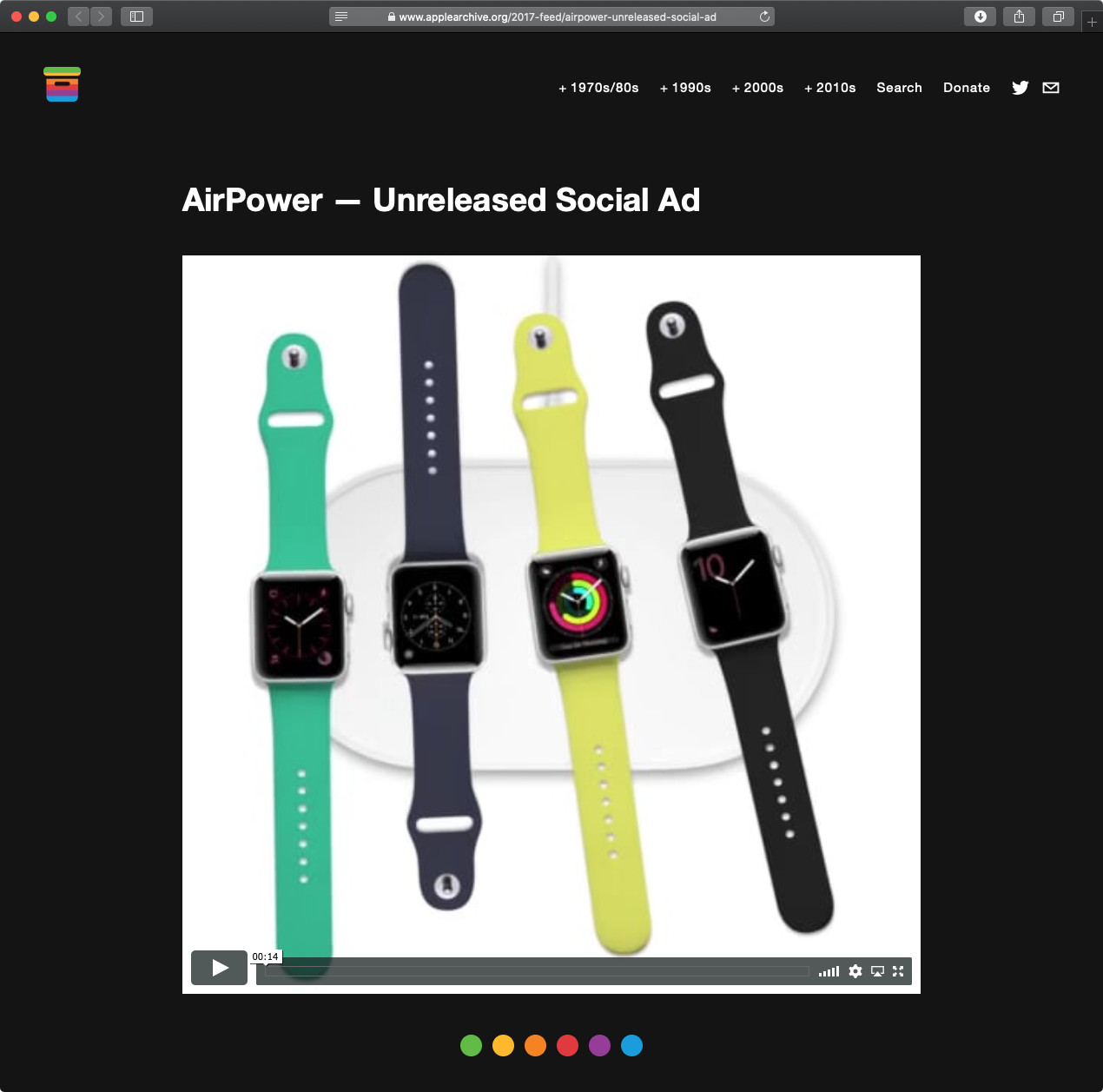 The AirPower multi-device wireless charging mat was announced on September 12 at the iPhone X press event. Its primary feature was support for multiple devices: the Qi-compliant accessory promised to charge your iPhone, AirPods charge case and Apple Watch simultaneously, without needing to be carefully aligned on the charging mat.

That was supposed to be a pretty big deal given that wirelessly charging multiple devices at once was and still is unsupported by the Qi specification. The company’s engineers used over twenty charging coils that could charge a device regardless of exact position. The solution pretty much sealed AirPower’s fate because it led to heat management, inter-device communication and speed issues, not to mention mechanical and interference problems.

Although Apple officially cited the inability to meet its high standards as the primary reason for AirPower cancellation, other companies have seized the opportunity and made or have been developing their own AirPower-like Qi chargers, including Zagg, Zens, Nomad and others.

Let this serve as yet another proof that Apple was in fact very serious about releasing this thing. It jumped through hoops to secure worldwide rights to the AirPower trademark, and now we learn that its marketing department already had social ads ready to go.

The (Unofficial) Apple Archive is available at applearchive.org.

So, how do you like this unreleased social ad for the AirPower charger?