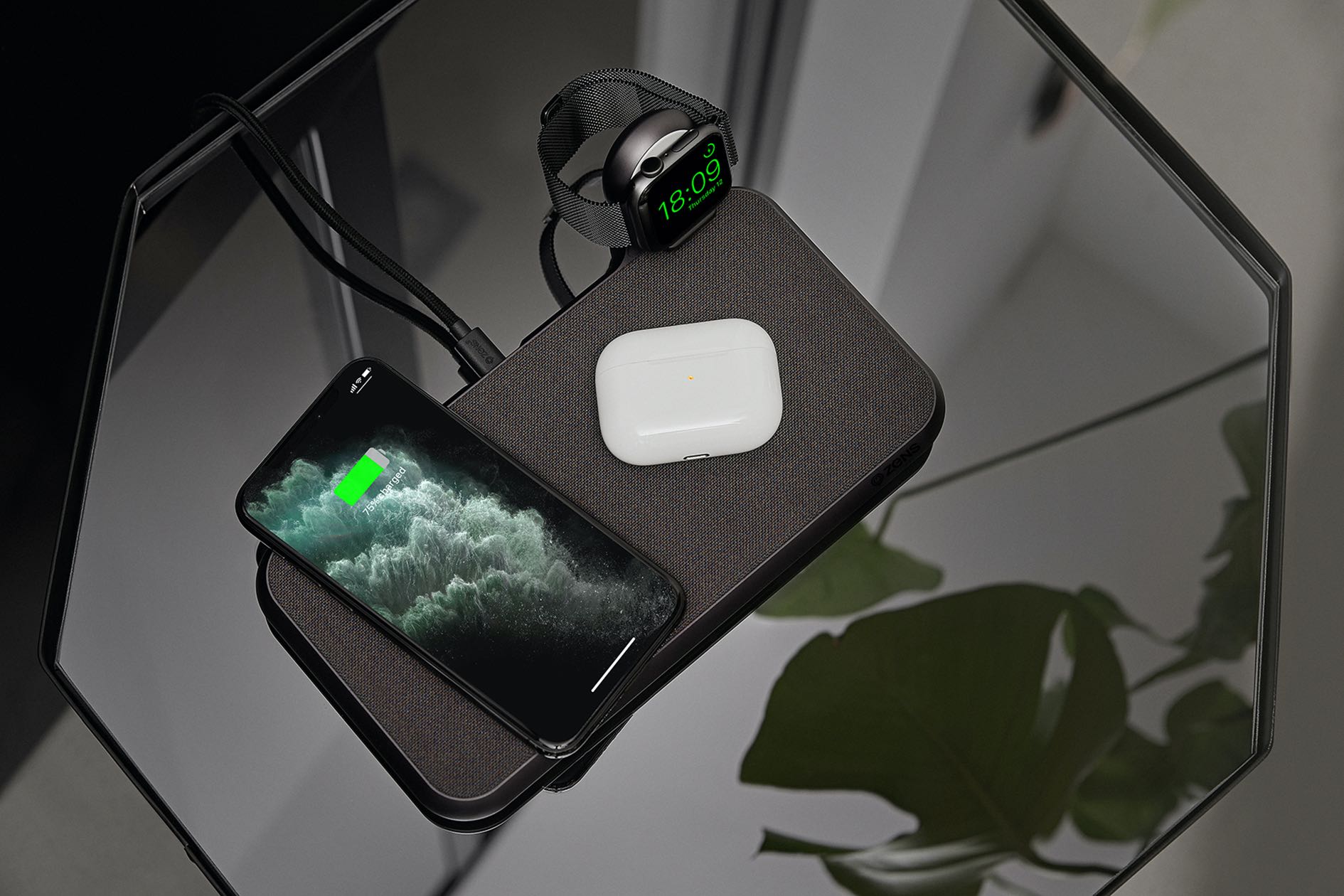 Dutch brand Zens today announced that it’s Liberty multi-device Qi wireless charger is now available to order. Although the Liberty does not include all of the features of Apple’s ill-fated charger, early reviews indicate that it succeeds in many of the ways the AirPower failed.

Featuring Kvadrat fabric surface with “exceptional color intensity” and as many as sixteen charging coils, it can wirelessly charge two devices simultaneously. One additional device can be charged through the built-in USB-A port. The charger produces up to 30 watts of power, meaning you can fast-charge your Apple and Samsung devices at once with 15 watts each.

And thanks to the 16 wireless charging coils inside the device, you get complete freedom of placement that Apple’s AirPower was supposed to bring, which lets you place two devices anywhere on the charging pad without worrying about alignment.

About that Kvadrat fabric:

The Liberty has a surface of high-quality woolen upholstery textile Atlas by Kvadrat (90 percent wool). With Atlas, created by Danish designer Margrethe Odgaard, the colors are expressed, pattern-like, through the structure of the material. As a result, the textile offers exceptional intensity and intricate details and gives the Liberty a warm, superior look by adding exclusive color to the original design.

The accessory ships with a 1.5-meter braided USB-C cable, a 90-watt USB-C PD adapter and a 3-year extended warranty card. Zens also provides the special edition Liberty variant that has a smooth glass top which gives an awesome look at the internal charging coils. 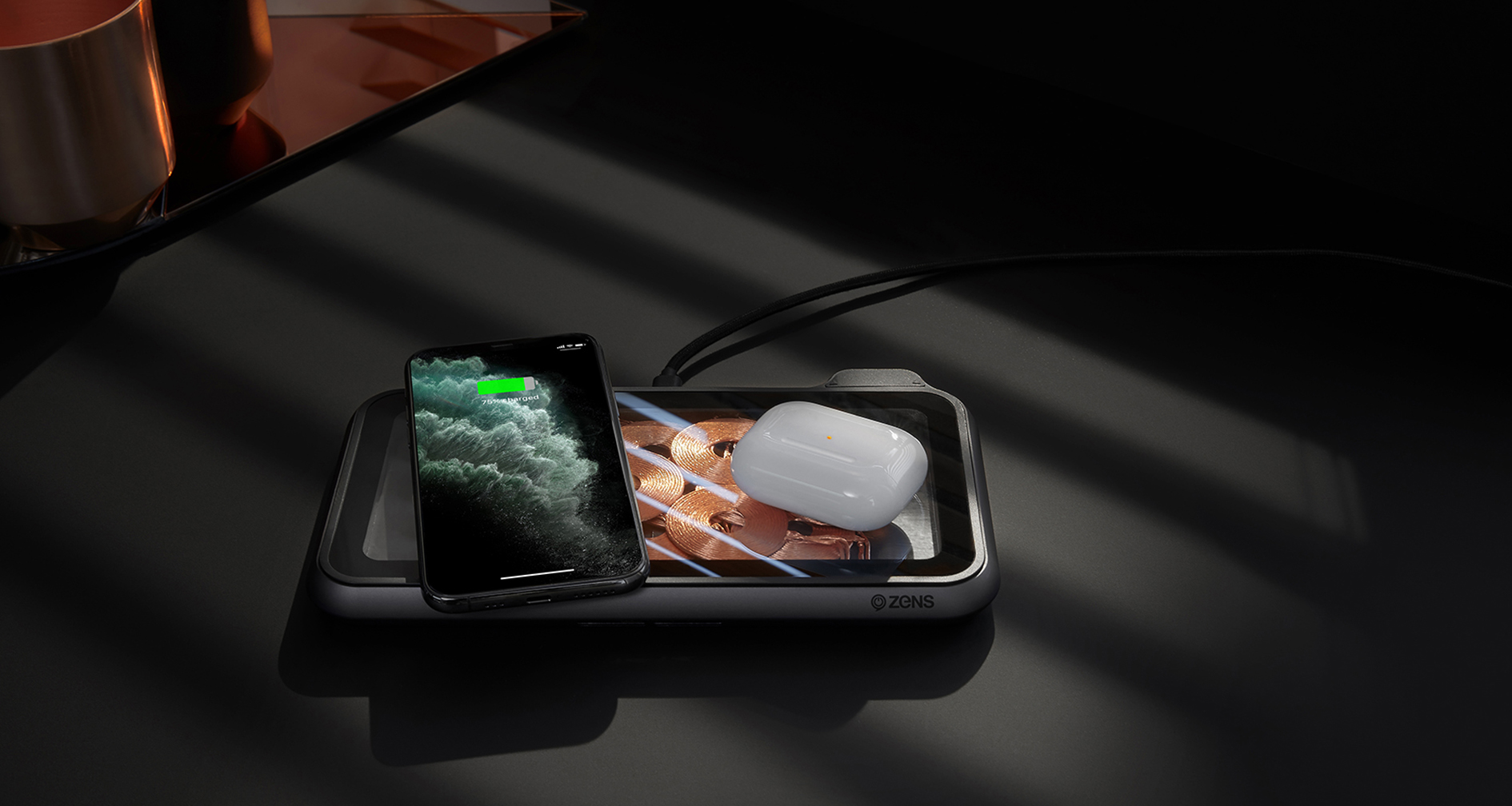 This limited edition has a see-through tempered glass surface to reveal the inside of the wireless charger. You will be able to see the 16 charging coils seamlessly working together to make sure your devices regain their power quickly.

What the Zens Liberty charger lacks is tight integration with the Apple ecosystem. You won’t see animations when devices are placed on the charging mat. It also doesn’t support three wireless devices at once and Apple Watch support requires an additional $40 adapter.

The Apple Watch adapter is MFi-certified so it works with all Apple Watch models and USB-A ports commonly found on many laptops, power banks and other devices. But even with these trade-offs, the Zens Liberty may be the closest thing to a decent AirPower alternative.

You can pre-order the Liberty from the Zens website. The version with Kvadrat fabric surface is available in exchange for $140, while the glass edition will set you back $180.

The AirPower was supposed to let you charge multiple devices at once without having to precisely lay them on the charging mat. But Apple’s engineers have realized that pulling this off with multiple overlapping charging coils causing interference was easier said than done, so the product became vaporware. “After much effort, we’ve concluded AirPower will not achieve our high standards and we have canceled the project,” Apple said last year.