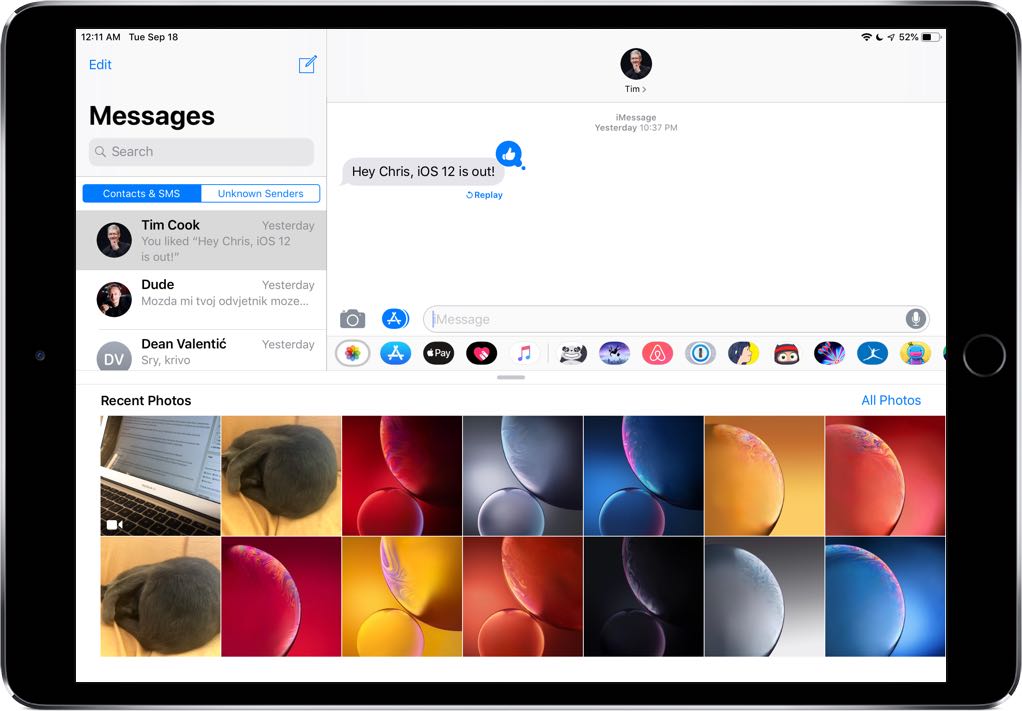 Apple has removed the media picker from iOS 12’s Messages app. Thankfully, you are still able to access the photographs, videos, Slo-Mo clips, Portrait shots and other items stored in the Photos library on your iPhone or iPad—thanks to an all-new dedicated iMessage app.

This is one of a slew of new features and enhancements in iOS 12, which released for public consumption in September 2018 as a free software update for all iPhones from iPhone 5s onward.

This is a major change from the previous implementation (that we first saw in iOS 10) where tapping the camera icon in Messages would bring up a panel with a tiny viewfinder and thumbnails of the recently saved items in the Photos library.

How to use Photos iMessage app on iPhone

To access your Photos library from within Messages, do the following:

1) Open the Messages app on your iPhone or iPad with iOS 12+.

2) Tap an existing conversation or create a new chat.

3) If you see the arrow on the lefthand side of the text field, tap it.

5) Swipe across the App Strip to find the Photos icon, then tap it.

6) Swipe left and right, then tap a thumbnail to attach the underlying item.

You can choose multiple attachments, one by one. To send the attached media item(s), tap the blue Send button that has an upwardly-pointed arrow on it. To remove the attached item, tap the “x” in its upper-right corner. 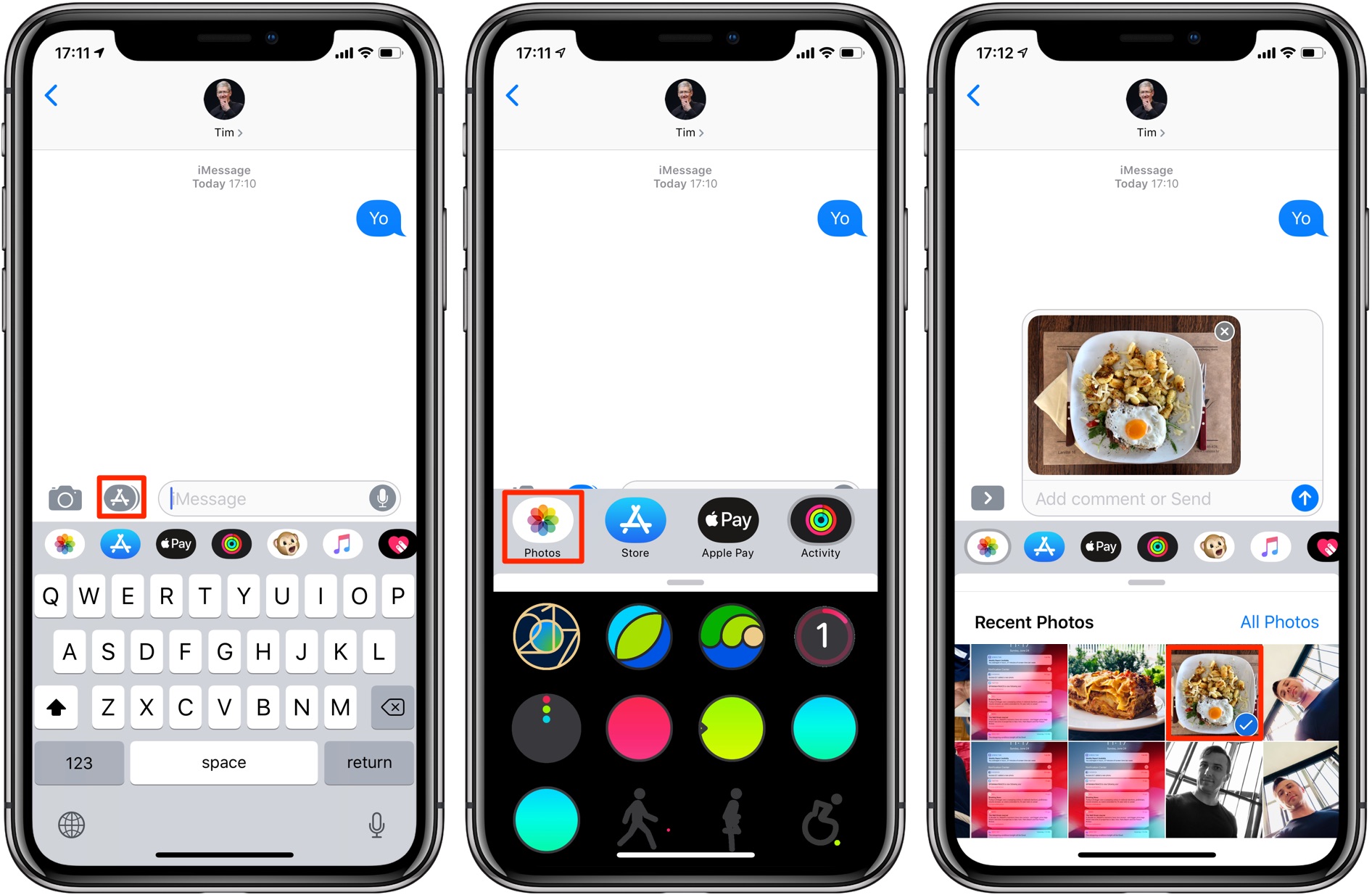 As a side-note, iOS 12 has changed how Messages handles images taken with the in-app camera. Now when you take an image with the Messages app, it’s automatically saved to the Photos library as soon as you attach it to a thread.

We should mentioned that the old process of attaching media to your conversation threads involved fewer taps—after hitting the camera icon, you could take a new photo right away or browse your Photos library by swiping right to reveal a strip of thumbnails next to the tiny camera viewfinder.

On the other hand, the new iMessage app brings previously unavailable features.

To attach an image or video you snapped up a while ago, tap All Photos in the extension’s top-right corner and swipe up to go fullscreen. Now you can select a media item from one of the built-in albums, like Selfies or Live Photos, or tap one of your own albums.

TUTORIAL: How to use For You tab in Photos

To browse the Photos library in its entirety, tap All Photos and select one or more items, then tap Choose to attach the media or Cancel to abort the operation.

The new Photos iMessage extension also includes Siri-powered photo suggestions based on who you’re messaging with, what you’re talking about and where you’ve taken photos together.

Personally, I like the new Photos iMessage app as it tidies up the cluttered Messages interface.