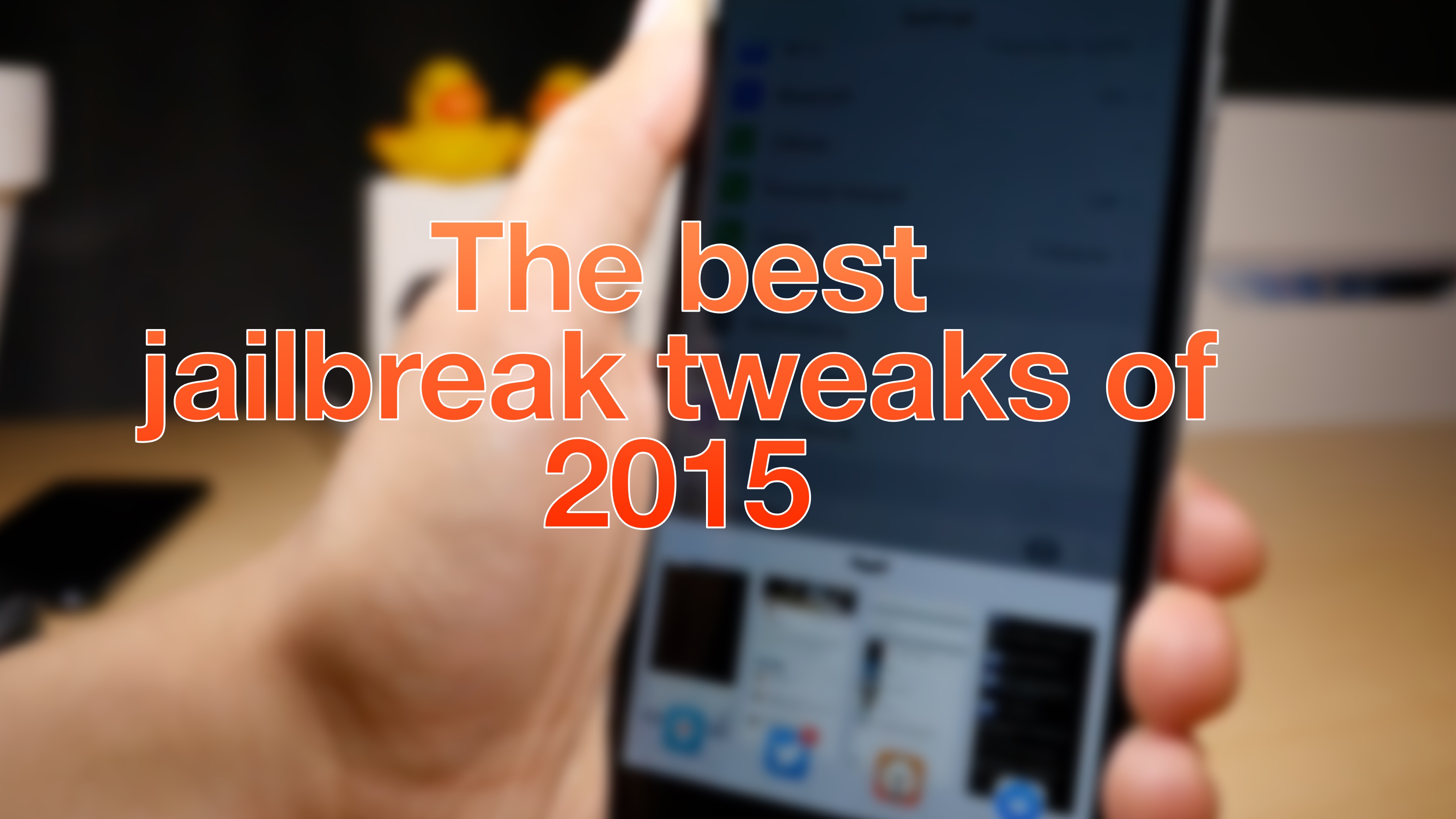 Every year we do a post highlighting some of the best tweaks of the year, and 2015 is no different. While we didn’t see a ton of innovative tweaks like we have in years past, this year still saw plenty of good tweak releases. What tweaks made our must-download list of 2015? Have a look at the following post for the answer…

Here are the qualification rules for the eligible tweaks:

The following list is in no particular order. At the bottom of the page, you will see our pick for our 2015 jailbreak tweak of the year.

Seng is an Auxo 3-inspired tweak that does Auxo better than Auxo. It features tons of options, and easy-to-use preferences that require no resprings. My favorite thing about Seng is the dynamic Multi Center, in which the App Switcher cards dynamically change size depending on how many items are in the top and bottom Control Center areas.

Multiple Instagram accounts on a Single device? igSpeedster not only makes that possible, but it makes it easy.

OneHandWizard makes it easier to use the iPhone 6s and iPhone 6s Plus with a single hand. It sizes down the interface via a simple Home button gesture for easy access to the entire iOS interface.

This is a tweak that lets you pause video recordings and resume them right where you left off. Very handy for people who take lots of videos, and brings a whole new level of creativity to the table.

SwipeForMore lets you perform tasks in Cydia much faster than before. When Cydia “opened up” back in the summer, it allowed for a new class of jailbreak tweaks that modified Cydia itself. It resulted in great releases like SwipeForMore, which made managing multiple package installation, uninstallation, and queuing a lot easier than before.

Read our full review of SwipeForMore

Flash displays a handy flashlight shortcut in the bottom left-hand corner of the Lock screen whenever you’re in a dark room. If you’re a heavy flashlight user, it’s a great tweak to have. It’s also been updated with light sensitivity options as suggested in our review.

Combination Lock replaces the Lock screen passcode with an awesome-looking old school combination lock interface. It’s one of the most original Lock screen security solutions that we’ve seen. It’s not perfect, but it’s free to try.

Andrios brings an Android-inspired experience to iOS. It comes with a ton of different features. The sheer breadth of this tweak is what makes it so impressive. Customizations touch the Home screen icons, the Music app with mini player, the browser, widgets, search, and more.

2015 iDownloadBlog Tweak of the Year

It’s not necessarily for everyone, but OneHandWizard was not only a truly innovative tweak, but it was also truly useful in real world scenarios. It’s one tweak that I continued to use often well after my review, and it’s a tweak that I think that even people who aren’t fans of jailbreaking would consider jailbreaking for.

OneHandWizard is just a solid tweak with a solid premise. It makes using larger iPhones so much easier, and it features lots of customization options and activation options. More importantly, the tweak had a quick update turnaround time for the iOS 9 jailbreak, and that sort of thing really matters for paid tweaks.

Not only is OneHandWizard fun to use, but it’s also extremely practical for iPhone 6 Plus and 6s Plus owners. If you’re jailbroken and own a larger device, it’s an absolute must-try in my opinion. It easily wins my 2015 tweak of the year honors.

What are your thoughts? Agree or disagree? Sound off with your opinions down below in the comments.