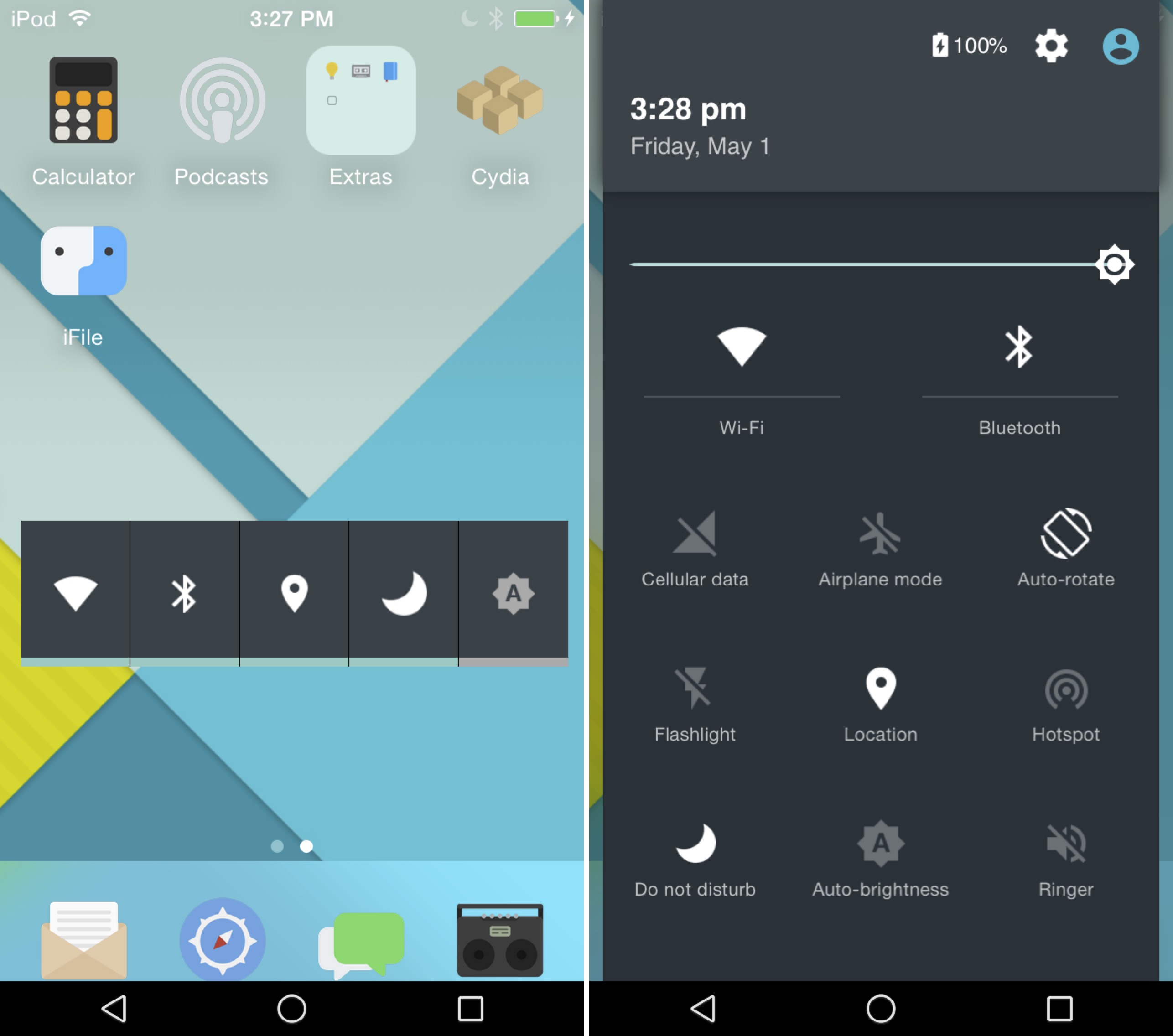 Andrios has been a hot topic for jailbreakers as of late. The upcoming tweak, which should be touching down any second now on Cydia, brings many Android-inspired features to iOS.

The developers of Andrios, BrandDev & Logan O’Connell, have worked hard to make the tweak’s tag line live up to the final product. Does it succeed in doing so?

True to its billing, Andrios is an experience. It’s name states as much, combining the words Android and iOS into one.

Each part of Andrios features its own section in the tweak’s preference. There, you can configure the nuances of each feature the way you like it. Here’s a list of all of the components featured in Andrios:

Keep in mind that the goal of each of these features is to bring an Android spin to iOS. That said, some of the features work better than others, while some features seem a bit out of place on iOS.

Take for example the Action Bar, which brings that back, home, and options button—three hallmarks of Android—to iOS. These buttons appear on the iOS interface, and look out of place in many instances. They sit too closely to other on screen elements, and at times cause a user to inadvertently tap them. The Action Bar is a good example of Andrios taking things to far. 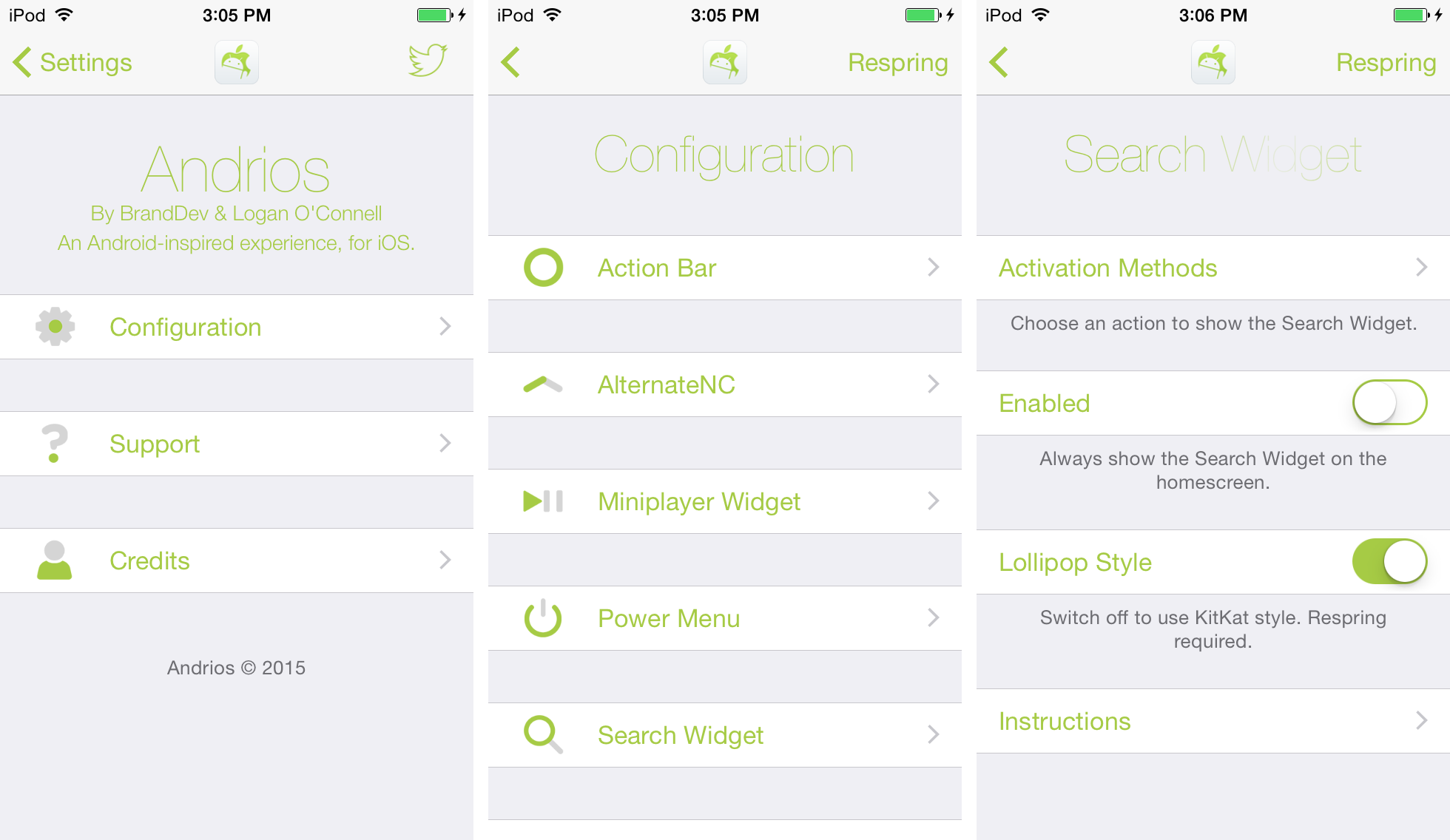 But then you have features like the Power Menu, or Search Widget, or the Alternate Notification Center. These features feel well-designed and don’t conflict with the overall user experience. Sure, they look a bit foreign when you consider the design language, but if combined with the proper theme, (I’m using the great looking Ksavir II theme in my screens and video) they can look right at home as well.

The point is, there are many things that Andrios does well, and some things it does not-so-well. Fortunately, the tweak is customizable enough to where you can settle on what works for you. Be sure to watch our video walkthrough above for a deeper look into Andrios and what makes it tick.

What do you think about Andrios? It has been submitted to Cydia, and it’ll be $3.99 when it touches down soon on the BigBoss repo. Sound off in the comments with your thoughts.