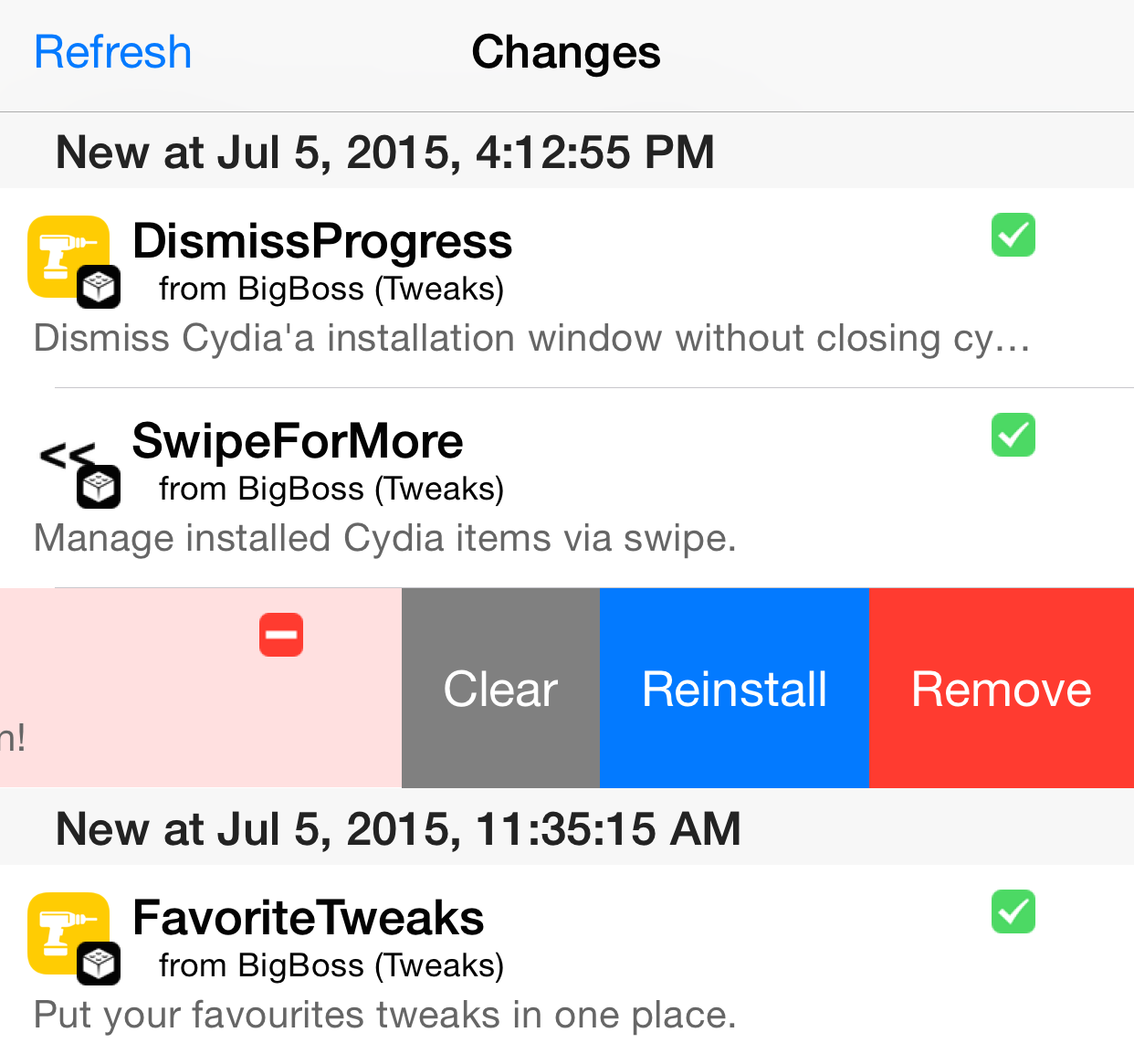 If you find the stock method of managing Cydia packages to be a bit cumbersome, then you’re not alone. Fortunately, saurik has opened up Cydia to third-party modifications, and for that we all are very thankful.

As expected, many new jailbreak tweaks specifically designed for Cydia are beginning to appear. One of the latest tweaks, entitled SwipeForMore, looks like one of the most compelling one thus far.

SwipeForMore allows you to swipe on a tweak in order to access install and uninstall options. It can save you time, because you don’t have to navigate into a tweak’s individual page in order to manage it.

SwipeForMore is an awesome tweak that will surely become a staple for many. Simply being able to swipe on a tweak to install, queue, or uninstall, is so much faster than the old way of managing packages.

Queuing, in particular, benefits from SwipeForMore. When you use queueing via SwipeForMore’s interface, the Confirm dialogue pops up, but then automatically disappears in order to accept your next command.

It’s really hard to appreciate how much this speeds up the workflow without seeing it in action, hence, you should definitely watch the video above to see SwipeForMore and other new Cydia-centric tweaks in action. The one negative side of SwipeForMore is that it doesn’t yet work with paid packages that haven’t been purchased. The buttons are there, but they aren’t currently tappable.

There are a couple of options in the Settings app for SwipeForMore. There’s a kill-switch for quickly disabling a tweak, and there’s a skip confirmation switch that allows you to skip the confirm dialogue for even faster installs. 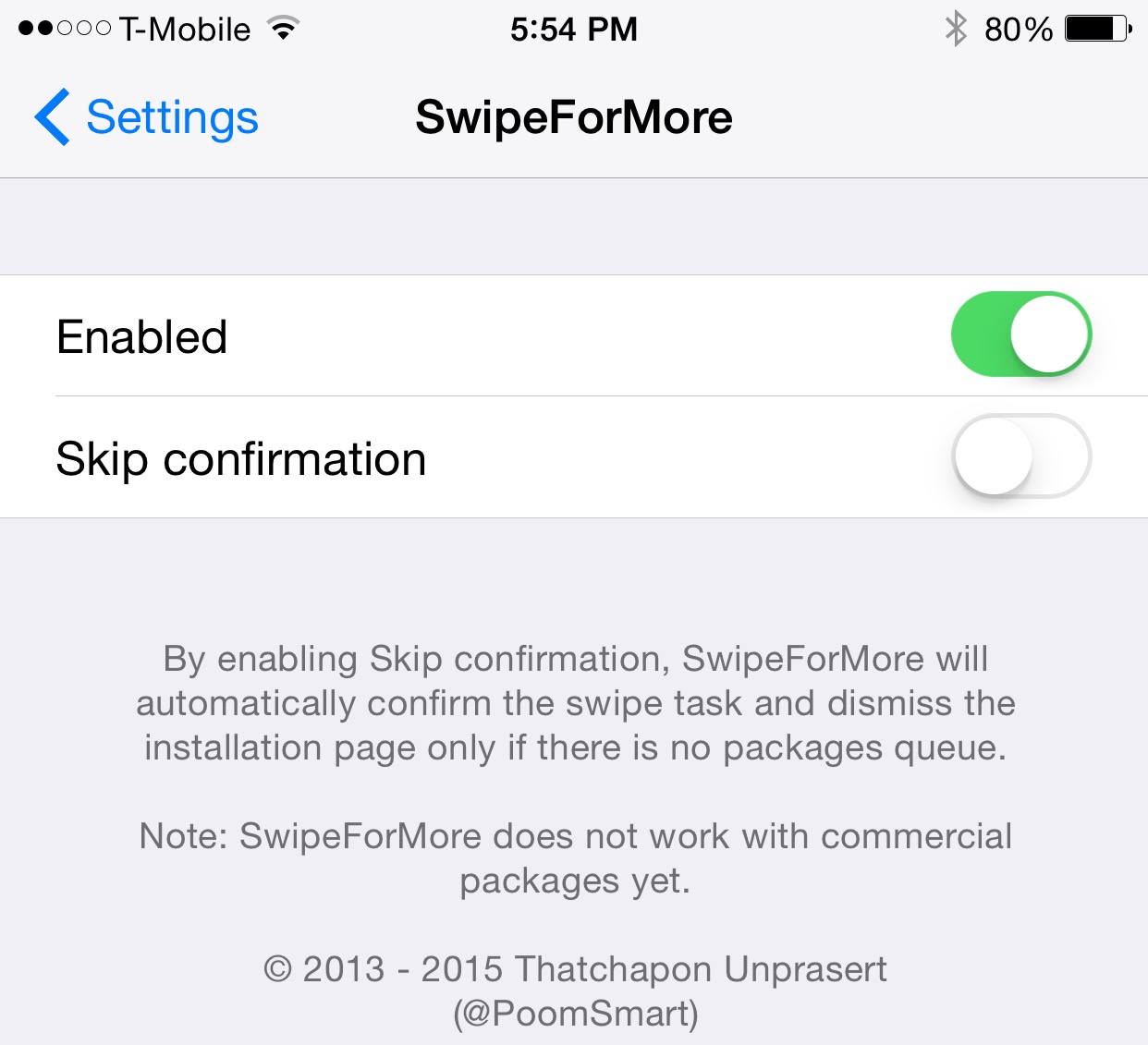 It won’t be a tweak that you can use with every Cydia install since it doesn’t yet play nice for paid packages, but it can handle free packages and packages that have already been purchased like a champ.

What do you think about SwipeForMore. Drop us a line in the comments.