After spending all week shopping for presents, decorating trees, and baking cookies, I’m ready for a break. All I want to do is sit down with a good game and lose track of time until my fingers cramp up. If you are in need of a bit of relief from the holiday hustle and bustle, take a look at our list of apps and games. You might find something to ease your stress level. Maybe you’ll feel better after some good old fashioned video gaming. I know I always do.

Tales from the Borderlands 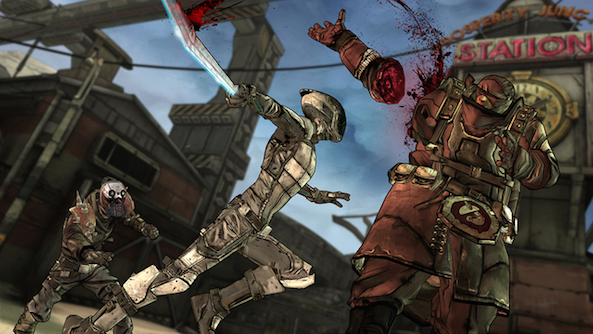 Fans of the Borderlands series will be pleased to know that Telltale Games has added its episodic adventure mechanics to the mix. Players control two shifty characters, Fiona and Rhys, both of whom feel they are owed a hefty load of cash and don’t want to share it. The first of five episodes takes place as a result of two pivotal events in Borderlands 2. As Rhys, you’ll be working toward becoming the next kingpin in Pandora. As Fiona, you’ll be on a mission to pull off a heist of epic proportions. All the while, you’ll be deep in the action as bullets fly around you. Unlike previous Telltale titles, this one is heavy on the action and light on the dialogue. So, be prepared for a firefight. This game is available for $4.99. 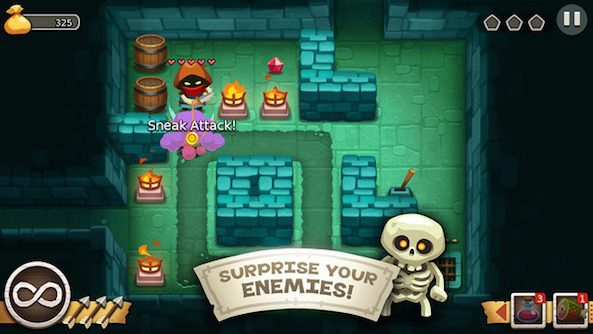 I have a friend that always plays a rogue in our D&D games. He loves being sneaky. I imagine that he looks like the character in this game. Players act as a stealthy thief trying to steal all the treasure and wandering around without getting caught. The game is more than just stealth. If you get caught, you have a chance to escape by hiding, or fight back. You can also kill enemies by sneaking up behind them and stabbing them in the back (stupid rogues). Pick up a bow to shoot items from afar. Chop down bushes to find hidden treasures. This game is available for $2.99. 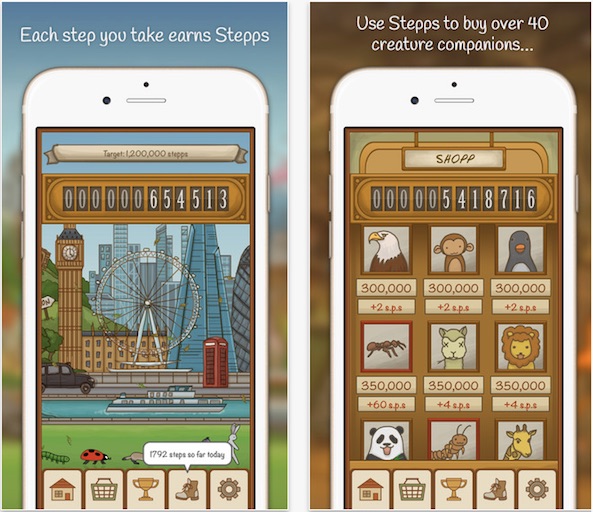 For some of us, motivation to get out and walk doesn’t come easy. That’s why fitness apps like Zombies, Run! are so popular. Playing a game while jogging offers enough of a challenge to get you off your feet. This fitness app is for those that are really unmotivated. Players earn “Stepps,” which are in-game currency, for every step taken. When you purchase an item, like a dog or a penguin, you increase your multiplier. So, if you have enough companions, one step could equal 100 yards (or more). Of course, your actual steps are still tracked, but the fun is in seeing just how far you can go with one step. This app is available for $1.99. 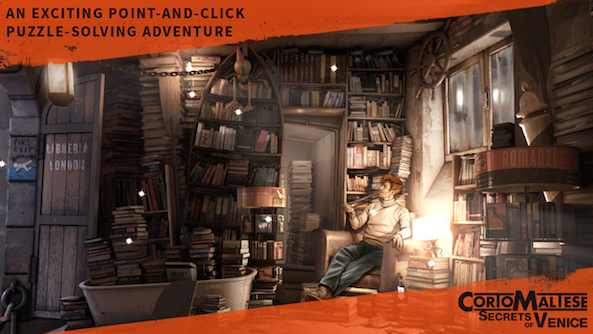 Enter the comic book world of the adventurous sea captain as you search for six missing emeralds. In this point-and-click style game, players seek clues by speaking with characters and solving riddles. Refer to the gazette for help with codes. Pick up items in the room that might be of use to you later on. Interact with characters to find out what is going on, but be careful whom you trust. In this tale of mystery and intrigue, you will travel the streets of Venice in search of an important item. If you find it, you’ll be saved. If you don’t, well you don’t’ want to find out. This game is available for $4.99. 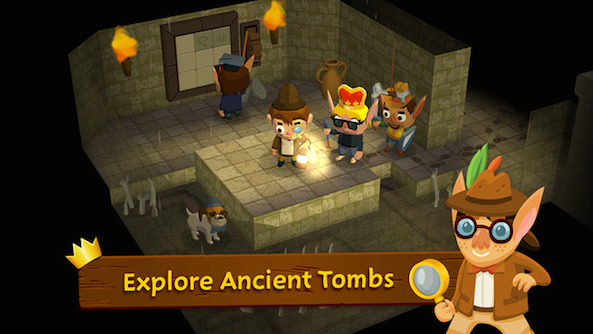 For a more lighthearted sea adventure than the one Corto Maltese has to offer, step aboard Seabeard’s adventure. In this cutesy tale, players search for the missing sea captain who went missing long ago. As you explore the vast world in a Zelda style game, you will go on missions to help your fellow adventurers by performing tasks like clearing pathways and digging for clams. Help rebuild rundown cities and trade with locals. Head out to sea. Go fishing. Feed whales. Battle sea monsters. The world is your oyster and you can do what ever you wish. It’s almost like a mini version of World of Warcraft that is heavy with grinding quests. This game is available for free. 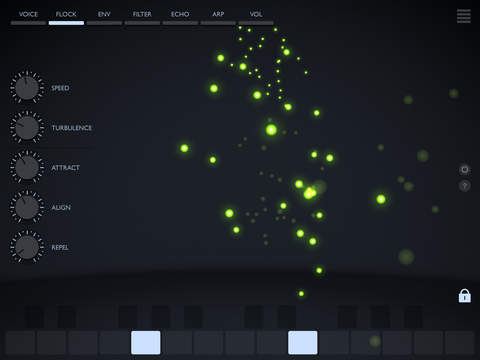 Here’s another one for you iPad synth musicians out there. This one uses groups of oscillators to create unique and epic synthesizer sounds. The programed sound is piped through a virtual engine that is controlled by behavioral algorithms to keep them in tune, while still allowing them to move around in a chaotic way. Users assign variables to the groups like turbulence, attraction, and alignment to manipulate their movement. Those oscillators will then move around on the screen like a flock of birds or swarm of bees and the resulting effect makes a bass heavy sound unlike anything else. This app is available for $4.99. 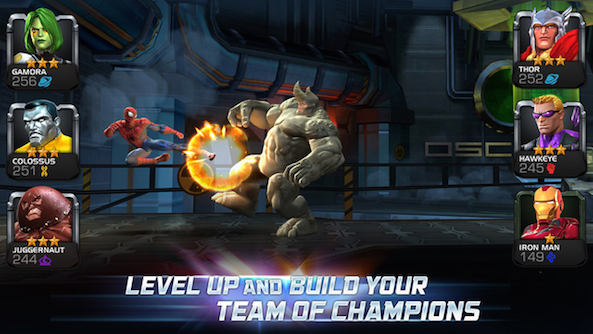 Just in case you haven’t had enough comic book action in your movies, Marvel is back with another super hero game for your enjoyment. In this battle, players go head-to-head against each other using all of the gesture-based controls available. Swipe, tap, and hold to perform a number of different combos. The more you fight, the more heroes and villains you will unlock. Upgrade your heroes to make them strong enough to take on the evil Kang, who is the ultimate boss of this universe. Luckily, you’ll have plenty of time to practice your punches on your friends because they are under the power of The Collector. This game is available for free.