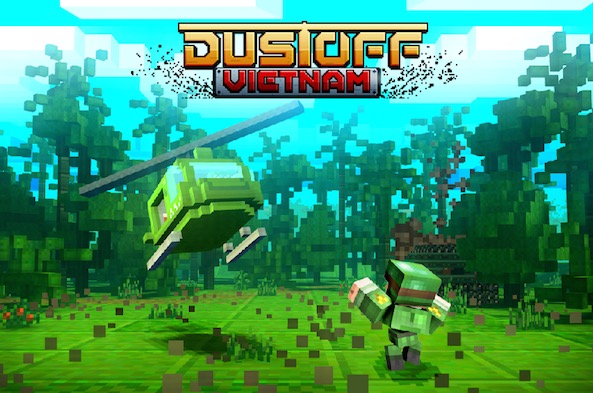 Flying simulation games can be loads of fun because you are tasked at figuring out how to lift off, adjust altitude, and land without crashing. As much fun as it can be learning to fly, it is just as much fun watching your aircraft explode in a fiery ball.

Dustoff Vietnam puts you in the cockpit of a Minecraft-style rescue helicopter as you head into the battlefield to save stolen cargo, hostages, and wounded soldiers in mission after mission. No one ever said war was easy. 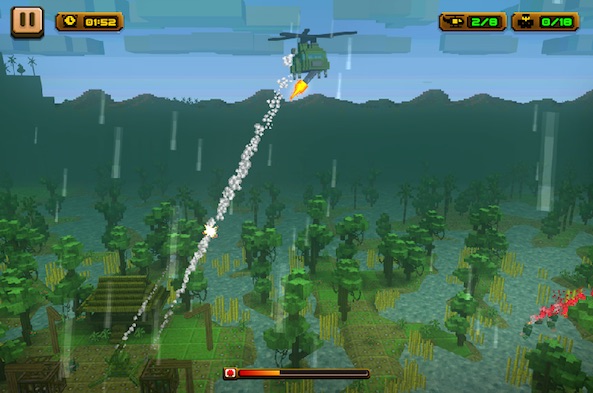 In this blocky jungle environment, players become experts in the art of the “dustoff” rescue. Head to the nearest battle to save one or more victims of war. Fly around nearby encampments to find missing soldiers and then get them safely back to the base camp.

Safety is the key. If you come in contact with enemies, they won’t hesitate to fire on you. If your chopper takes a bullet, it will lose power and eventually even explode in mid-air. Luckily, once you are back at the base, your aircraft will regain full health.

Your helicopter can only fit a certain number of passengers, so you’ll oftentimes have to make multiple trips. You’ll know where friendlies are by the red stream of smoke pluming from different areas. 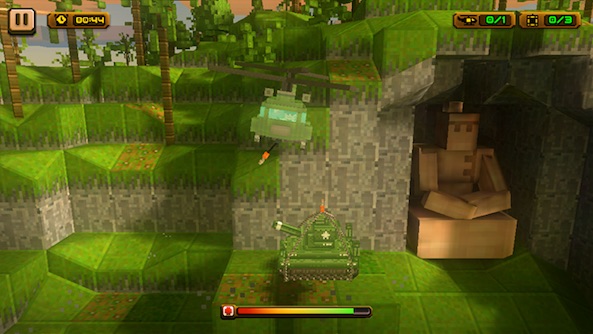 When you come under fire at a rescue location, fire at will or launch a missile attack to take out the enemy before you get taken out yourself.

There are 16 different missions, each with more complicated rescues. You can unlock two additional helicopters by completing missions. Larger choppers come with better weapons and armor and can fit more passengers.

Dustoff Vietnam is available on the iPhone, iPad, and iPod touch for $2.99. Download it in the App Store today.

What do you think of Dustoff Vietnam? Will you be rescuing soldiers tonight?