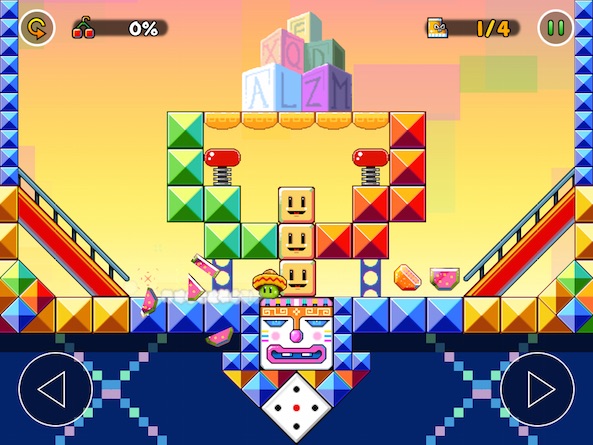 Who would have thought that there was a reason to change the traditional platform game mechanics? It’s one of those “if it ain’t broke, don’t fix it,” concepts. At least, I’d always thought that way.

Bean Dreams is a game that features pretty much everything you think makes up a good platformer. However, there is one major change. Instead of running and jumping, you’re little Bean is nothing but jumps.

Players control a jumping bean as he bounces his way across complex landscapes filled with platforms, spikes, and chomping spiders. In addition to finding all the fruit, you must find and rescue the trapped axolotls. If you can manage the whole thing in a limited number of jumps, you’re in the big time. 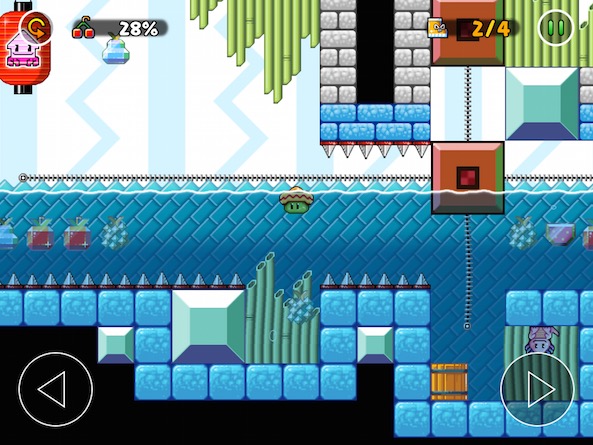 Each level has three goals – get all the fruit, rescue the axolotls, and complete the level in a minimum number of jumps. You can finish a level without reaching any of those goals, but you won’t earn any stars. Stars are used to unlock new worlds. If you aren’t good enough to get a few stars on each level, you might as well head back and play them again.

The first goal, get all the fruits, is fairly easy. Players can bounce as much as they like, collecting fruit from every nook, taking up as many jumps as they like before heading to the exit. Finding an axolotl is the same. It doesn’t matter how far over the jump limit you go because you can always play again for the final goal. 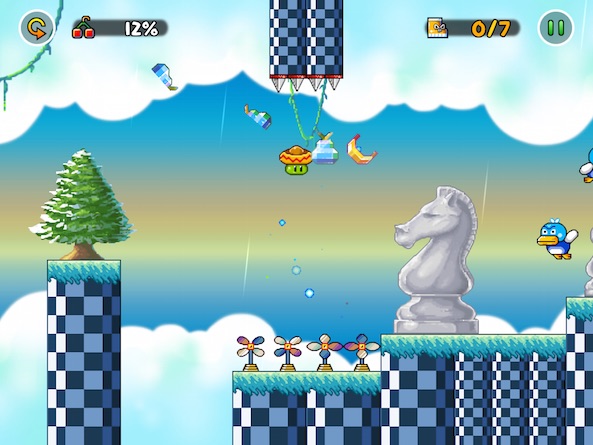 The hard part of this game is getting through an entire course in the minimum number of jumps to earn a star. Players get three options to beat, each one with less steps than the previous. If you reach the first goal, you’ll earn one star, two for the second, and three for the third, which is pretty nearly impossible. On at least one level, the goal is one jump.

The game has a simple control scheme. There is an arrow on the left and right side of the screen. Tap to jump left or right. That’s it. If two-handed tapping is out of the question, you can change the controls in the settings menu to move both arrows to one side or the other.

There are eight worlds with six levels in each for a total of 48 levels, each more bouncier than the last.

Bean Dreams is available on the iPhone, iPad, and iPod touch for $2.99. Download it in the App Store today.