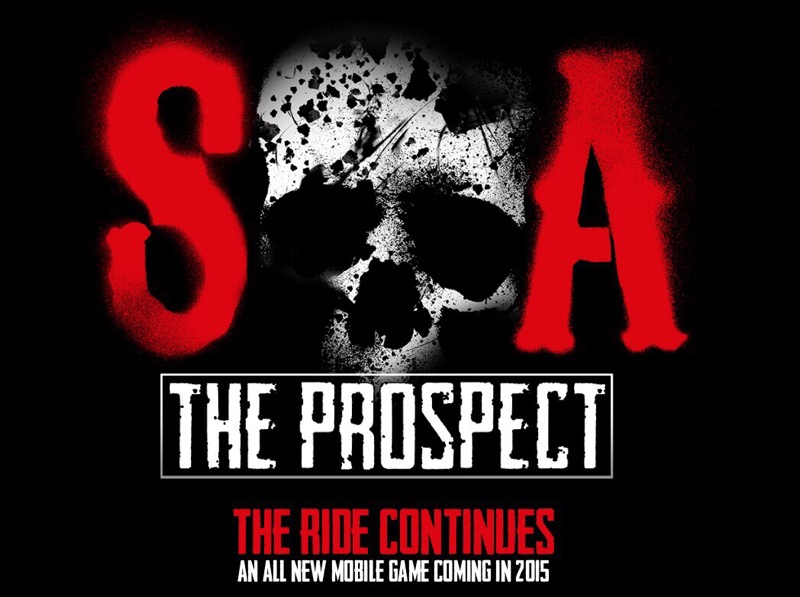 As a big fan of the FX series Sons of Anarchy, I’m pretty excited to learn that Fox Digital Entertainment has partnered with game studio Orpheus Interactive to work on the development of an interactive game titled Sons of Anarchy: The Prospect. Previously teased by SOA creator and executive producer Kurt Sutter, the first episode of the game should make its way to iOS early 2015.

The first episode of Sons of Anarchy: The Prospect sets the stage for a brand new way to take in the Sons of Anarchy universe. Fans of the wildly popular TV series, which is currently wrapping up its seventh and final season on FX, will have a chance to explore an original story, location and previously unknown chapter of the motorcycle club. The interactive, episode-based game takes players on a new ride, with additional episodes becoming available on an ongoing basis. In keeping with the world Sutter has created, this extension of the mythology gives fans a chance to experience the treachery, graphic action, intrigue and life and death decision making they have come to anticipate from the show.

If you’re not familiar with Sons of Anarchy, and if you don’t mind sex, drugs, and violence on TV, then check it out on iTunes: