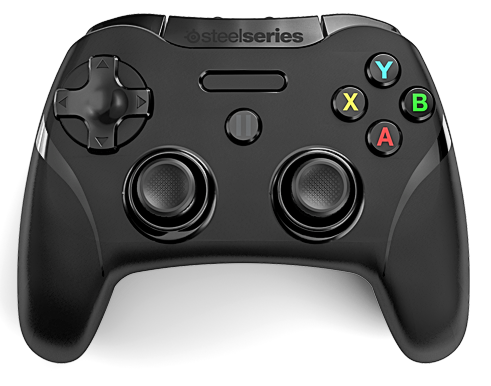 Announced at the Consumer Electronics Show in Las Vegas this January, the Stratus wireless iOS gaming controller by SteelSeries has joined the likes of Logitech’s PowerShell, Moga’s AcePower, Razer’s Kazuyo/Junglecat and C.T.R.L.i by Mad Catz, to name a few.

Similar to the Stratus, the highly-rated wireless iOS controller that launched earlier this year at CES, the new controller features red LED indicator lights found in the middle of the controller that displays the number of controllers or players connected during multi-player gameplay – allowing up to 4 controllers to connect to a single device.

The firm claims 40-hour gameplay with two standard AA batteries. There’s also a power switch to shut down the controller when not in use in order to maximize battery performance.

Like other iOS 7 controllers, the Stratus XL works with a growing number of App Store games which have implemented support for physical controllers, like GTA: San Andreas, Leo’s Fortune and many more.

The full-sized controller will be available later this year over at the SteelSeries webstore and through other retailers.