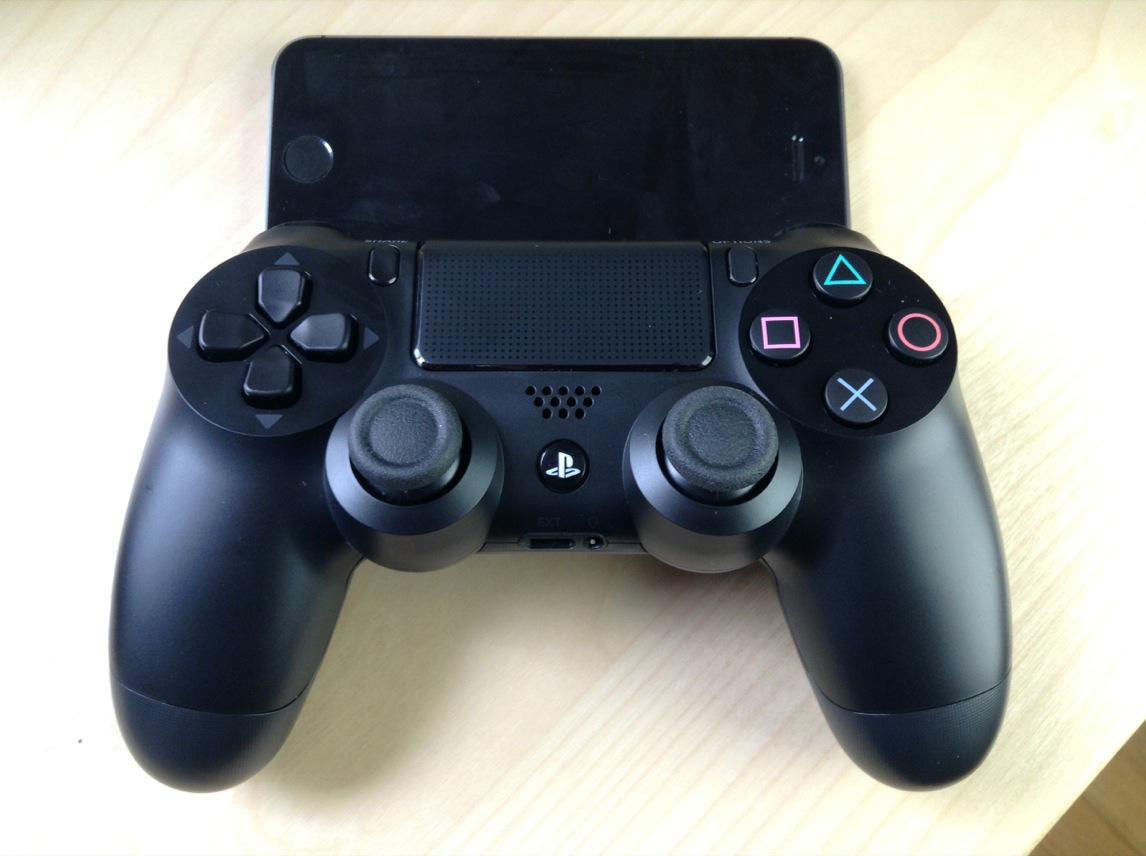 Last week I was super excited to bring you a video walkthrough of Controllers for All, a new jailbreak tweak from Ori Kadosh, that brought true PS 3 Dual Shock 3 controller support to games with iOS 7 controller support. The tweak was pretty groundbreaking, in the sense that it meant that you no longer had to pay $100 for an officially sanctioned, and utterly subpar, MFi controller.

Now Kadosh is back at it again, with his first big update to Controllers for All. This time around, he’s added support for Sony’s latest offering—the much-hyped Dual Shock 4 controller for the PlayStation 4. The awesome thing about using the Dual Shock 4 controller is that you no longer need to use any outside apps, like sixpair, to pair the device with your iPhone or iPad. All of the pairing is done solely between the controller and your iOS device!

To make a long story short, Controllers for All is the ultimate jailbreak tweak for gamers wishing to have have a better gaming experience on iOS. Have a look at our newest video walkthrough for the tweak after the break

After installing Controllers for All 1.1, venture into the stock Settings app where you’ll find a preference panel for the tweak. The preferences look similar to the prefs contained in the previous version of the tweak, except for one small detail: Controller Type. 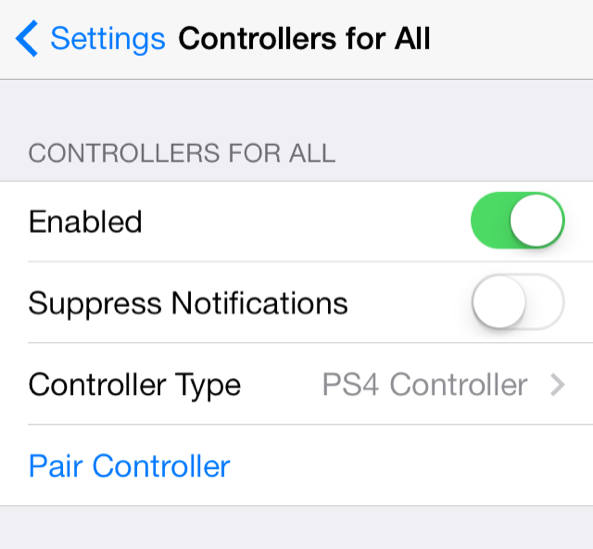 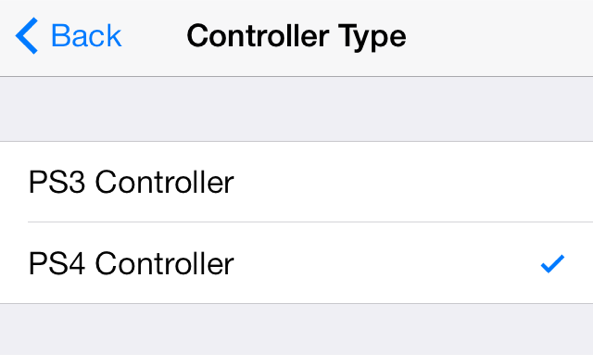 Since you no longer need to perform a complex pairing process using sixpair, you simply tap the pair button to begin the pairing process. Once you tap pair, you’ll be prompted to press the PS button and share button on the Dual Shock 4 controller simultaneously. Doing this for a few seconds will cause the light on the back of the Dual Shock 4 to pulsate rapidly. Shortly thereafter, Controllers for All should pick up the Dual Shock 4 and pair with it. 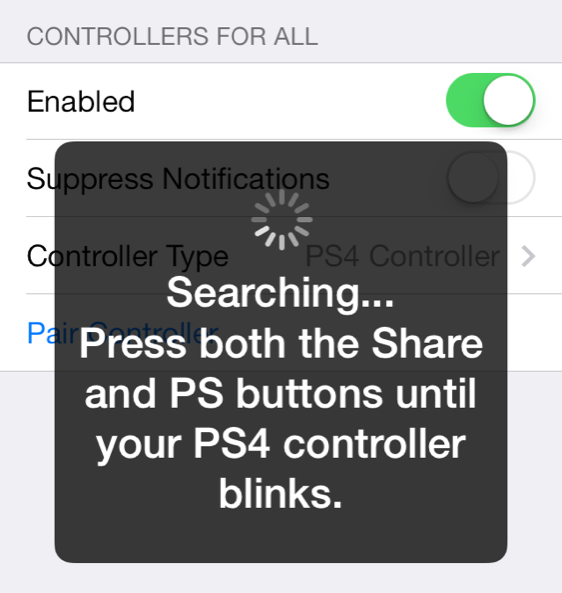 One thing to keep in mind is that you must disable the normal Bluetooth connection when using Controllers for All. Since this tweak uses a different Bluetooth stack, it’s best to open up Control Center and disable the stock Bluetooth option via the quick toggles.

After the pairing process is completed, launch a game that includes iOS 7 controller support. You should them be prompted to press the PS button on the Dual Shock 4 controller to link your Dual Shock 4 to the game.

Keep in mind that not every game that works with iOS 7 controllers includes controller support through the entirety of the game. For that reason, you may still need to use touch input to navigate through menus and the like.

Not as good as the Dual Shock 3 just yet

Support for the Dual Shock 4 isn’t as good as the Dual Shock 3 at this point. Some games seem to not work at all, or are very finicky when compared to when I played the same game with the Dual Shock 3. Other games work, but some of the controller inputs are mapped to the wrong buttons. A good example of this is with Pac-Man. Instead of the d-pad’s down button moving Pac-Man downward, it moves him to the left. Instead of the up button moving Pac-Man up, it him moves right. As you can imagine, this proves to be quite disorienting.

In my initial review, I stated that Controllers for All is a must have jailbreak tweak, and I still stand by that sentiment. If anything, it’s even more of a must-have now that the tweak officially supports the Sony PlayStation 4 Dual Shock 4 Controller. The fact that you no longer need a computer to pair your Dual Shock with your iPhone makes the tweak even better. 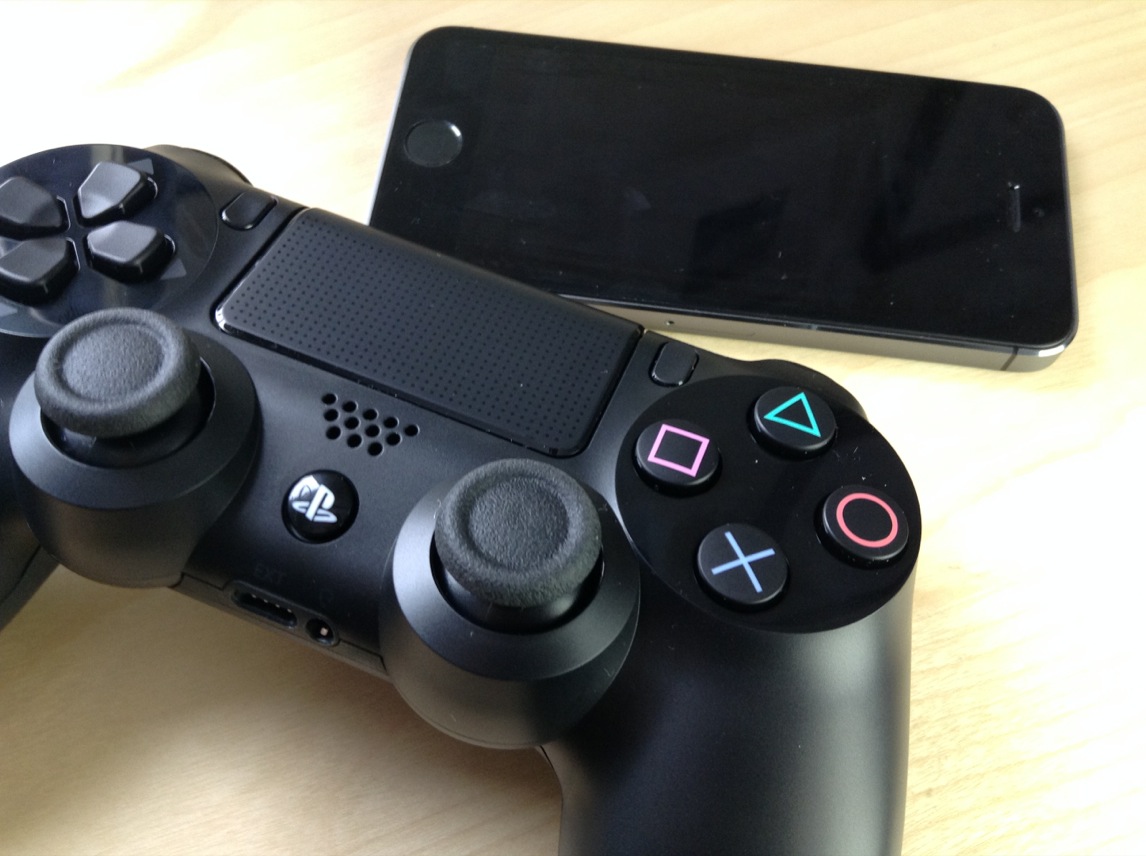 While Dual Shock 4 support at this point is a bit behind the Dual Shock 3 from a pure gaming perspective, the future for gaming is bright for iOS jailbreakers, and I’m sure that Ori has a lot in store for us in future updates. If you want to try Controllers for All, then head over to Cydia’s ModMyi repo where it can be downloaded for $1.99. If you try Dual Shock 4 support, then please share your experience in the comments down below.