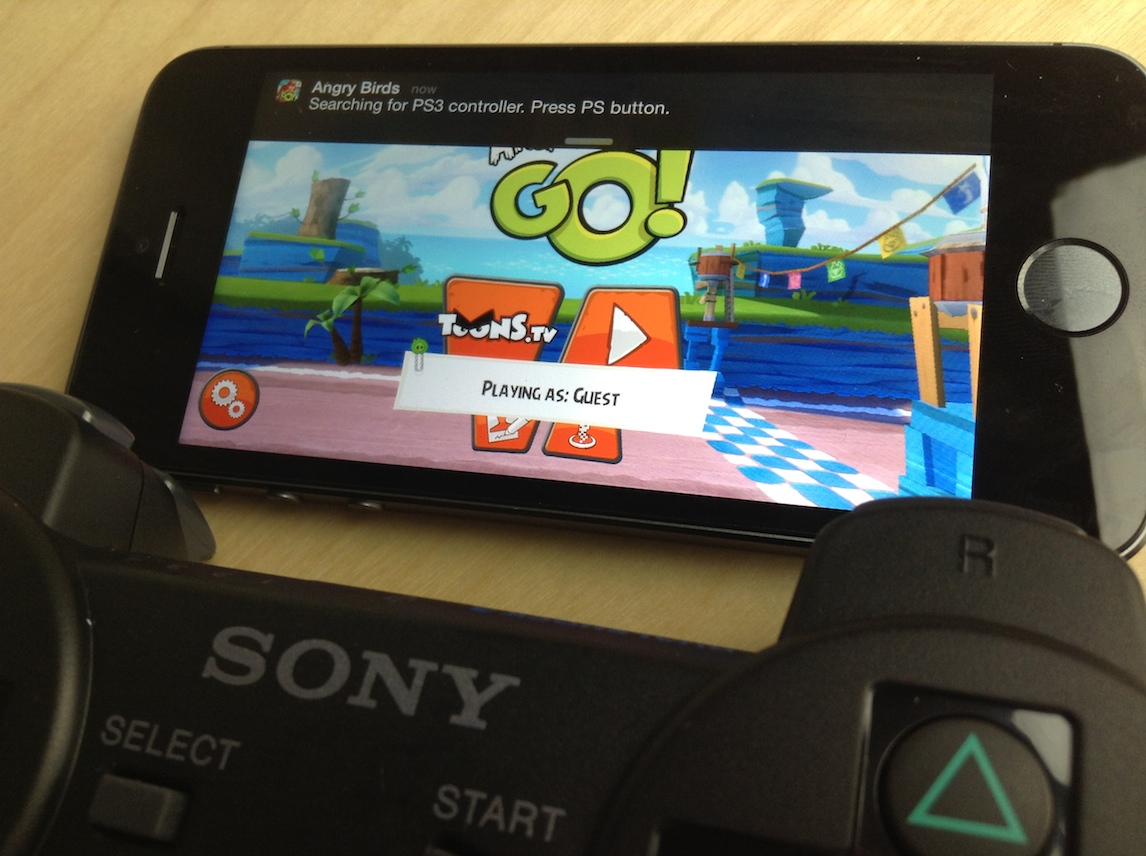 Ladies and gentlemen, the moment that every jailbroken iOS gamer has been waiting for: the ability to use the Sony PS3 Dual Shock 3 with games enabled for controller support. This means that any game that supports a MFi (Made for iPhone) controller in iOS 7, is now fully playable with the Dual Shock 3, no cumbersome configuration required.

Controllers for All really is a game changing tweak for gamers, no pun intended. It also means that you no longer have to shell out your hard earned dough to support the half-baked hardware controller efforts we’ve seen thus far.

Folks, seriously; this tweak is reason enough alone to jailbreak. It basically turns your iPad, iPhone, or iPod touch into a full-fledged legitimate gaming console. And this is just the beginning, as its developer, Ori Kadosh, promises that even more controllers, like the Dual Shock 4, will be supported in future updates.

We’ve got the full hands-on video walkthrough inside. Check it out, you don’t want to miss this.

Once you install Controllers for All, it’s just a matter of pairing your PS3 controller with your iOS device. In order to do this, you’ll need to use a utility called SixPair. This utility can be downloaded for the Mac, PC, or for Linux.

The SixPair utility for Mac

The pairing only needs to be done once, and the SixPair download and instructions for pairing your device can be found here. You’ll need to connect both your PS3 controller and the iOS device to your Mac, PC, or Linux box before proceeding.

Once you have your PS3 controller paired to your iOS device, you’ll need to disable the standard Bluetooth connection on your device, because Controllers for All utilizes the BTstack. Just go into Control Center and turn off the Bluetooth toggle. After Bluetooth has been disabled, fire up your MFi controller enabled game, and press the PS button on the face of the PS3 controller when prompted.

In order to test out Controllers for All, I used Sonic the Hedgehog 2 as my test game, and it worked gloriously. I know that games like Asphalt 8, and Angry Birds Go! Have support as well.

Sonic the Hedgehog 2 was a great test game, because even the menus respond to controller commands. Not every game supports controllers throughout the entirety of the experience, but I suppose that as time goes on, developers will be more diligent about including support from beginning to end.

The above video shows Sonic 2 running on the iPad connected to a 50″ screen with Apple’s Lightning Digital AV Adapter. Doing this is the best way to get a true console quality experience, because you don’t have the lag introduced when using an AirPlay + Apple TV type of setup.

Controllers for All doesn’t feature much in the way of settings, but that’s because the tweak truly does pride itself on being as straightforward and plug-and-play as possible. You will find an option to suppress the pairing notifications that you receive when firing up a game, but that’s about it. 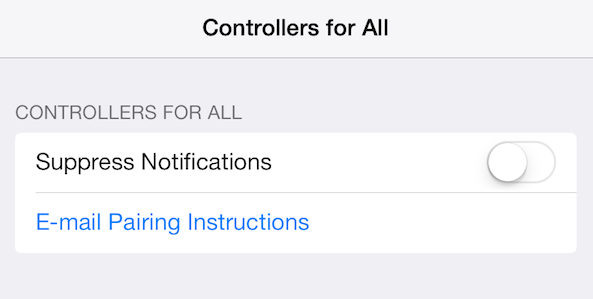 You can suppress paring notifications in the tweak’s settings

Controllers for All is a $1.99 download from Cydia’s ModMyi repo, and at that price I feel that it’s an absolute steal. As I stated before, for $1.99, you can unlock an extreme amount of value out of your iPad, iPhone or iPod touch. It’s like having a new gaming console that works like real consoles do. And I haven’t even touched on the prospects of hooking up your device to an Apple TV enabled television. Can you say authentic console experience? I can!

Let me know what you think about Controllers for All in the comment section below. I’ll be updating this post with new information as I put this tweak through its paces.

Here is a Reddit link containing a list of all of the compatible iOS 7 controller compatible games. Special thanks to iPhone Guru for the link.