Apple’s iPhone 5 is far superior to the iPhone 4S/4 in terms of the camera performance in low-light conditions. The industry hasn’t stood still either and has been inching forward since last September’s iPhone 5 debut. Specifically, Nokia’s high-end Lumia smartphones have emerged as the mobile imaging devices to beat.

It started with a rather bizarre ice-breaker ‘Zombie’ ad which set the overall tone two months ago. Then came Nokia’s take on Apple’s ‘Photos Every Day’ ad and now two more commercials have arrived to proclaim the Lumias the king of low-light mobile imaging…

Both ads feature friends having a wild time partying and taking random snaps at night.

The following day dudes are having a hard time remembering the last night. No problemo, as one of them pulls out a phone that looks a lot like Apple’s device to check out the snaps. Predictably, they can’t discern a thing until the other guy checks out the party images on his Lumia.

This just came in today.

Another one from a week ago.

That generic handset looks like the iPhone 3GS, no?

Don’t get me wrong – I love tongue-in-cheek advertising as much as the next guy – but seriously, whoever did these spots should be fired. I can’t understand how on Earth these commercials are supposed to persuade an average viewer to get up from their couch and buy a brand spanking new Lumia 925.

Needless to say, Nokia is quick to highlight the Lumia 925’s Carl Zeiss Optics, the Optical Image Stabilization feature (wait, what?) and the overall camera performance allowing you to “capture your night like no other smartphone”.

Regardless of where your heart lies, Nokia’s claim isn’t far from the truth.

As you know, Apple is expected to unveil the iPhone 5S at a media event due September 10. 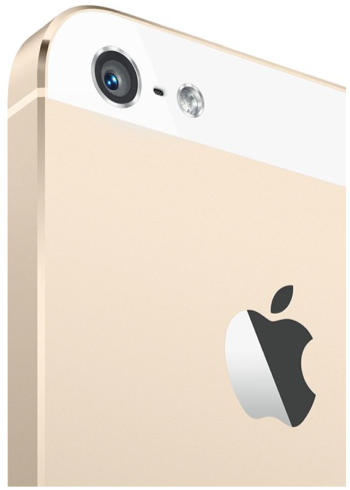 Featuring the iPhone 5’s two-tone design, the handset is said to bring advancements in the camera department, especially in terms of low-light performance improvements attributed to a tweaked camera design, the rumored inclusion of dual-LED flash, super slow-motion video capture at 120 frames per second and a larger aperture to let more light in.

The rumor-mill is still undecided as to whether Apple will give the iPhone 5S a twelve-megapixel camera or borrow the iPhone 5’s eight-megapixel sensor.

To me, Nokia has always been about build quality, design and mobile imaging. If the new Lumia lineup is anything to go by, Nokia’s unique selling points have hardly changed.

As for these commercials, I’m very much puzzled that Nokia isn’t pitting its latest 41-megapixel Lumia 1020 against the iPhone.