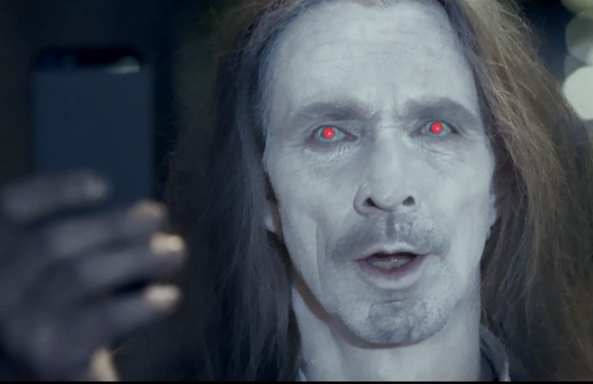 You know you’re doing something right when your competition spends more time in its commercials bad-mouthing you and your products than it does actually advertising its own. So Apple must be doing something extremely right.

We’ve seen it with Samsung, we’ve seen it with Microsoft, and now Nokia is getting in on the action. The Finnish handset maker released a new ad this morning that portrays iPhone users as mindless zombies. Full clip after the fold…

I get the concept here. The ad is really about how the Nokia Lumia 925 can take great low-light photos, even without a flash, while at the same time making a tongue-in-cheek reference to iPhone users. And hey, zombies are super in right now.

But honestly, I think the ad is awful. It’s poorly produced, and comes off as a bit desperate. And the worst part is, you rarely see the Lumia 925 handset or its ability to take high quality low-light photos—which was the whole point of the ad.

Nokia’s new Lumia 925 ad is horrible. Showed it to my girlfriend. Her exact words: “No wonder they’re broke.” https://t.co/W5rDQwOYE7 | $NOK

The new Nokia Lumia ad makes absolutely no sense whatsoever. What exactly are the selling? https://t.co/rvZVYcribe

And these kind of responses seem pretty par for the course in my Twitter stream, though admittedly I have seen a few people say they liked the spot. But you have to wonder what the general public will think once this ad airs on television.

Will they get it? Will this commercial make them want to drop what they’re doing and go grab a Lumia 925?