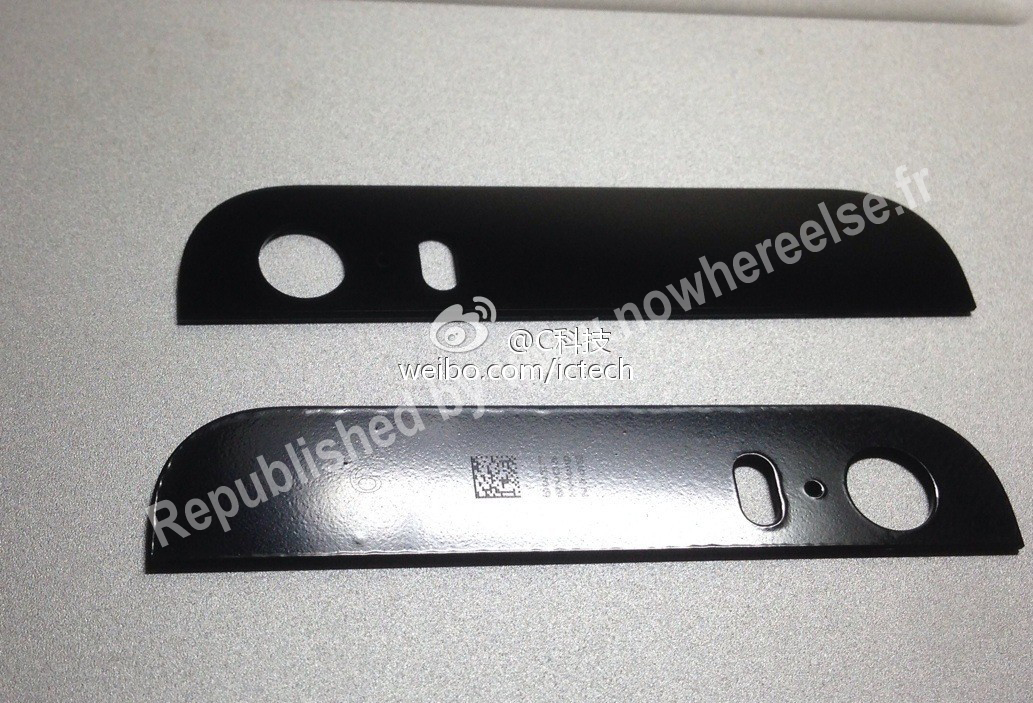 Apple’s upcoming iPhone 5 refresh, the iPhone 5S, is expected to further appease to iPhone photographers by increasing the back iSight camera resolution from eight megapixels on the current model all the way up to twelve megapixels.

Apple is thought to be giving the iPhone 5S a dual-LED flash module, a first for the iPhone. The technology should allow for improved low-light shooting and more natural looking photographs, especially those taken under artificial light.

The French blog NowhereElse.fr on Monday published a photo showing what looks like a back iPhone part – the top glass strip to be precise, with a taller LED flash hole next to the iSight camera hole…

NowhereElse has reposted the images originally posted by a user on Chinese microblogging site Sina Weibo.

As seen top of post and below, the part looks much like the top glass wedge from the current two-tone iPhone 5 design. Unlike the actual aluminum backplate, the strip is made from glass to allow radio signals to pass through the device’s chassis.

The twice as tall window will presumable accommodate for a larger dual-LED flash module. The iPhone 5S‘s camera module assembly may also be completely independent of the flash module as opposed to the iPhone 5, which has a ribbon attached to the camera part. 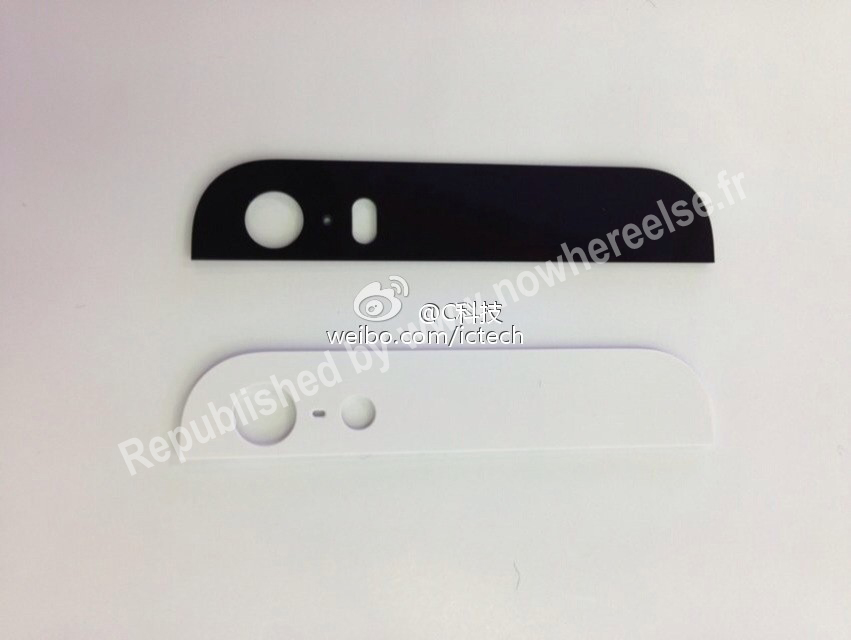 iLounge was first to report back in January that the next iPhone will include a larger flash module in addition to a thirteen-megapixel camera module, mentioning Sony as Apple’s likely CMOS sensor pick.

Be that as it may, the reliable KGI Securities analyst Ming-Chi Kuo in March confirmed the dual-LED flash theory. He thinks the 5S will feature what he referred to as an all-new Smart Flash system, which can use a white or yellow flash based on lighting conditions.

There’s also evidence that the iPhone 5S will enable super slow-motion video capture at 120 frames per second. AllThingsD heard from sources (and The Loop corroborated) that Apple is scheduled to unveil the new iPhones at a media event on September 10.