There’s a new jailbreak tool in town, but before you jump to any conclusions and run to grab that dusty iOS or iPadOS 15 device you’ve been hanging onto, let’s just clear the air really quick – the tool in question is only intended for 32-bit iOS 9 devices. 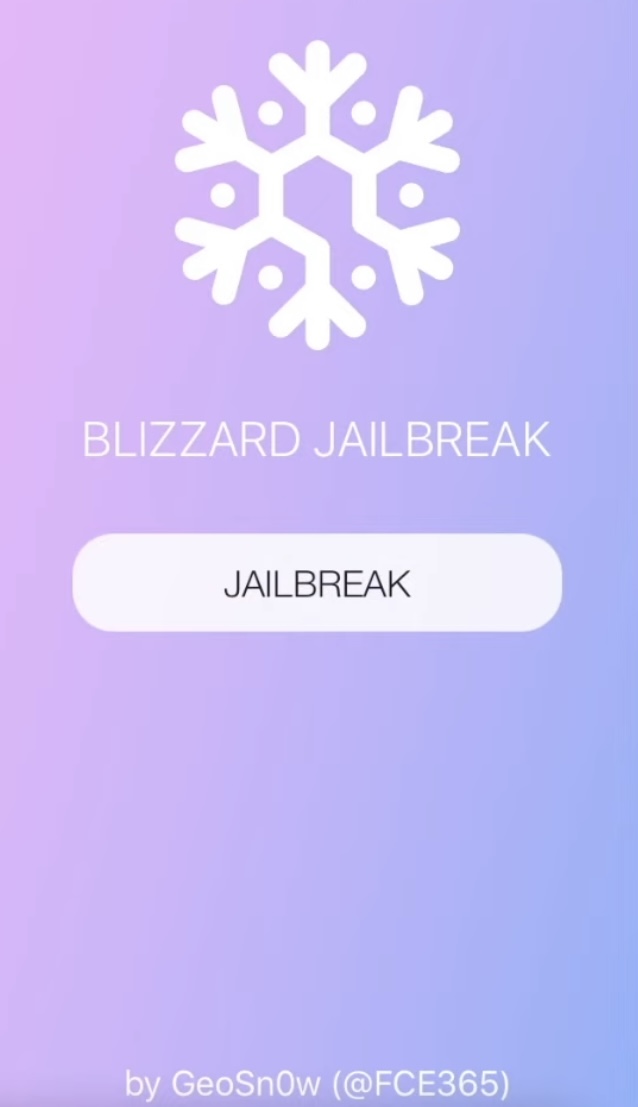 We’re speaking of course about Blizzard, a new jailbreak tool by GeoSn0w (@FCE365). It’s a semi-untethered jailbreak for 32-bit devices running iOS 9.0-9.3.6, which means that it comes in the form of a sideloadable .ipa file and can be installed via utilities like Sideloady. Unfortunately, AltStore & AltServer do not support iOS 9.

For those unaware, 32-bit devices include the A5, A5X, A6, and A6X chipsets. Devices that have these chips include those listed below:

Blizzard joins a handful of existing iOS 9-supported jailbreak tools including the likes of Home Depot, kok3shi, openpwnage, Pangu, Phœnix, and p0laris, with each one having its own unique caveats with respect to support for firmware versions, support for 32-bit or 64-bit devices, or being semi-untethered or untethered. You can learn more about those caveats by clicking the links in this same paragraph.

The Blizzard jailbreak tool uses the Phœnix exploit and is entirely open source on GeoSn0w’s GitHub page, which contains a running list of releases along with their associated change logs. The jailbreak also installs Cydia as the main package manager app and installs Dropbear so that users will have SSH capabilities without having to install OpenSSH.

Careful attention was paid to keep the Blizzard jailbreak’s open-source code simple. This is because the jailbreak is intended to be a working example to entice beginner jailbreak developers who may want to learn how to make jailbreak tools of their own in the future. The jailbreak also includes a modified bootstrap that excludes inactive repositories, such as ModMyi.

Blizzard has already been updated to version 1.1 at the time of this writing, less than a day into the release, with miscellaneous improvements.

While much of today’s attention has been laser-focused on the development of an iOS & iPadOS 15 jailbreak called Cheyote by the Odyssey Team, GeoSn0w says his ambition to create Blizzard stems from nostalgia for iOS 9, as this firmware reigned supreme about the same time that he began the iDevice Central YouTube channel.

Having said that, while most users are well beyond the scope of iOS 9 or the devices that run it by now, anyone with supported legacy devices is free to try Blizzard out or attempt learn how to develop jailbreaks from its source code.