While many are waiting for a jailbreak for the newest hardware and software combinations available today, we’ve witnessed an uptick in the number of legacy jailbreaks for older device and firmware combinations over the past several months. 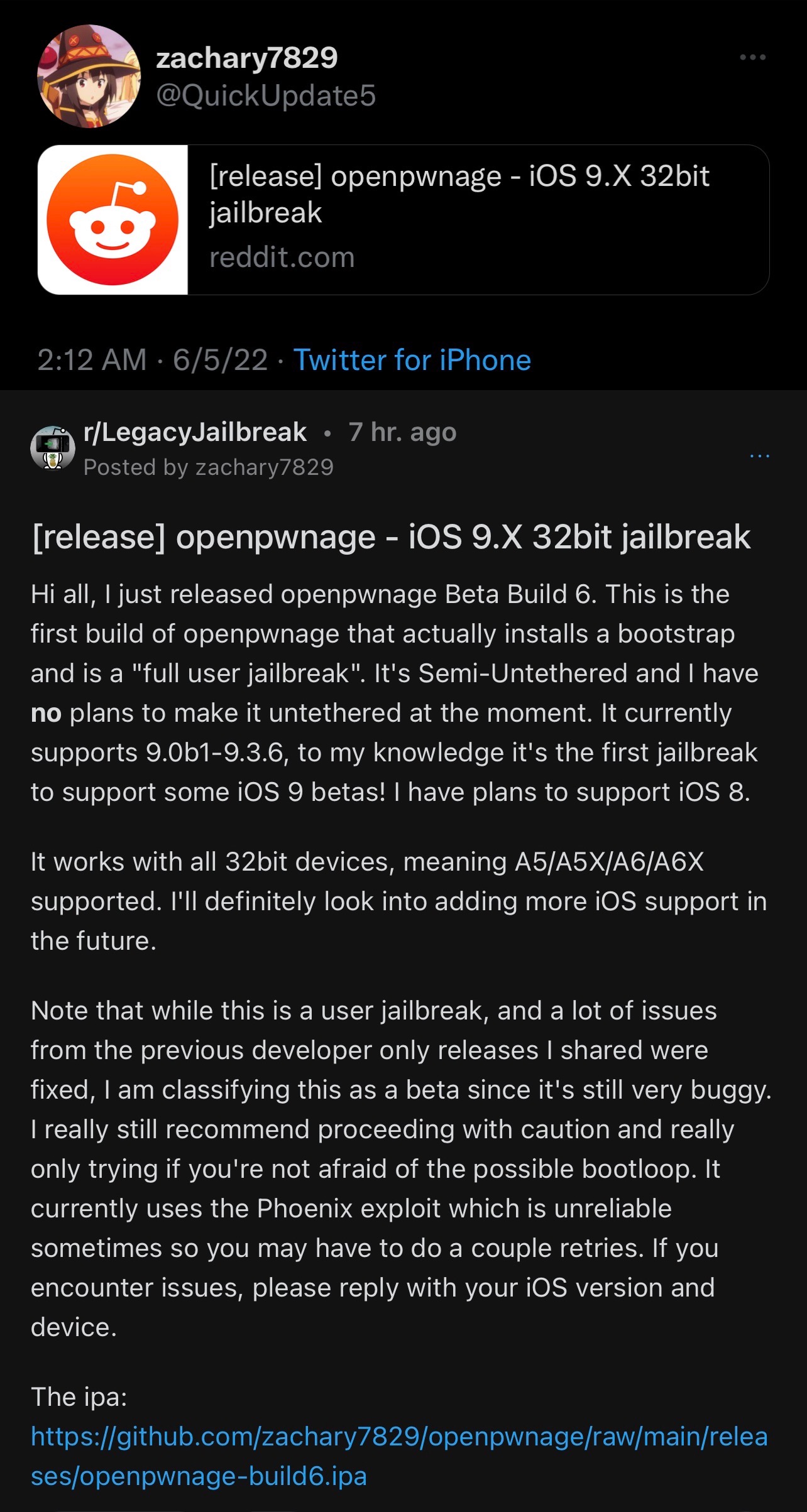 Citing the details, it seems that openpwnage supports even previously unsupported beta versions of iOS 9 on supported handsets, and furthermore, there are plans to support versions of iOS 8 in the future. It’s noted to harnesses the Phoenix exploit to jailbreak supported devices.

At this time, the developer classifies openpwnage as a beta because there are bugs, however future updates to the tool will improve its reliability and expand its capabilities. According to the developer, the biggest risk after using this beta jailbreak is a boot loop, so it’s only recommended for developers and advanced users at this time.

The openpwnage jailbreak is available via the developer’s GitHub page, and we’d like to reiterate that it’s only intended for iOS 9.0 beta 1-9.3.6 devices — not for the latest device and firmware combinations.

Do you plan to try the openpwnage jailbreak? Discuss on the comments section down below.