While the bulk of jailbreakers today, even prospective ones, are either using or waiting for modern jailbreak tools, it might be of interest to at least some in this community that there’s a new jailbreak in town called p0laris by @__spv for devices running iOS 9. 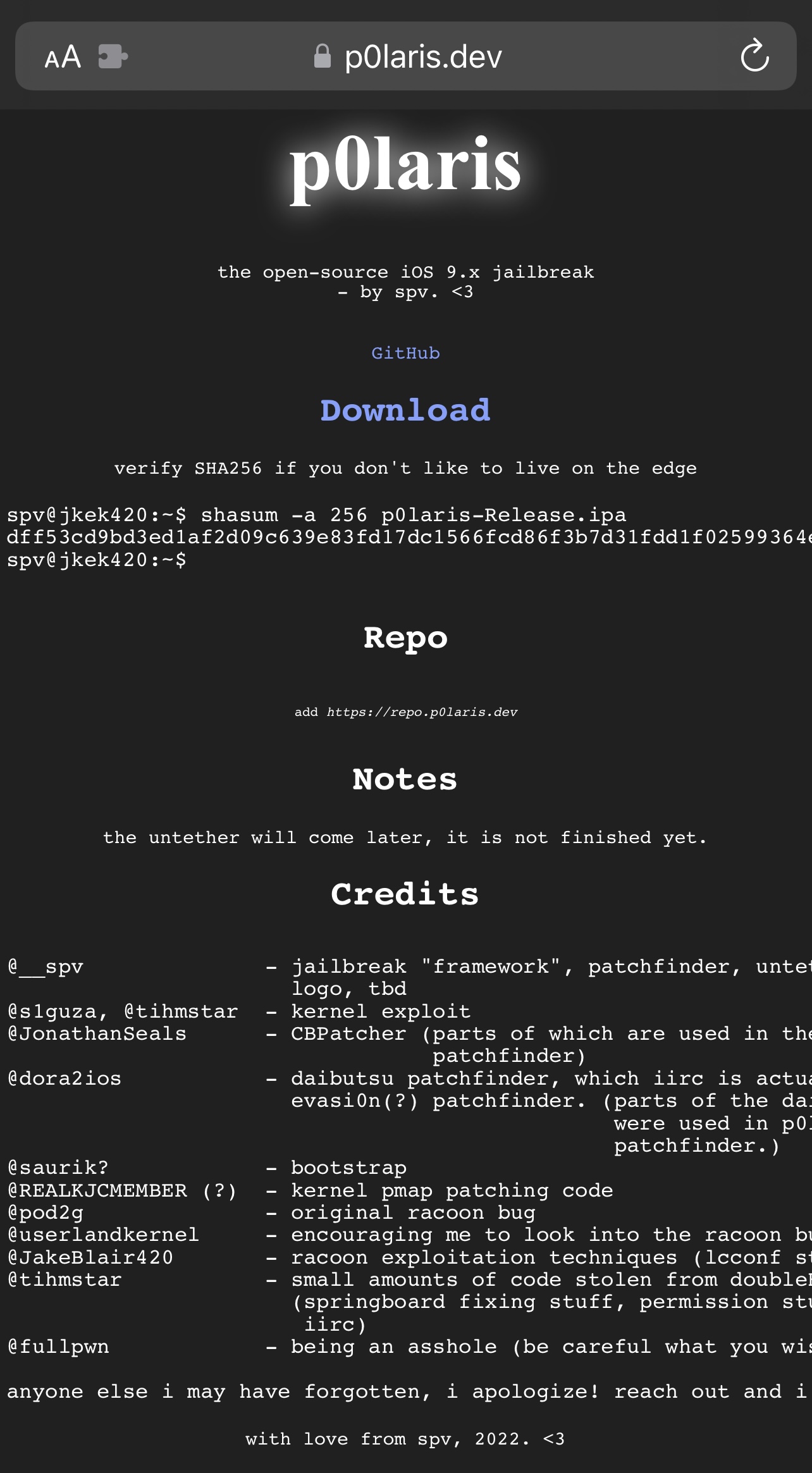 Citing the official p0laris.dev website, this jailbreak supports all versions of iOS 9.x, which includes some of the latest iOS 9 releases on 32-bit devices such as 9.3.5 and 9.3.6. Support for additional devices is expected to come later, along with an untether that is purportedly in the works.

As of now, the p0laris jailbreak is semi-untethered, which means that the user will need to sideload the p0laris .ipa file, with a computer application like Sideloady or Xcode, since AltStore and AltServer are not compatible with iOS 9 devices.

Another worthwhile mention is that p0laris is fully open source on GitHub for anyone who might want to learn more about how it works under the hood.

Since some users are surely thinking “iOS 9 is more than 5 years old, so who cares?,” it’s important to point out that some users of the kok3shi jailbreak considered it to be l unstable, or the exploit too unreliable. The release of a new jailbreak means potential for greater stability for those using said firmware versions.

Whatever your take on new legacy jailbreak releases might be, I personally find it fascinating that there are still individuals dedicated enough to continue working on legacy firmware jailbreaks for those who still own and operate old handsets on those versions — even as mere hobby devices.

If you haven’t already, be sure to check out the new p0laris jailbreak on the official p0laris.dev website, and if you use it, let us know how it worked for you.