The macOS version of AltServer received an important update Wednesday afternoon, officially bringing the popular sideloading platform for iPhones and iPads up to version 1.4.8. 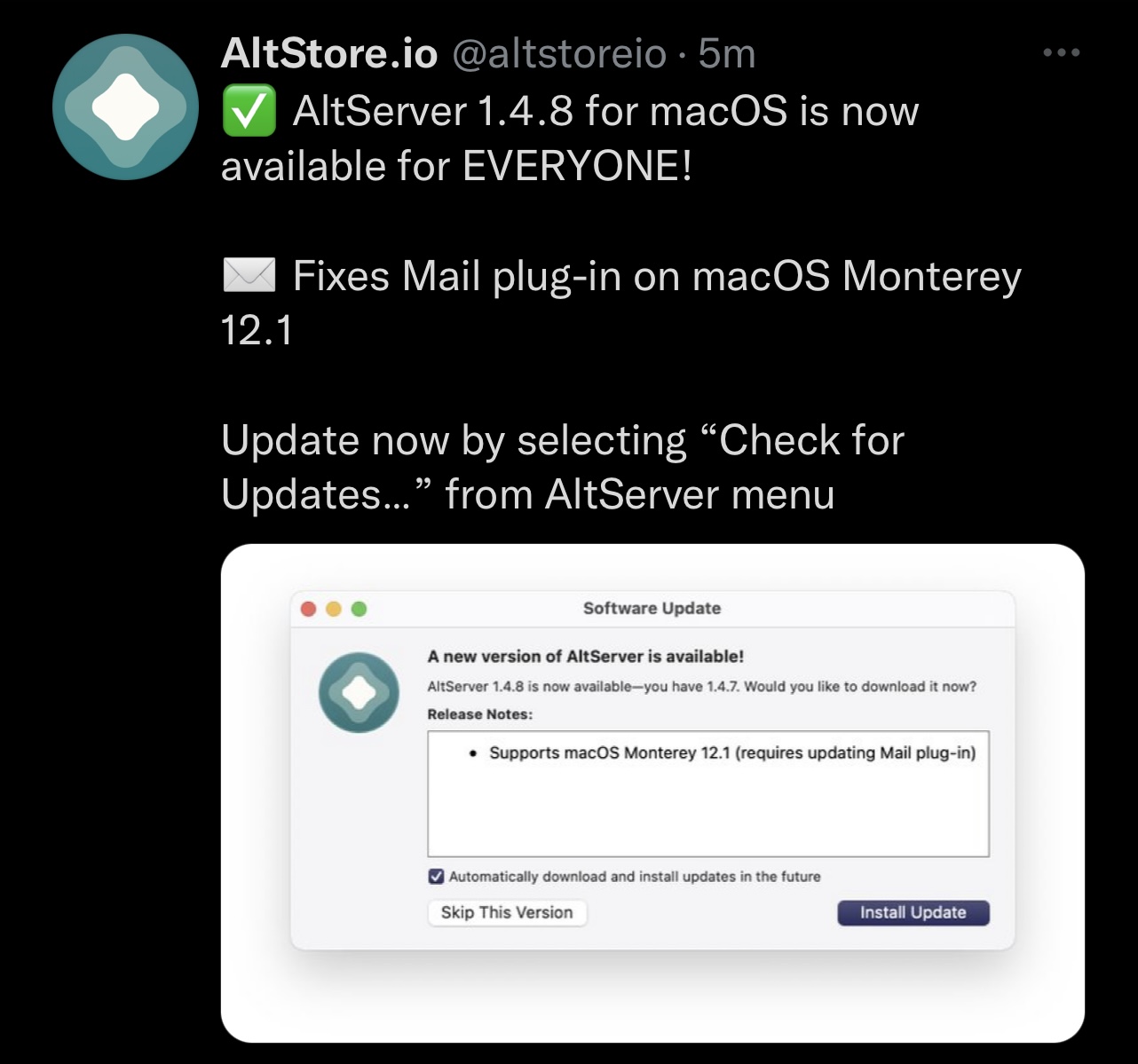 Citing the announcement made this afternoon by the official AltStore Twitter account, today’s AltServer update is immediately available for all users rather than being only initially released to beta testers before everyone else.

Jailbreakers who use side-loadable jailbreak apps such as Odyssey, Taurine, or unc0ver have come to rely on tools such as AltServer for routine app signing, and that’s one of the reasons why today’s update is so important.

AltServer is not just used for jailbreaking, as it can install any .ipa file using an Apple ID associated with a free or paid developer account. This makes it ideal for installing apps that are not approved by the App Store, modified apps, and even game emulator platforms.

If you’re already an AltServer user, then you can update your current version to v1.4.8 by visiting The AltStore icon in your Mac’s Menu Bar and selecting Check for Updates. Users may need to restart their Mail app after installing the latest version of the Mail plug-in.

Those not already taking advantage of AltServer can download it for macOS or Windows from the official website. We have several tutorials showing you how to install popular jailbreak tools with it on macOS below:

Have you downloaded the latest version of AltServer for macOS yet? Be sure to let us know in the comment section down below.