Tips for when an unknown AirTag is with you

Your iPhone will alert you with an “AirTag Detected” message when it finds a nearby AirTag that’s not registered to your Apple ID. Similarly, an “AirTag Found Moving With You” notification will pop up on your iPhone if an unknown AirTag is seen moving with you over time.

In case of the former, contacting an AirTag’s owner may be easier said than done unless they have put the device in Lost Mode and left a custom message, like their phone number, that you could reveal by holding your iPhone or NFC-capable Android handset next to it.

In the latter’s case, however, you should act swiftly because your safety could be at risk. The right course of action would be to tell law enforcement that you are being tracked by bad actors. The police can in turn work with Apple to identify an AirTag’s serial number, according to a support document on Apple’s website.

How to find an unknown AirTag’s serial number

You have two ways to reveal the serial number of an unknown AirTag.

You can use Apple’s Find My app to reveal information like the serial number. Or, you can get your iPhone to read an AirTag and reveal its serial number without using the Find My app.

To find the serial number of an unknown AirTag that’s not near its owner without the Find My app, simply hold the device near your iPhone or NFC-capable Android handset and tap a notification that appears to reveal the serial number on Apple’s Found site in Safari. 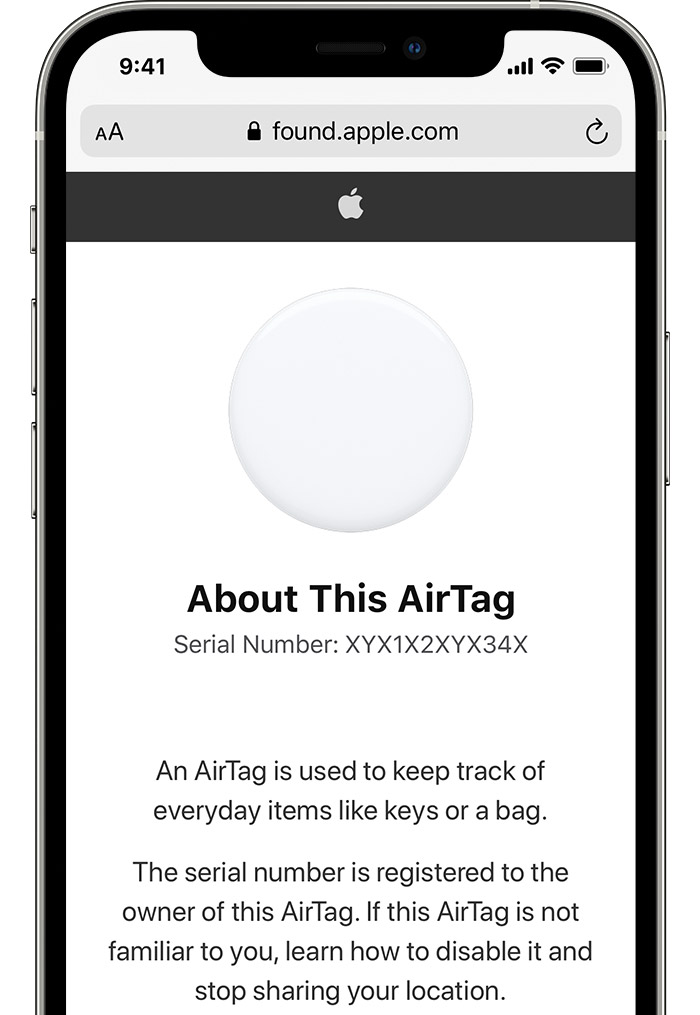 The serial number is printed right below the “About This AirTag” heading.

Holding an AirTag near your iPhone or Android phone and tapping the notification that appears will open a webpage with the serial number shown.

If this AirTag was planted on your or was registered on someone else’s Apple ID account, you may want to report it to your local law enforcement. 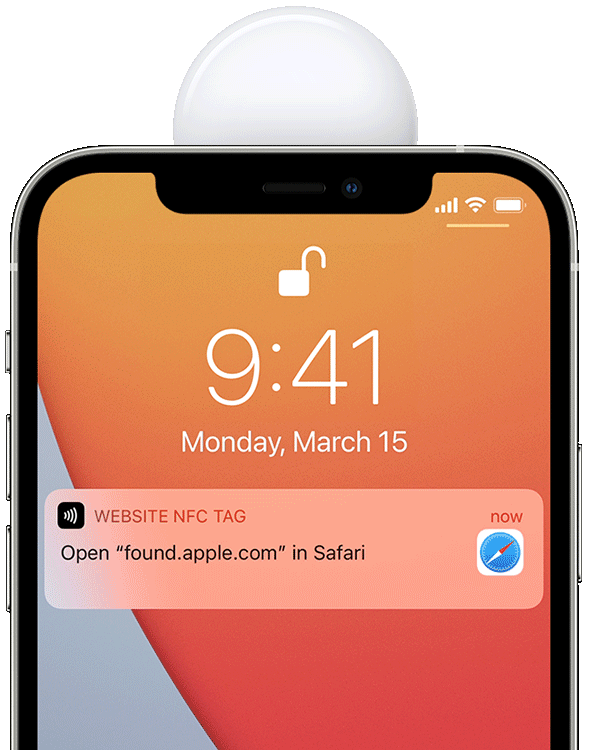 Apple responds to any requests by police to identify these serial numbers.

The “About This AirTag” page also displays other AirTag information. For instance, you can see there if the original owner has left a Lost Mode message, like their phone number.