One of the AirTag safety features that Apple designed to discourage unwanted tracking shows a notification when your iPhone senses an unknown AirTag moving with you over time.

Besides AirTag, AirPods (3rd generation, Pro, Max), and other Find My network accessories can also be used to track. When that happens, you may see one of the following notifications:

This tutorial focuses on what to do when an unknown AirTag is detected and found moving with you. 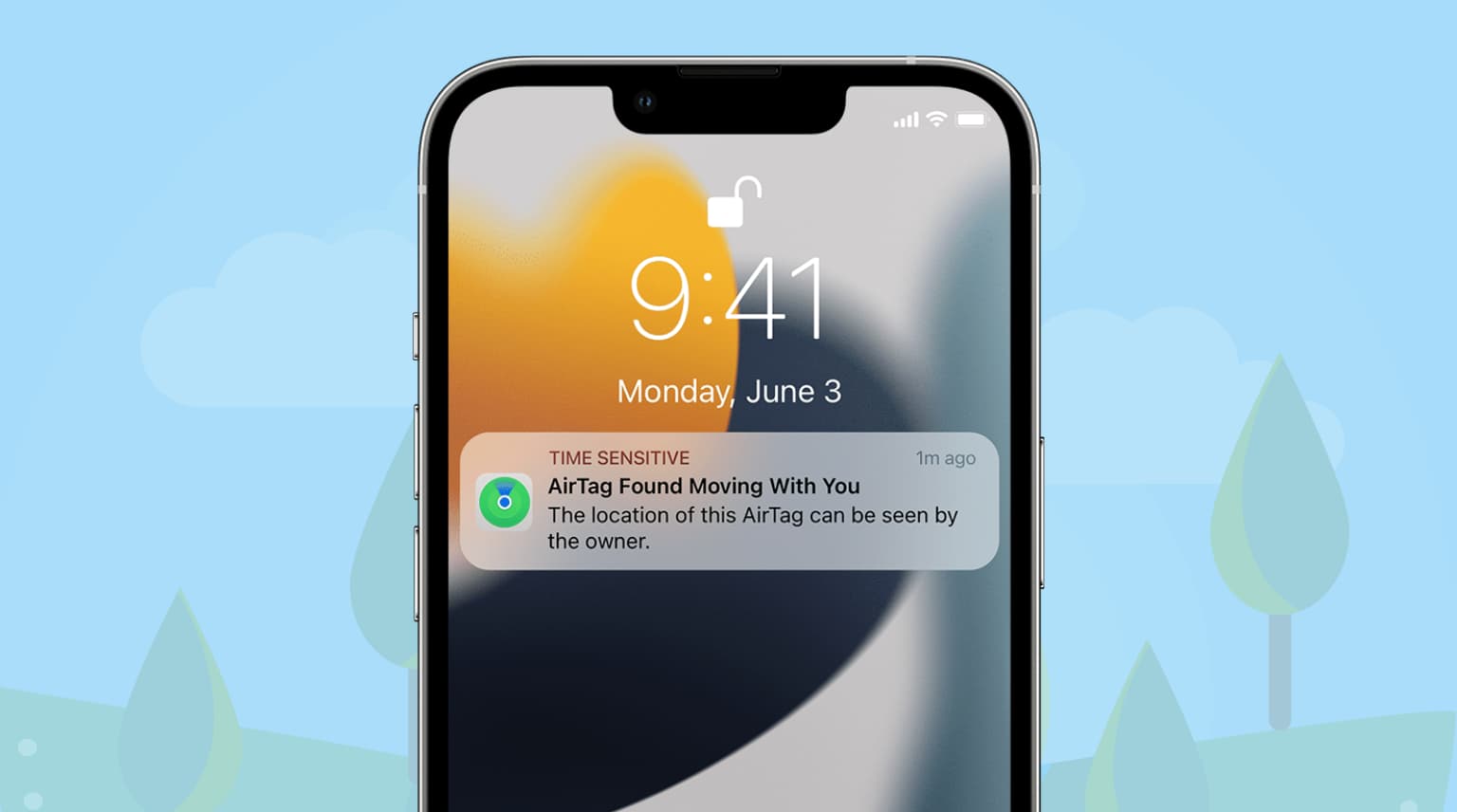 Here's what you'll learn in this tutorial... Show the table of contents
1) Avoiding unwanted tracking with AirTag
2) How to disable an unknown AirTag
3) When resetting an AirTag makes sense
4) Other actions for an “AirTag Found Moving With You” alert

The AirTag was unveiled in April 2021 as part of Apple’s “Spring Loaded” product event.

With it, you can easily track personal belongings like your car keys, wallet, purse, backpack, luggage, and other items (don’t attach an AirTag to pets or kids). You can track your AirTags in the Find My app. The AirTag uses Bluetooth for communication with nearby iOS devices and Apple’s U1 chip for spatial awareness that enables a feature called Precision Finding. 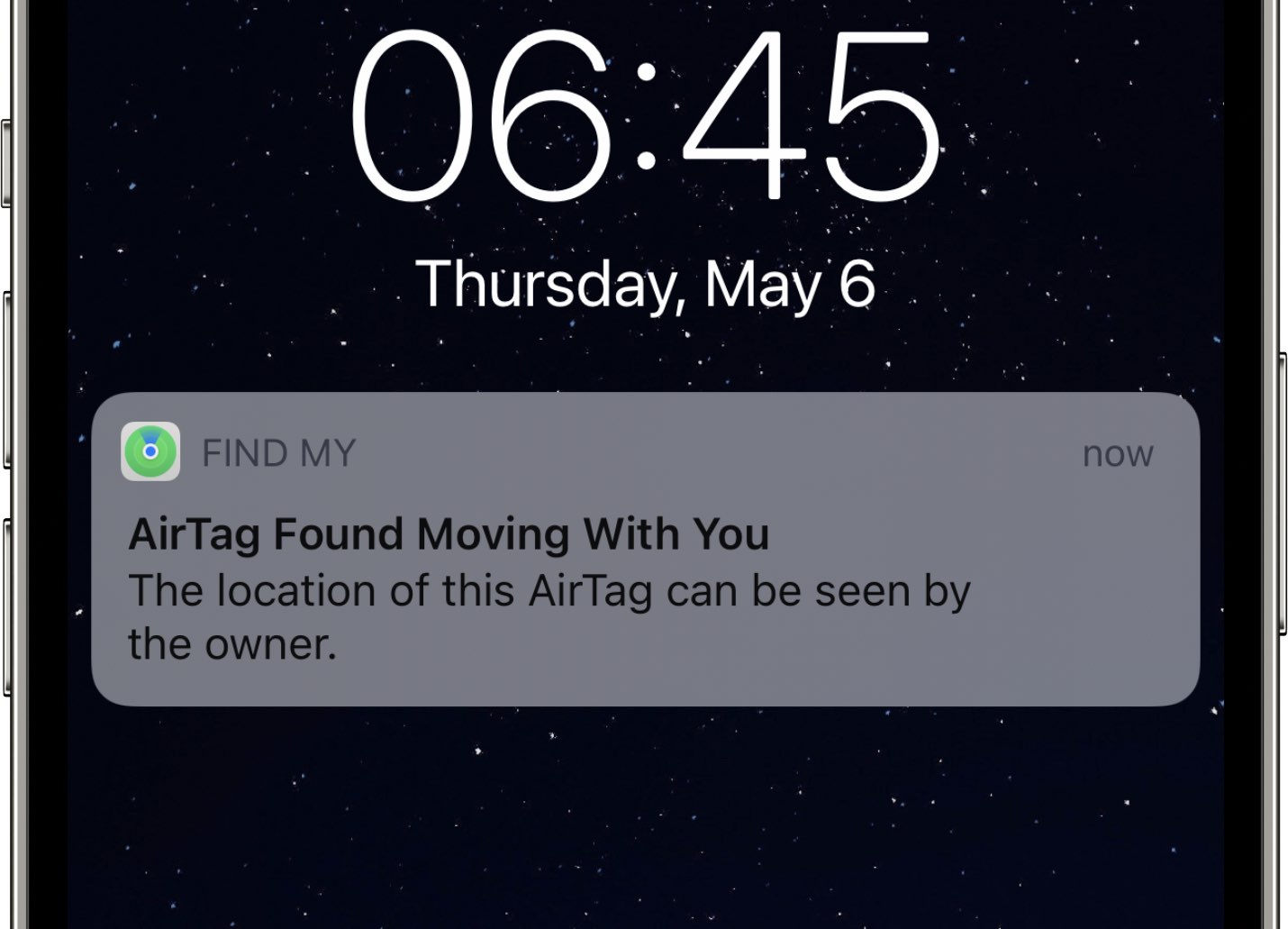 Imagine someone slipped an AirTag into your bag or pocket to track you as you go about your day. Thankfully, Apple gives you a few AirTag safety features to discourage misuse.

This lets you find your own misplaced AirTag, even if you don’t use an iOS device.

How to disable an unknown AirTag

If you see an “AirTag Found Moving With You” message on your iOS device, you can simply dismiss it as you normally would or, preferably, disable the unknown AirTag altogether.

You can also hit the Play Sound option if you don’t know where the AirTag is located.

Basically, you’ll be instructed to reset the AirTag to its factory by removing its battery:

Doing so will disable the AirTag and prevent sharing your location.

Don’t forget that a single AirTag can be associated with one Apple ID.

If the previous user removed the AirTag from their Apple ID but was out of the device’s Bluetooth range, resetting it will let you re-use it with your devices.

When resetting an AirTag makes sense

Related: How to reset an AirTag to factor settings

Seeing an alert about an unknown AirTag is a clear signal that an AirTag not associated with your Apple ID is moving with you, possibly indicating unwanted tracking. 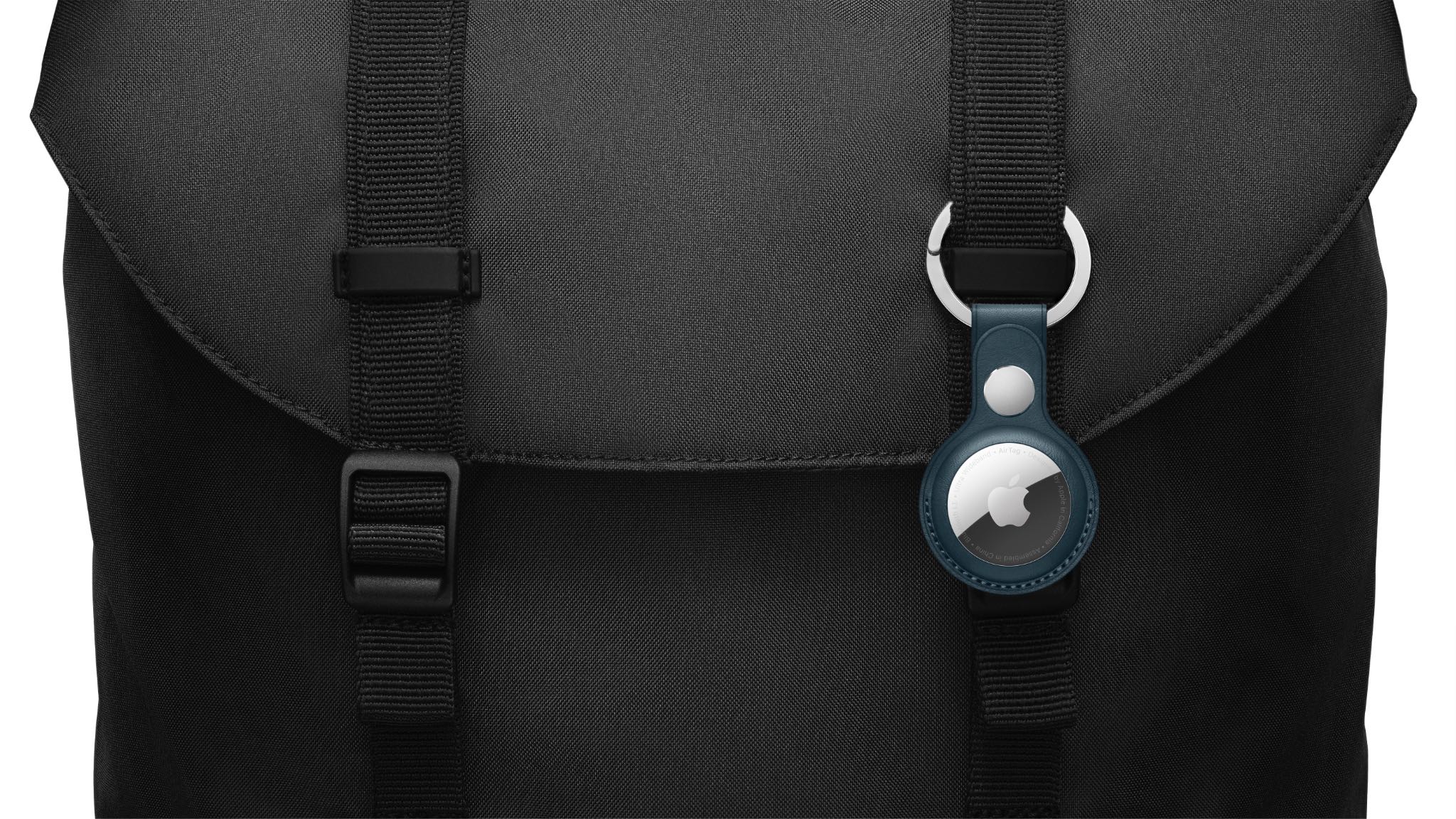 In that case, the AirTag’s owner might be able to see its location and by proxy, yours as well—effectively tracking you as a result. Should you find yourself in a similar situation, disabling the accessory immediately is your recommended course of action.

Other actions for an “AirTag Found Moving With You” alert

This isn’t the only course of action when an unknown AirTag has been found moving with you.

In a less dramatic scenario, an AirTag might simply be attached to an item you’ve borrowed from someone like a friend or a family member, triggering an “AirTag Detected” alert.

You have two possible solutions here:

You could also stumble upon someone else’s AirTag that’s not necessarily moving with you. 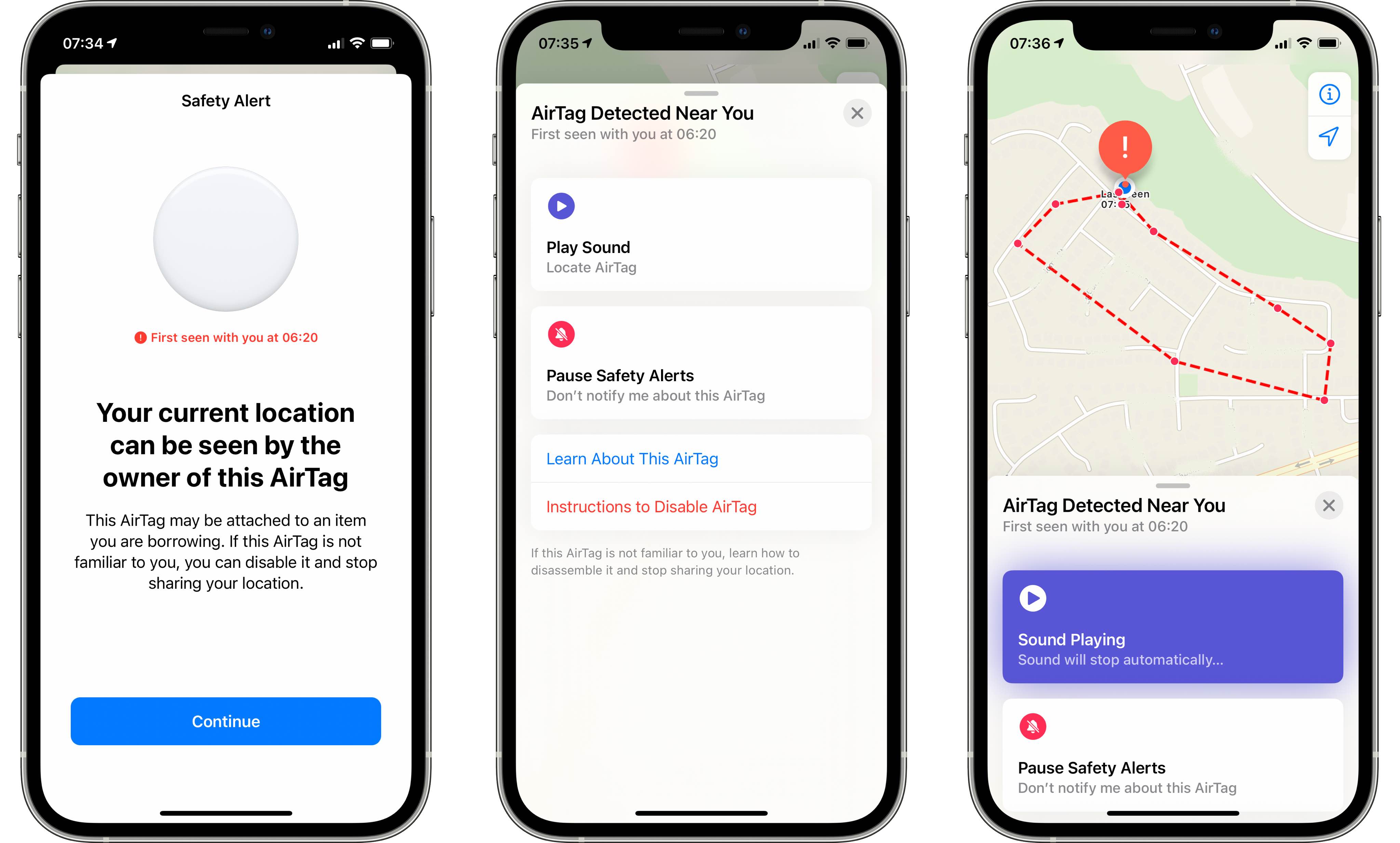 In that scenario, the accessory will emit a sound to alert anyone within its Bluetooth range of its presence.

You can then use your iPhone or any NFC-capable Android smartphone to see if the AirTag’s owner has marked it as lost and help return it to them. To do this, tap the white side of the AirTag on the top of your iPhone or NFC smartphone, and then tap the notification. 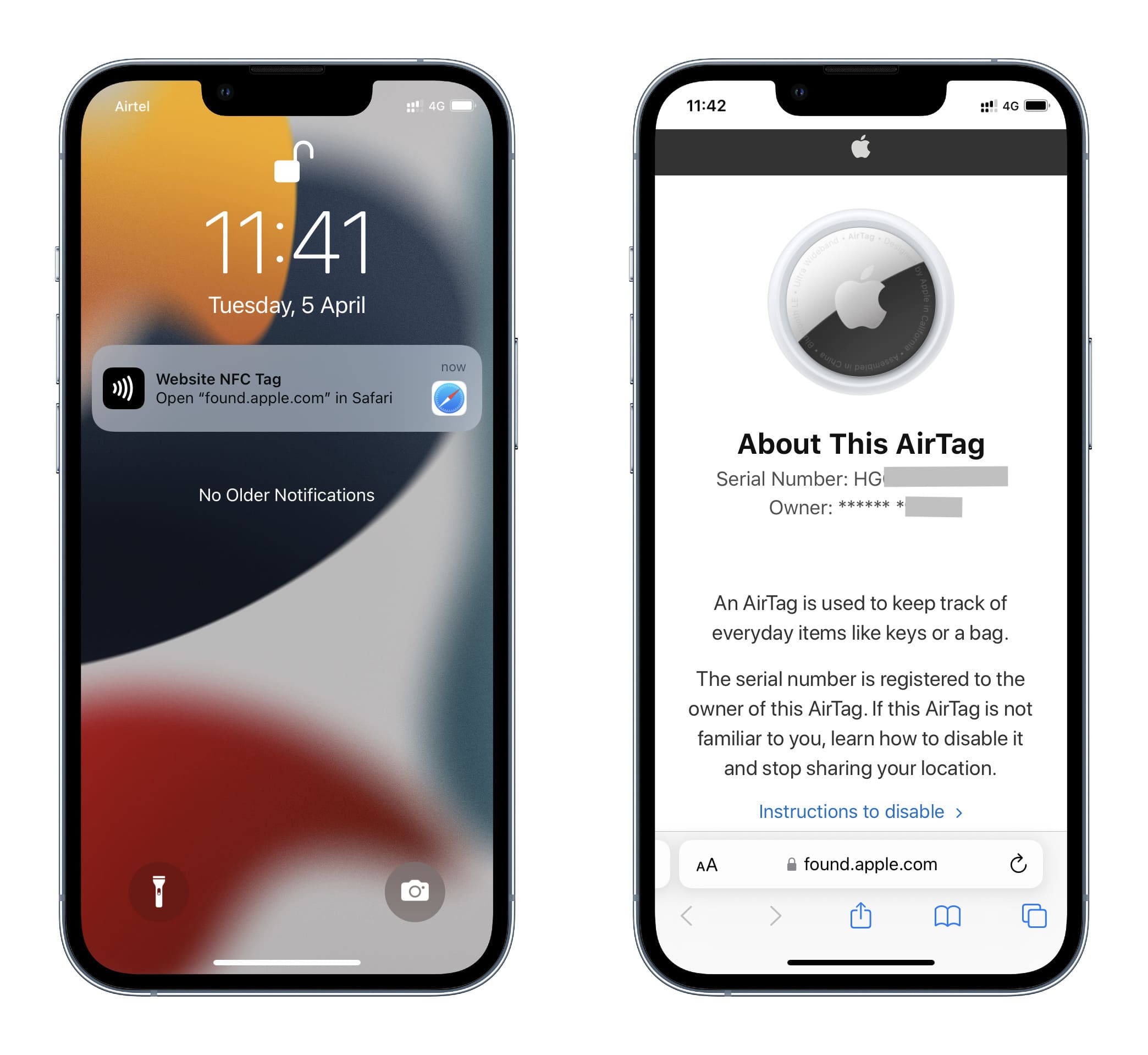