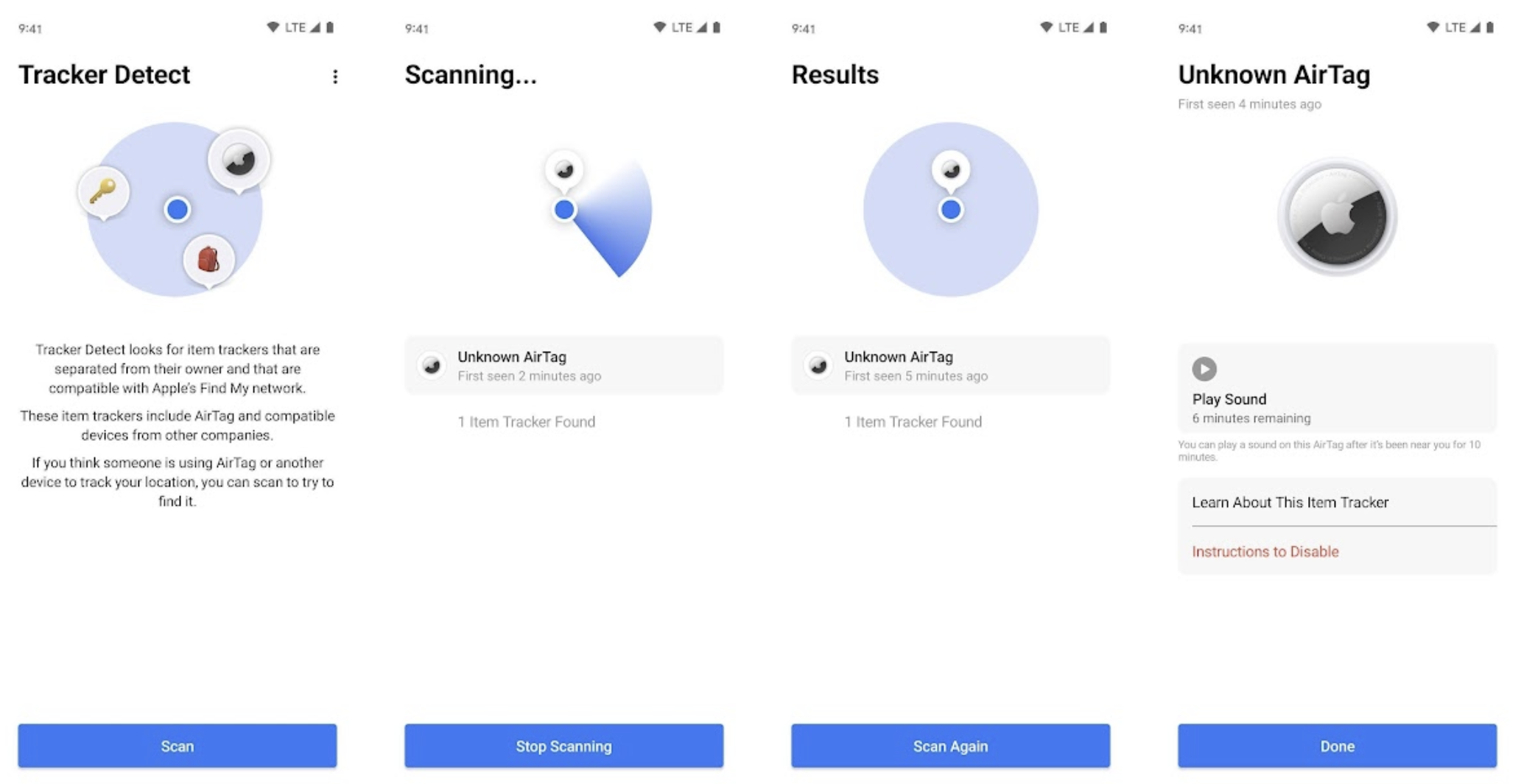 Ever since launching the item tracker AirTag, Apple has been tweaking the necessary elements to prevent the device from being used to nefariously track individuals. The idea is simple enough: someone wants to keep tabs on someone else, so they drop an AirTag tracker into a bag or a car, and then they know where that accessory is. With the solutions Apple has rolled out since, iOS users can be notified when an unknown AirTag is in proximity.

And now, there is a solution for Android users, too.

Tracker Detect looks for item trackers that are separated from their owner and that are compatible with Apple’s Find My network. These item trackers include AirTag and compatible devices from other companies. If you think someone is using AirTag or another device to track your location, you can scan to try to find it.

It’s a handy tool, especially as AirTag item trackers become more widespread. It took a bit of time to actually launch, but this is definitely one of those “better late than never” situations.

Resource: How to avoid unwanted tracking if an unknown AirTag is moving with you

If you’re an Android user, you can download and install “Tracker Detect” for free now from Google Play.