Today is “Spring Loaded” with new Apple-branded products, as the company announces its slate of early 2021 efforts. One such product is the new, and oft-rumored AirTags.

Yes, Apple finally got around to announcing the item tracking device. It’s bee rumored for so long now that it felt like a foregone conclusion that Apple would, eventually, announce AirTags. And the day has finally arrived. The company kicked things off with a well-made marketing video, and then kicked into the details.

AirTag, the individual name, is made for being attached to items. That includes backpacks, key rings, and other items. The accessory uses Precision Finding, available through the U1 chip, for precise location discoverability. This is available for Phone 11 and iPhone 12 owners. Utilizing the camera, augmented reality, and other features, this feature will find the AirTag down to the exact spot.

The AirTag is small and lightweight, featuring polished precision-etched stainless steel. They can be personalized as well, and the AirTag is IP67-rated for water- and dust-resistance. The AirTag has a removable cover to easily replace the battery as well. Setup is easy — simply bring the AirTag close to your iPhone and follow the onscreen instructions to get going.

AirTag is designed to track items, not people. It features audible reports from unknown tags, thanks to a built-in speaker. Users can use the Find My app to find their AirTag from within the app. AirTag can also be located using Siri. 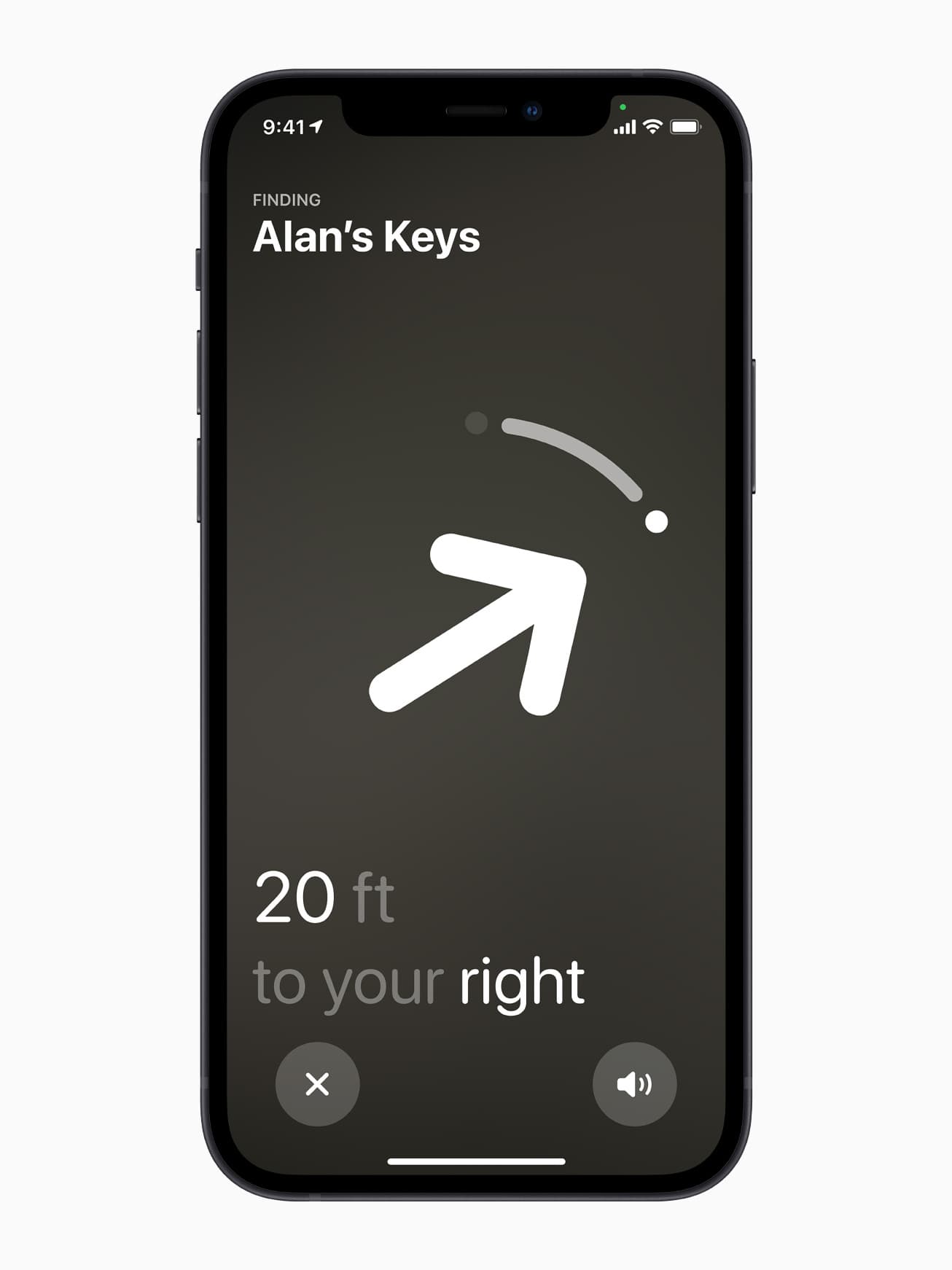 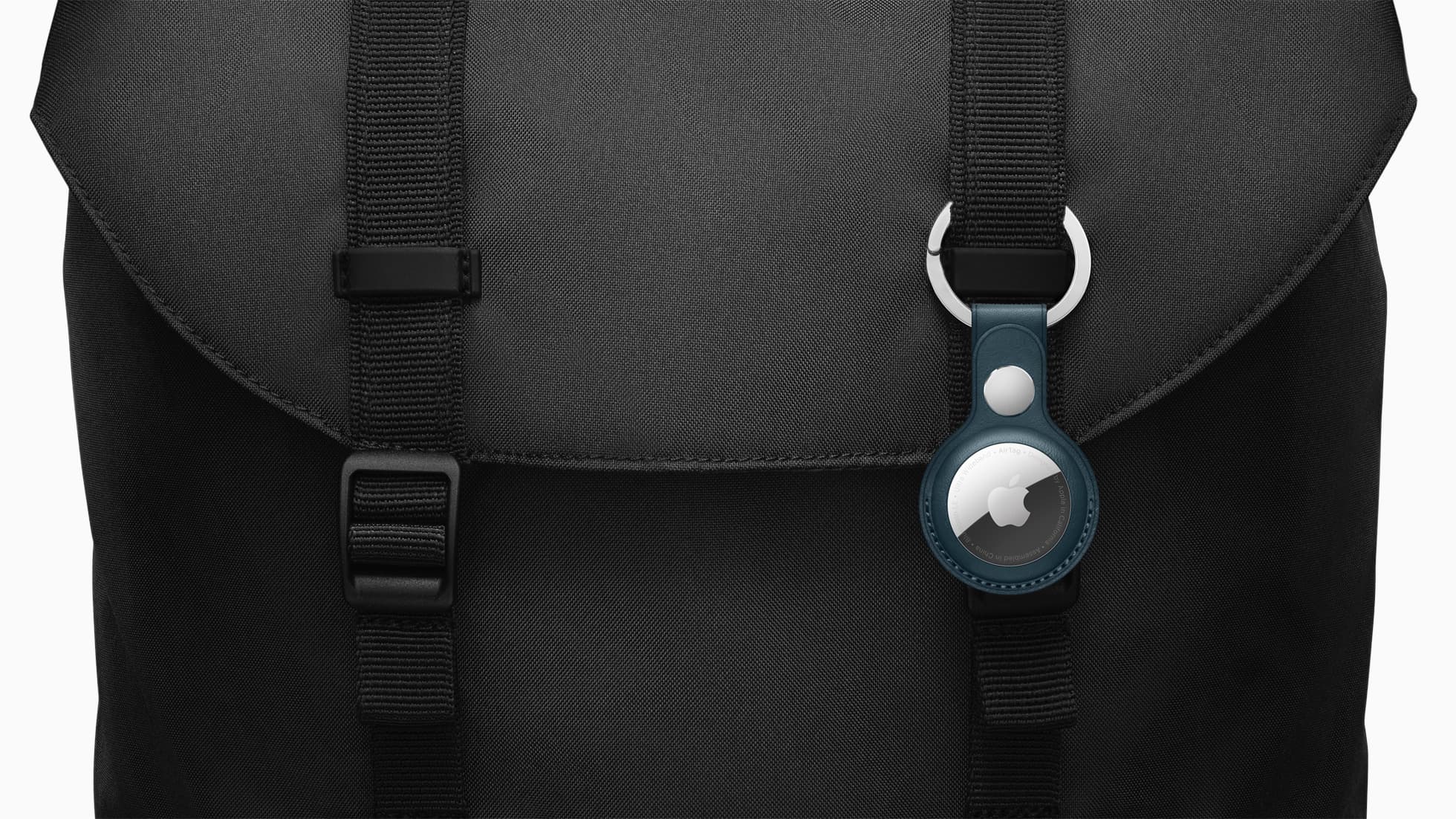 Apple didn’t go into great detail in this regard, but it did announce a few options for the newest iPhone accessory. The company unveiled not only the Polyurethane Loop, but also the Leather Loop and the Leather Key Ring. The latter accessory features specially tanned European leather. Each loop, and the key ring, will attach securely to whatever you need, including a bag. And the AirTag fits snugly within the enclosure to make sure it won’t pop out.

If AirTag is separated from its owner and out of Bluetooth range, the Find My network can help track it down. The Find My network is approaching a billion Apple devices and can detect Bluetooth signals from a lost AirTag and relay the location back to its owner, all in the background, anonymously and privately.
Users can also place AirTag into Lost Mode and be notified when it is in range or has been located by the vast Find My network. If a lost AirTag is found by someone, they can tap it using their iPhone or any NFC-capable device and be taken to a website that will display a contact phone number for the owner, if they have provided one.

The AirTag is price at $29 each. $100 gets you a pack of four. There’s a free engraving option as well, so you can absolutely put emoji on your AirTag.

The AirTag goes up for pre-order on Friday, April 23. AirTag launches April 30.