The process is similar to taking a regular screenshot, but with a full-page version, you get to share more. There could be several scenarios where you don’t want to send the link to the web page. You can also take full-page screenshots on Chrome, Safari, and Firefox on Mac. 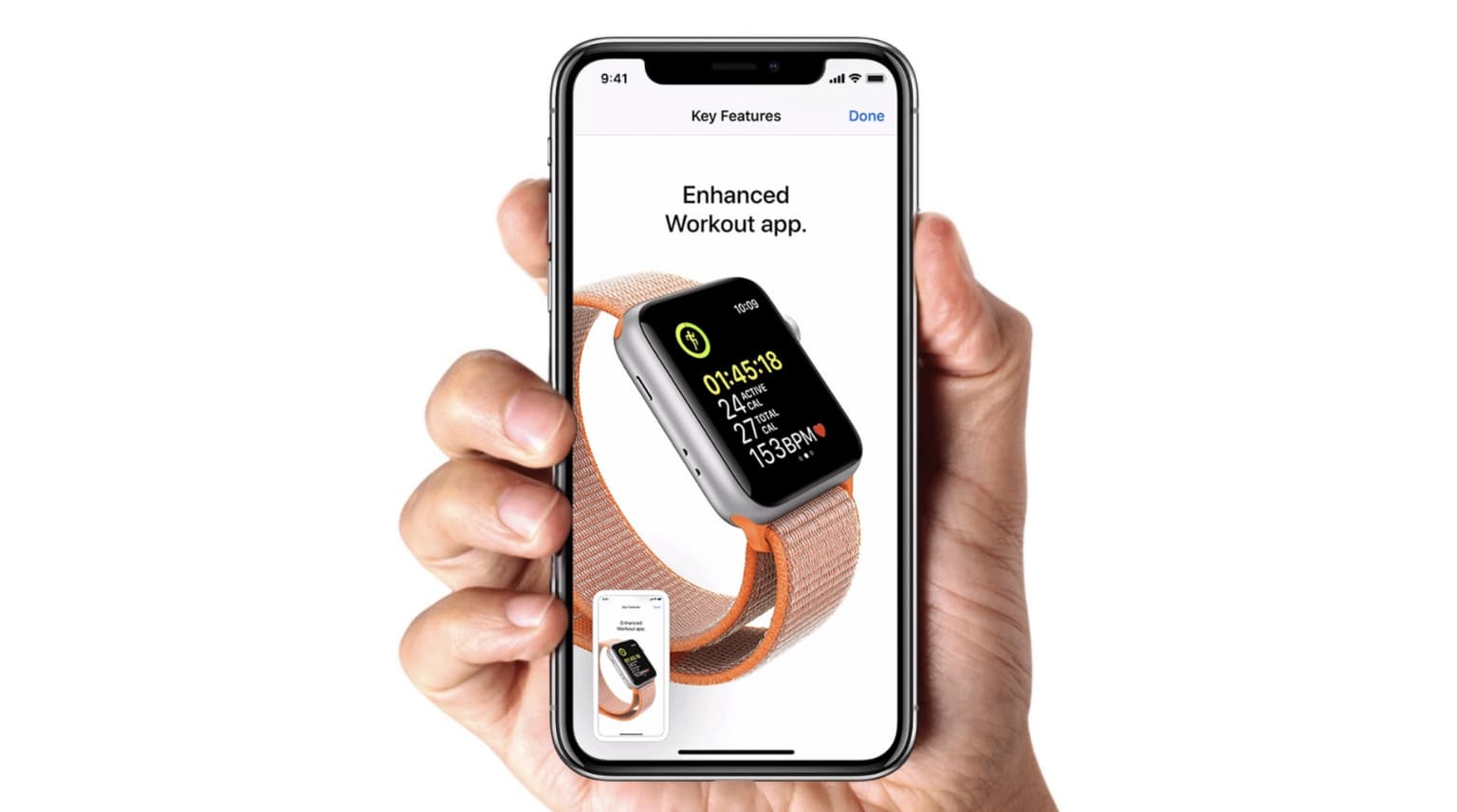 How to take a full-page screenshot in Safari on iOS

Taking a full-page screenshot of a webpage in Safari on your iOS device is fairly simple. Here’s how you can do it on your iPhone or iPad.

1) Launch Safari on your iPhone or iPad.

2) Take a screenshot as you would normally do by pressing the Volume Up + Power button. If you’ve got an iPhone with a Home button, then press the Home button along with the Power button.

3) Now tap the screenshot preview that appears on the bottom corner of the screen.

4) You should see two options for Screen and Full Page at the top. Select Full Page. 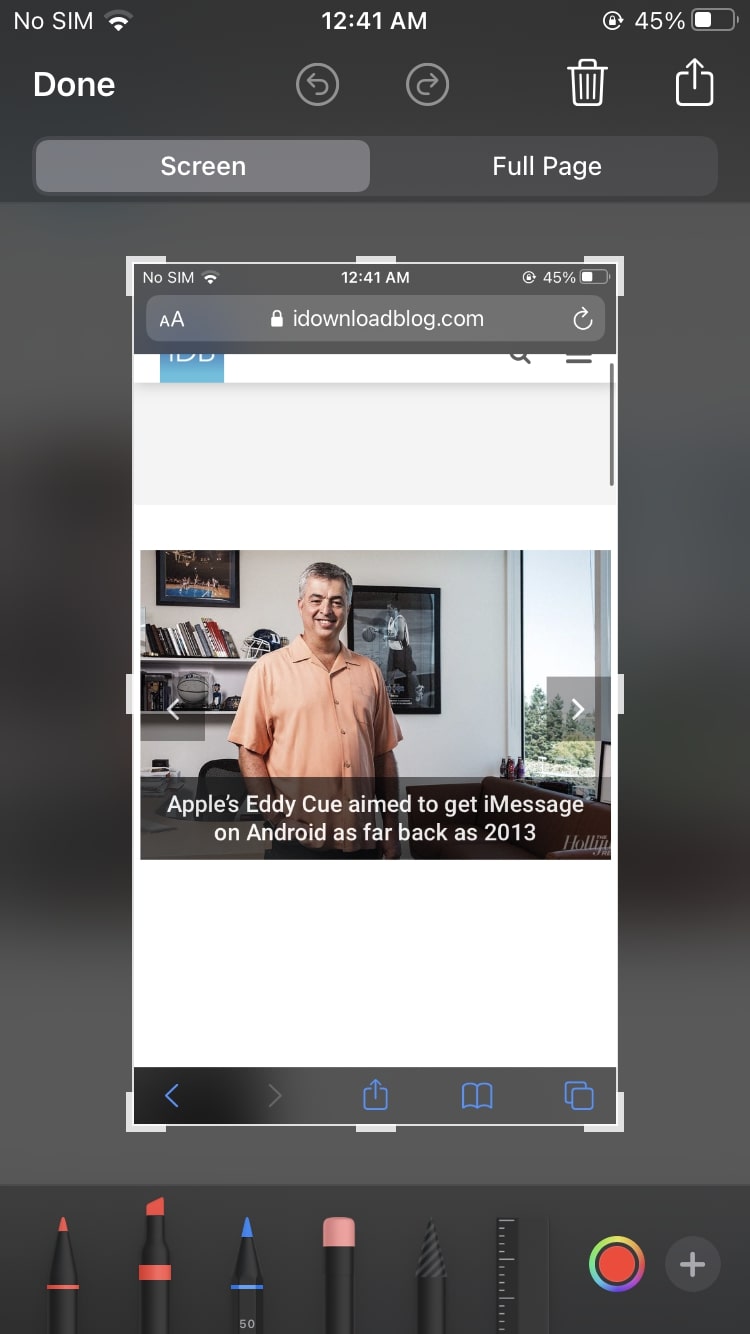 5) A new preview window will appear next to the screenshot, where you can scroll to see the entire web page. 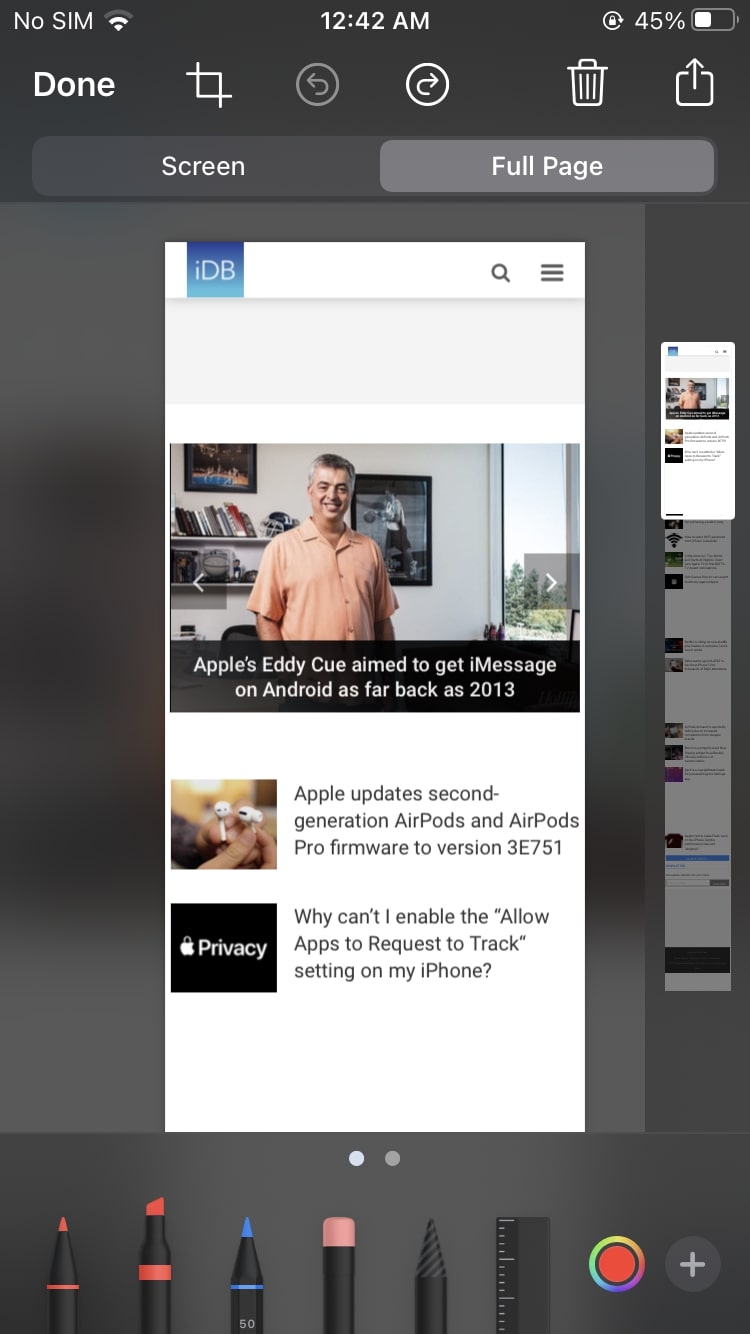 1) While in the screenshot interface, tap on the Crop button on top of the screen. 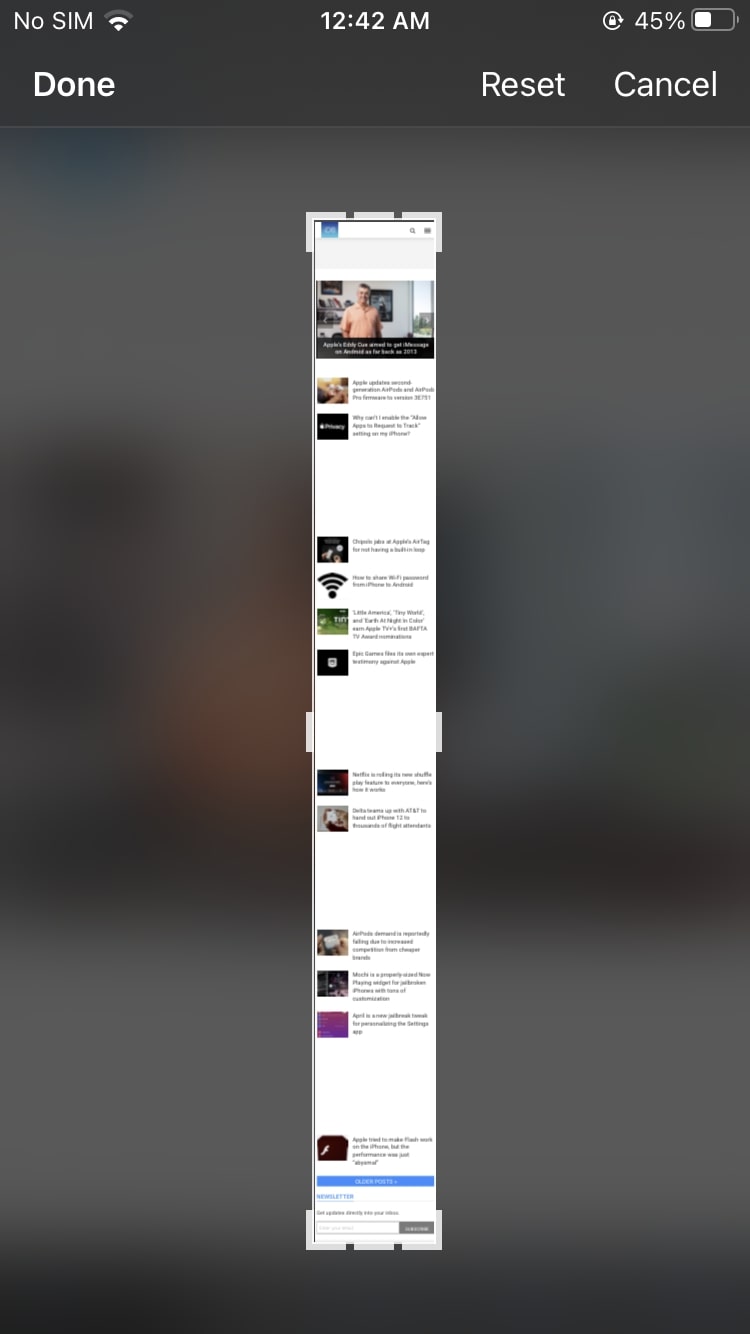 2) You will now be able to adjust the screenshot as per your requirement. Tap on Done.

3) Tap Done once again or hit the Share icon to save the screenshot as PDF to Files.

And there you are. You have now successfully learned how to take a full-page screenshot in Safari on your iPhone or iPad. Unfortunately, this only works with Safari and other browsers such as Chrome cannot take advantage of this feature.

Apple’s solution to take a full-page screenshot is limited to Safari and a few other in-house apps. But thanks to third-party apps like Picsew (paid version – $1.99), you can take scrolling screenshots anywhere you scroll vertically like Chrome, Firefox, Gmail, App Library, Messages, Reminders, and more.

Here’s how to take a scrolling, long-form full-page screenshot on any iPhone and iPad screen:

1) Download Picsew from the App Store. Now, open it and tap the gear icon > Advanced Features to upgrade to its Pro version. 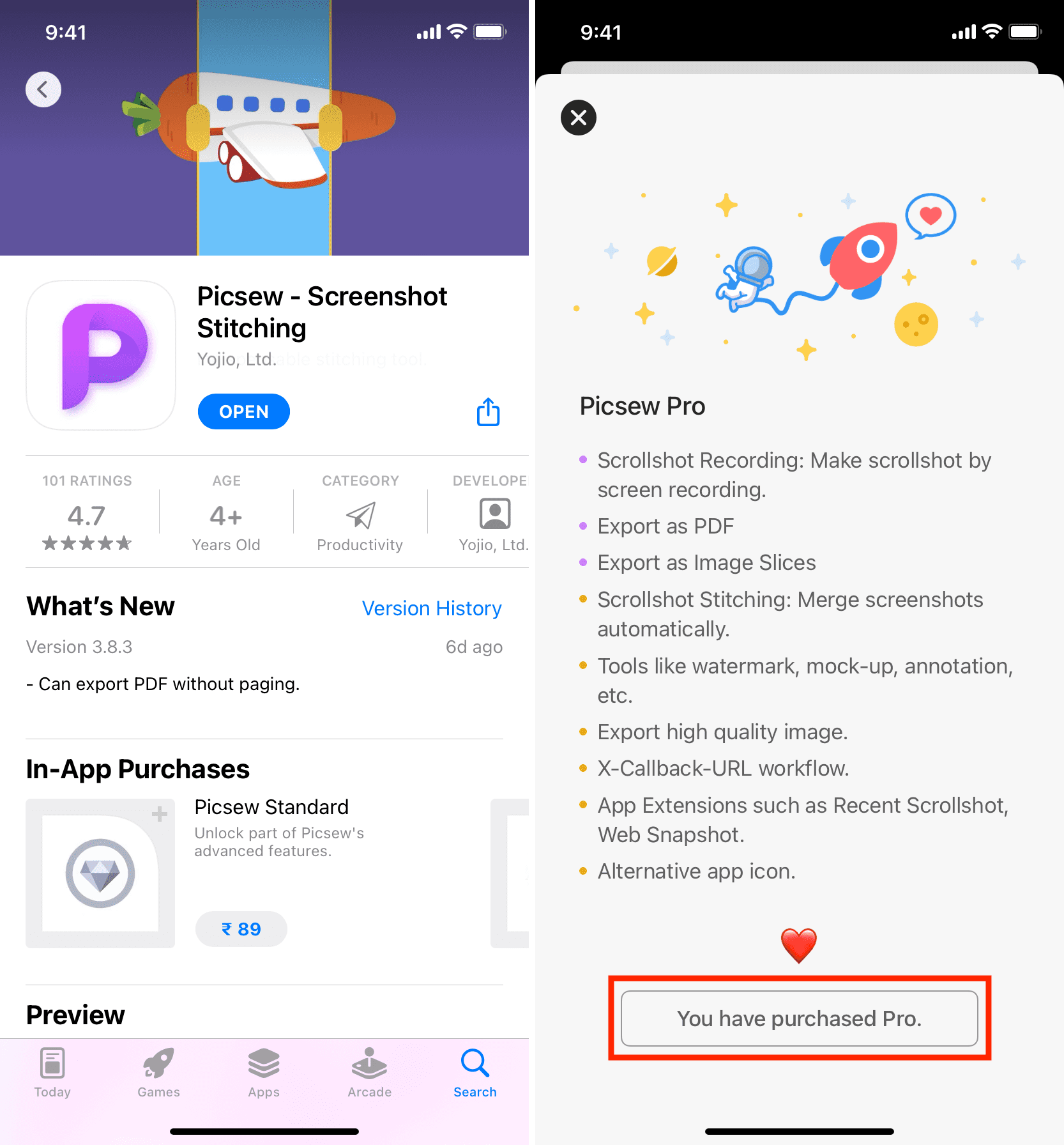 2) Make sure the screen recording icon is added to your iPhone Control Center. If not, go to Settings > Control Center and tap the green plus icon for Screen Recording. 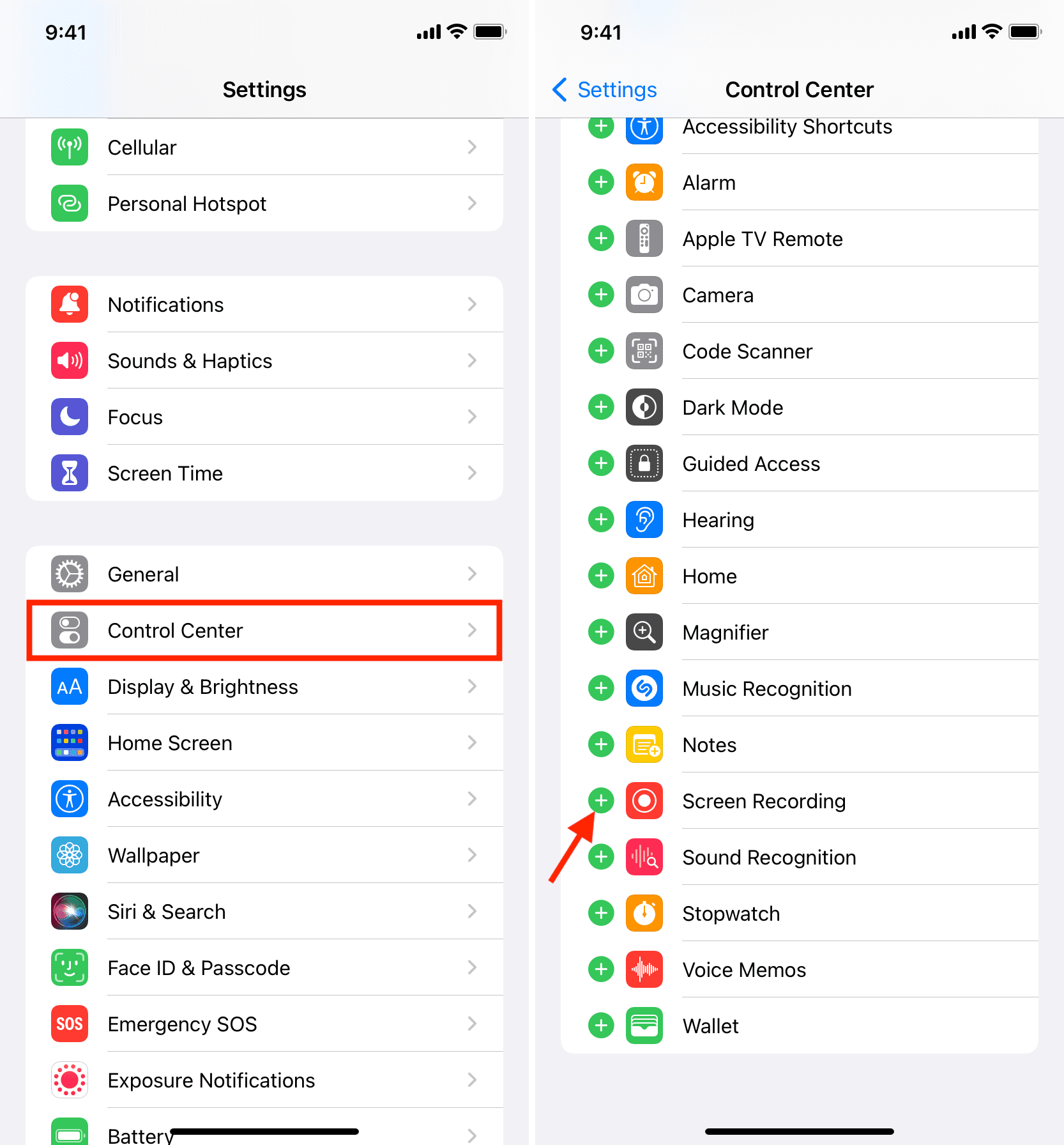 3) Be in the browser, app, or screen whose long screenshot you wish to take. From here, open the Control Center:

5) Select Picsew and tap Start Broadcasting. You have three seconds to tap any empty area in the Control Center to return to the screen whose long screenshot you want. 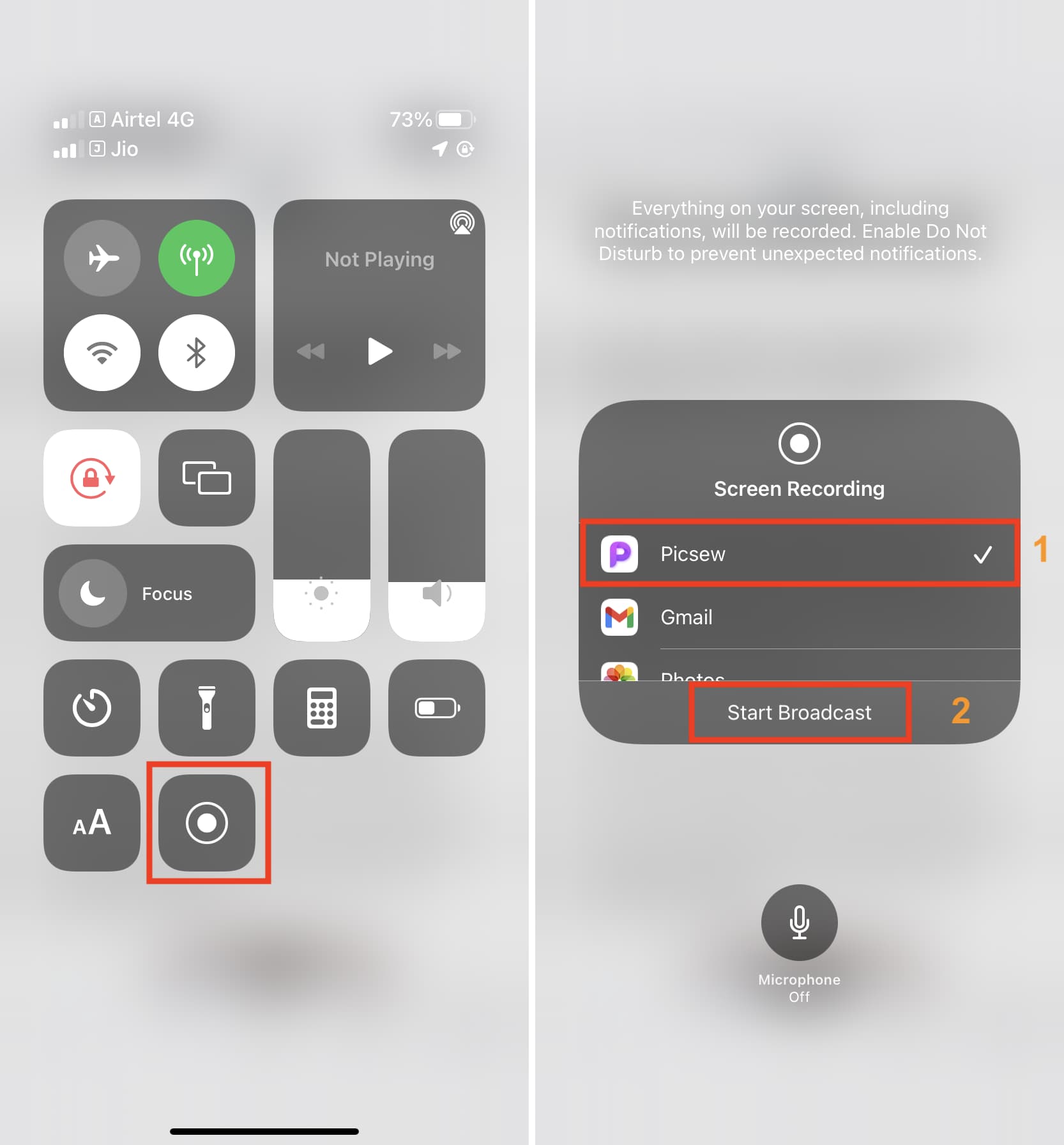 6) While Picsew is recording your screen (you will see a red pill shape or bar on top of your screen), scroll the page. 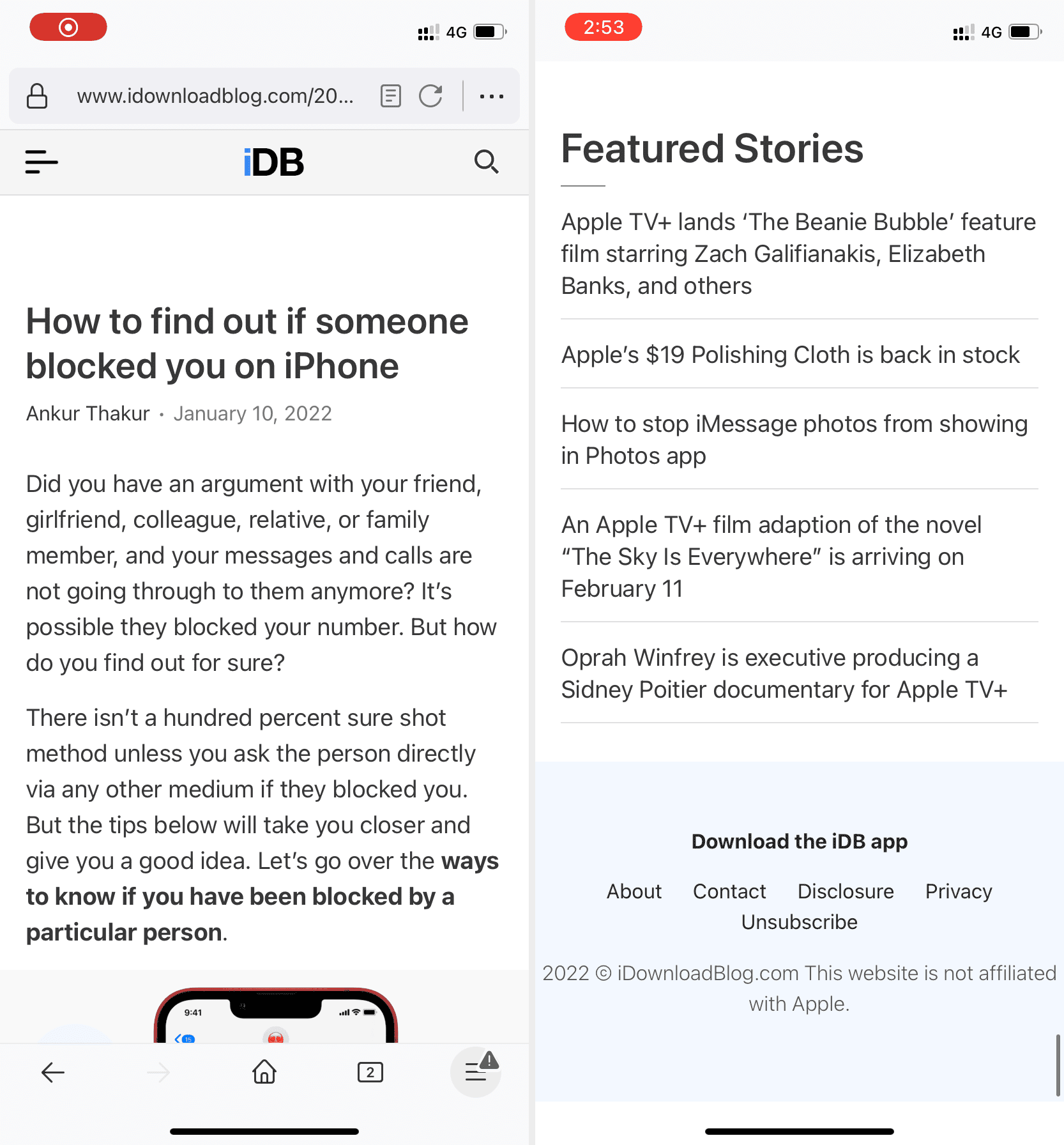 8) Open Picsew from the popup or the Home Screen.

9) The app has already stitched several images one after another, creating a long screenshot. Optionally, you can use the tiny yellow pencil icon to adjust individual images. Once done, tap the share icon from the top right and export it as an image or PDF. 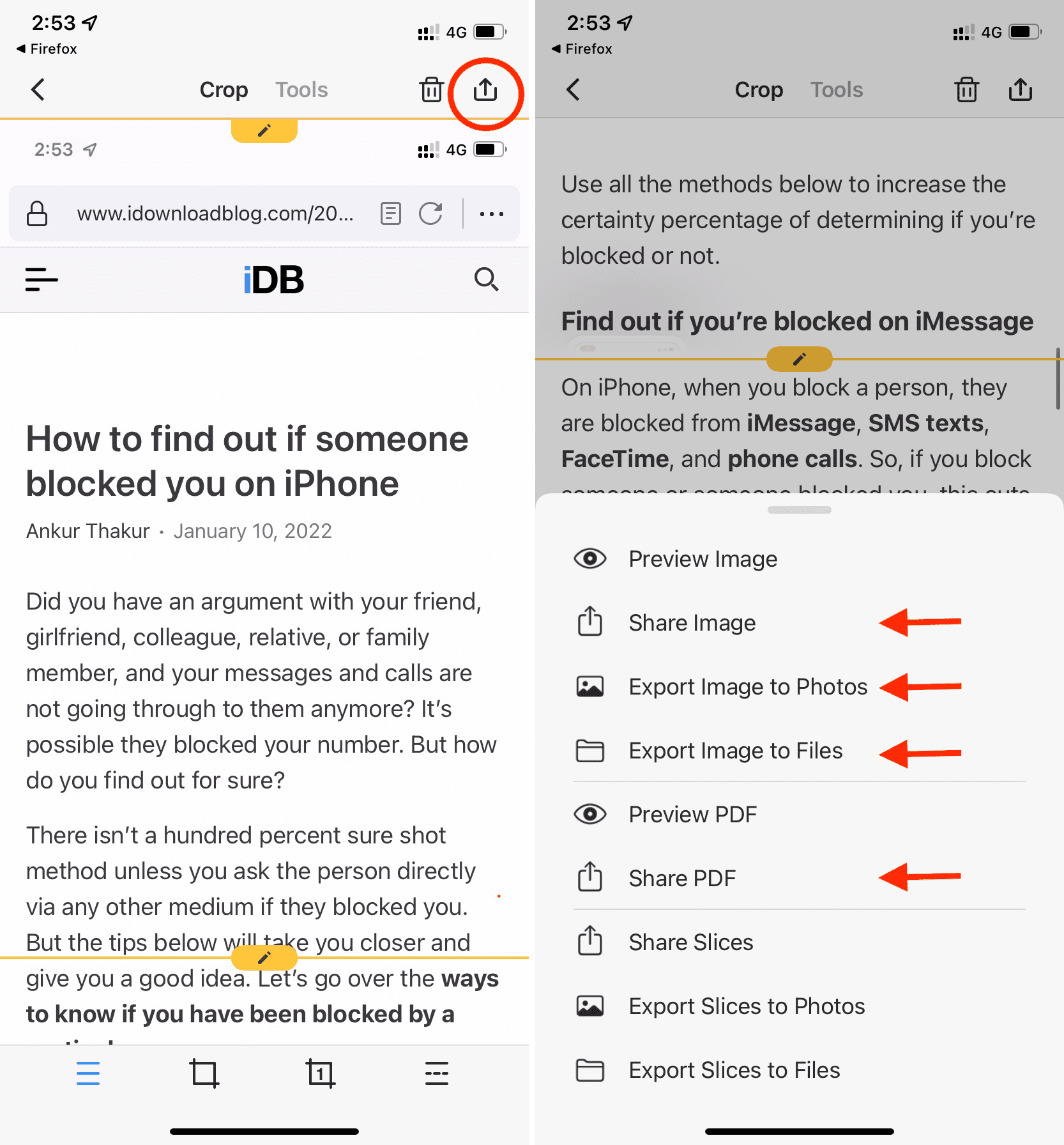 Here’s how the saved full-page, long screenshot looks in the iPhone Photos app:

I use Picsew daily on my iPhone and like it. For me, it’s worth the investment.

Related: How to request a refund from Apple for purchased apps

Full-page screenshots can be handy, and having a built-in tool in iOS makes things easy when you want to send across a screenshot of a web page on Safari. There are other tools available on iOS that can help take scrolling screenshots of text conversations on iPhone. Keep following iDB to check out more such helpful tutorials.