Now that iOS and iPadOS 14 are officially available to the public, many are wondering when a new jailbreak supporting these firmware versions might drop. We’re right there with you, but the good news is we’ll be sure to keep everyone apprised as soon as a breakthrough regarding this particular topic materializes.

In the meantime, those already jailbroken on iOS 13 or earlier can count on our weekly jailbreak tweak roundups to ensure that they’re getting the most out of their pwned handsets. In this roundup, we’ll showcase all the latest jailbreak tweaks released from Monday, September 21st to Sunday, September 27th. As usual, we’ll kick things off by discussing our favorite releases first and then wrap everything up with an outline of the rest afterward. 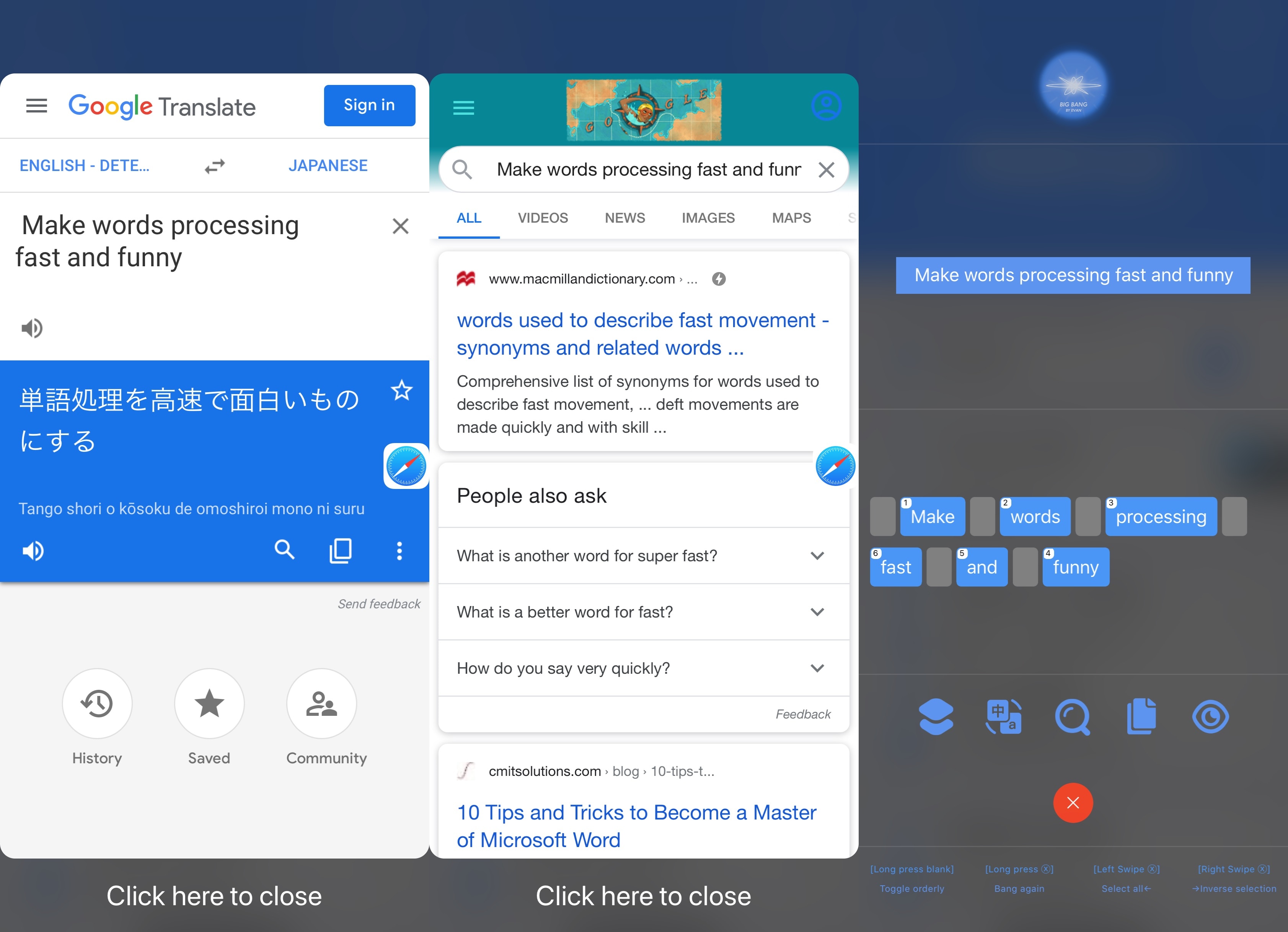 iPhone or iPad power users that do an excessive amount of text editing on-device are likely to appreciate the workings of a newly released jailbreak tweak dubbed BigBangX.

As we show you in our full review, this tweak provides a plethora of features to make editing text in unusual situations easier to do. Some of the features it includes are easy text translation, text search, pasteboard management, and Activator integration, among other things. 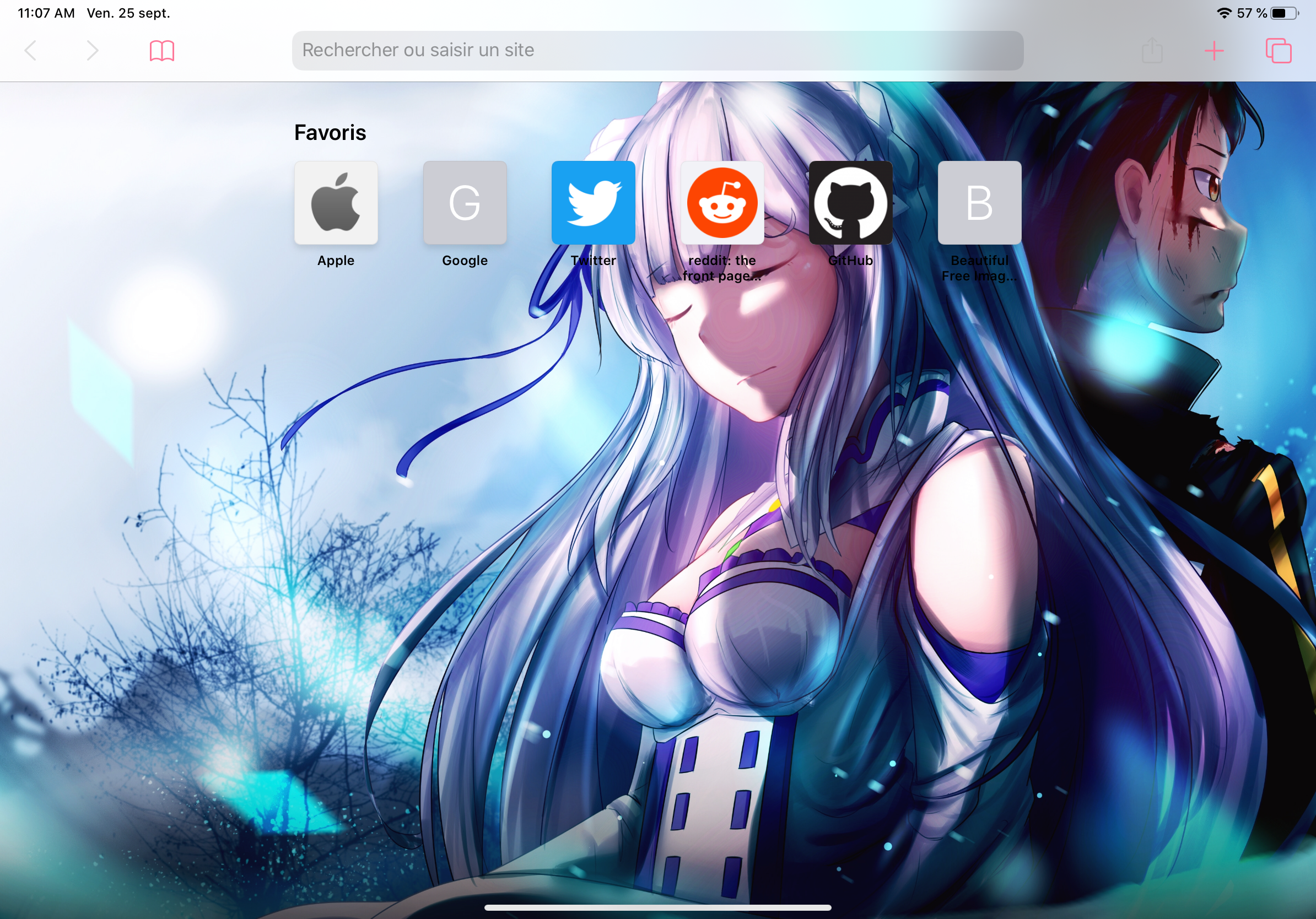 Apple released Safari 14 for macOS this month, and one of the takeaway new features is the ability to set a background for the Start Page.

This is great, but why wasn’t this made into a feature for the iPhone and iPad yet? Here to fix that problem is a new and free jailbreak tweak called SafariWallpaper. Check out our full review to learn more about it. 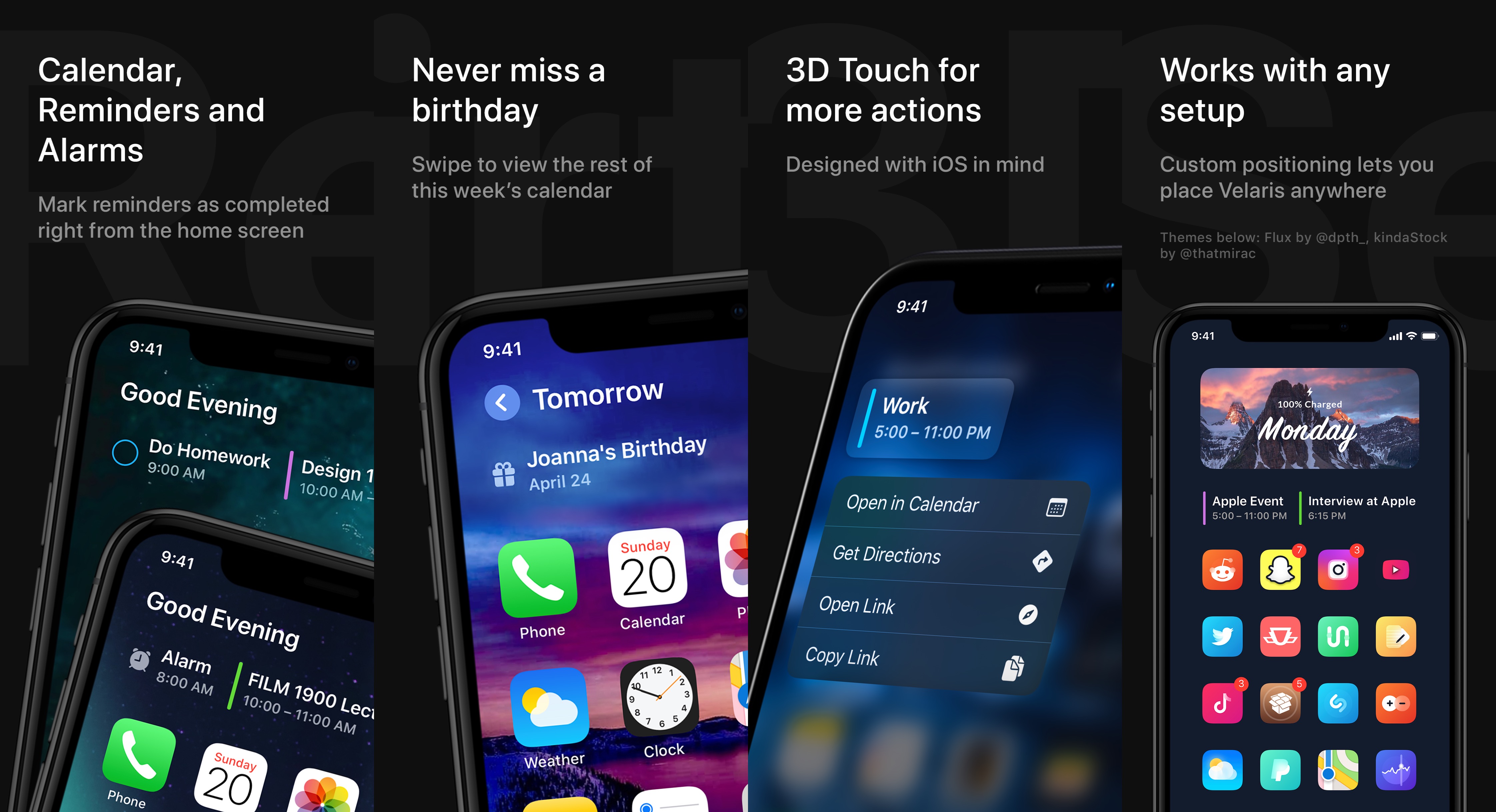 Velaris offers a much-needed upgrade to the Home Screen on jailbroken iPhones that includes, but isn’t limited to, calendar and weather information at a glance.

In our full review, you’ll see just how gorgeous the tweak looks, and why it should be a part of your daily workflow.

11Cam14: The iPhone 11 camera app for all iOS 14 devices (free via michaelmelita1 repository)

BigBangXLite: A free version of the tweak mentioned above (free via Packix repository)

FiveIconDock (iOS14): Allows you to have five app icons in your Home Screen Dock on iOS 14 (free via Packix repository)

Spori: Lets you use Siri to play music via the Spotify Music app (free via udevs repository – review)

checkra1n for iOS 14: The checkra1n jailbreak was updated to receive preliminary iOS 14 support for A9 and A9X devices.

FAQ – iOS 14 progress & checkra1n: Everything you need to know about the state of iOS 14 support and the checkra1n jailbreak.

Odyssey updated: The Odyssey jailbreak for iOS 13 was updated to version 1.1.2 with more bug fixes.

Wander updated: The Wander shortcut for installing the Odyssey jailbreak was updated to version 1.2 with speed improvements, cellular support, and more.

ZecOps: A new security vulnerability has been teased for iOS 14, raising hopes for the future of jailbreaking Apple’s latest and greatest mobile operating system.

Although that wraps things up for this week’s jailbreak tweak roundup, we can assure you that there will be plenty more where those came from. Be sure to keep it tuned to iDownloadBlog throughout the work week for live coverage of your favorite new releases, and of course, visit back next weekend for another roundup just like this one.

What was your favorite jailbreak tweak release from this past week? Share in the comments section below.