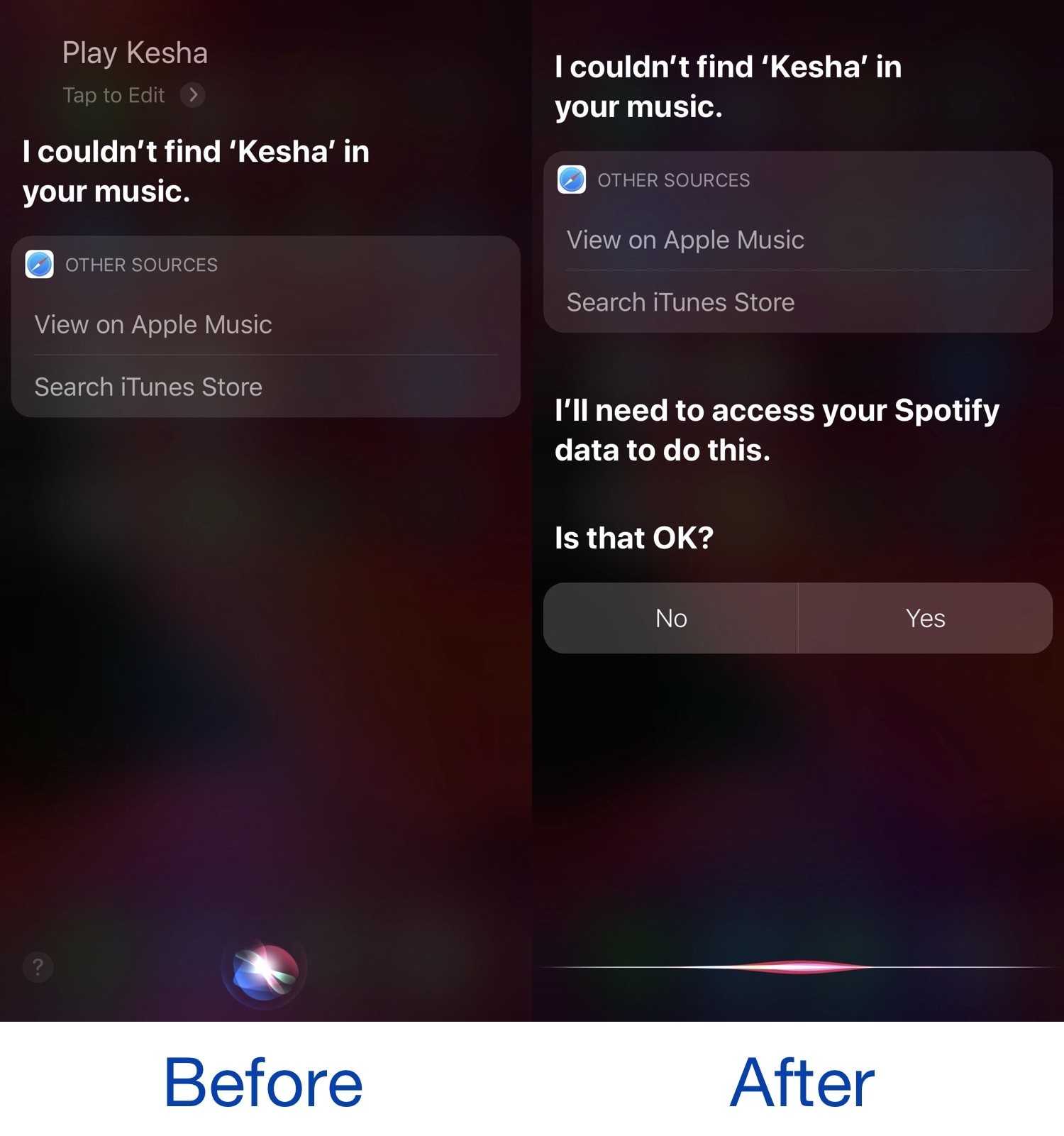 If you’re jailbroken on iOS 13 and use Spotify as your primary music streaming app, then chances are you might find yourself wishing that Siri worked as smoothly with Spotify as it did with Apple Music. Fortunately, a free jailbreak tweak called Spori by iOS developer udevs can make that happen.

Siri can already play tracks via the Spotify Music app if you specifically articulate that you’d like to play that song in Spotify, but who wants to waste their time adding those extra words to each and every Siri command? I, for one, certainly don’t.

With Spori, you can simply summon Siri and say “Play <insert artist or song here>.” If you aren’t using Apple Music, then Siri might tell you that she can’t find your requested song in your Music Library, but she’ll quickly follow up with the option to play via Spotify Music instead: 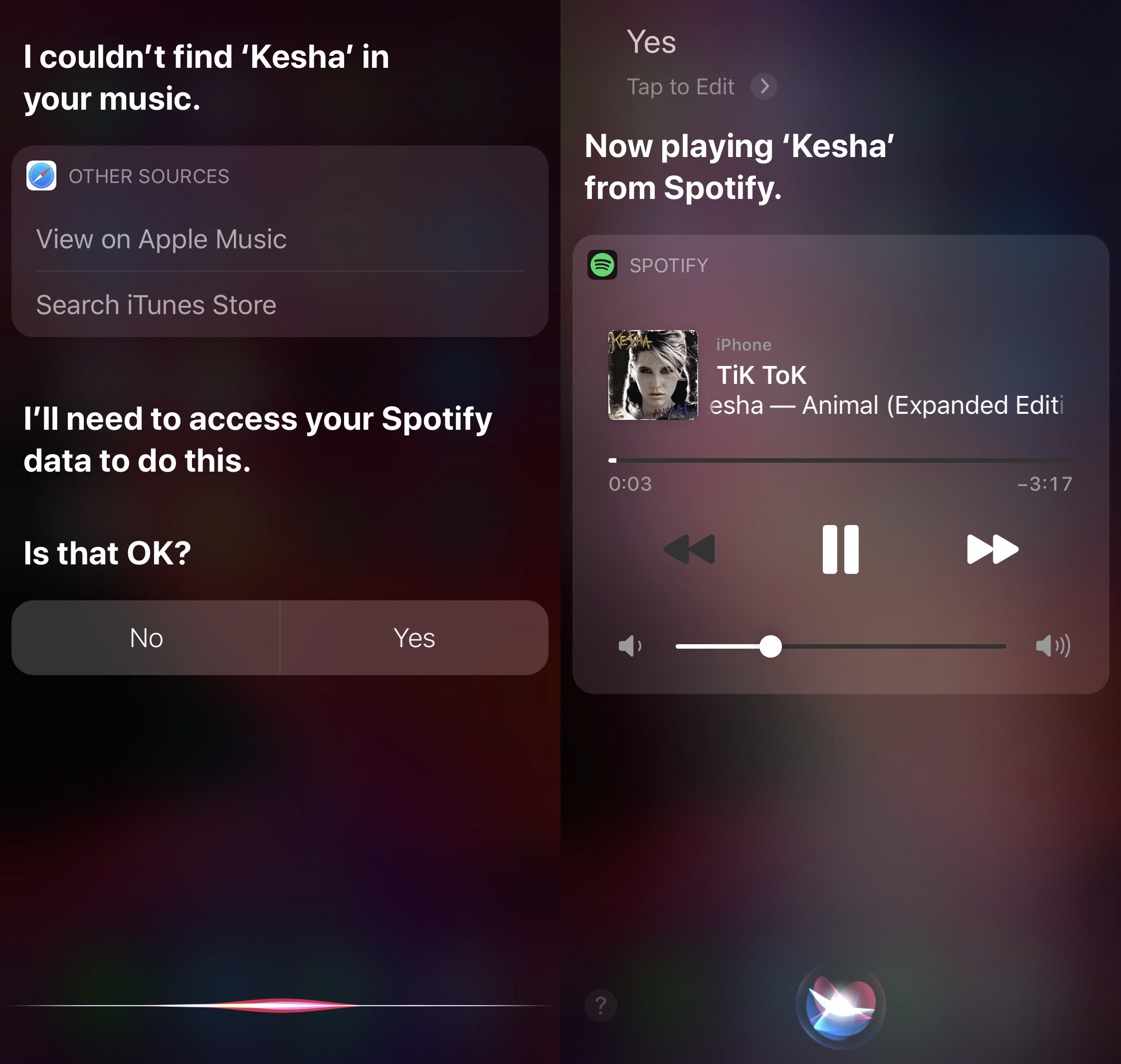 Once installed, Spori adds a dedicated preference pane to the Settings app where you can configure a few options to your liking: 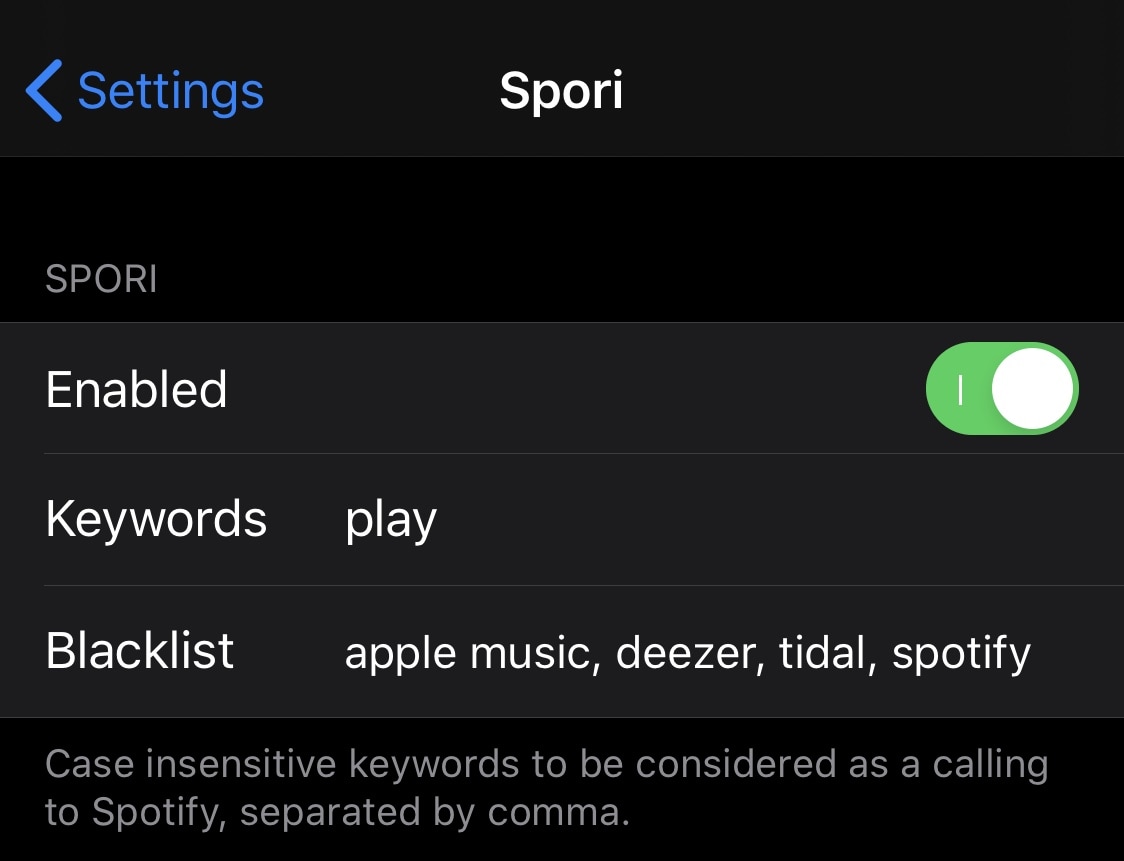 Given that Apple likes to reserve the best functionalities for its own first-party services, tweaks like Spori are one of the primary reasons that I still jailbreak today. Those interested in trying Spori can download it for free from the udevs repository. Please note that Spori supports jailbroken iOS 13 devices and requires the Spotify Music app from the App Store.

Those who aren’t already using udevs repository can add it to their favorite package manager via the following URL:

Will you be making Siri a bit more Spotify-friendly with the new Spori tweak? Tell us why or why not in the comments section below.