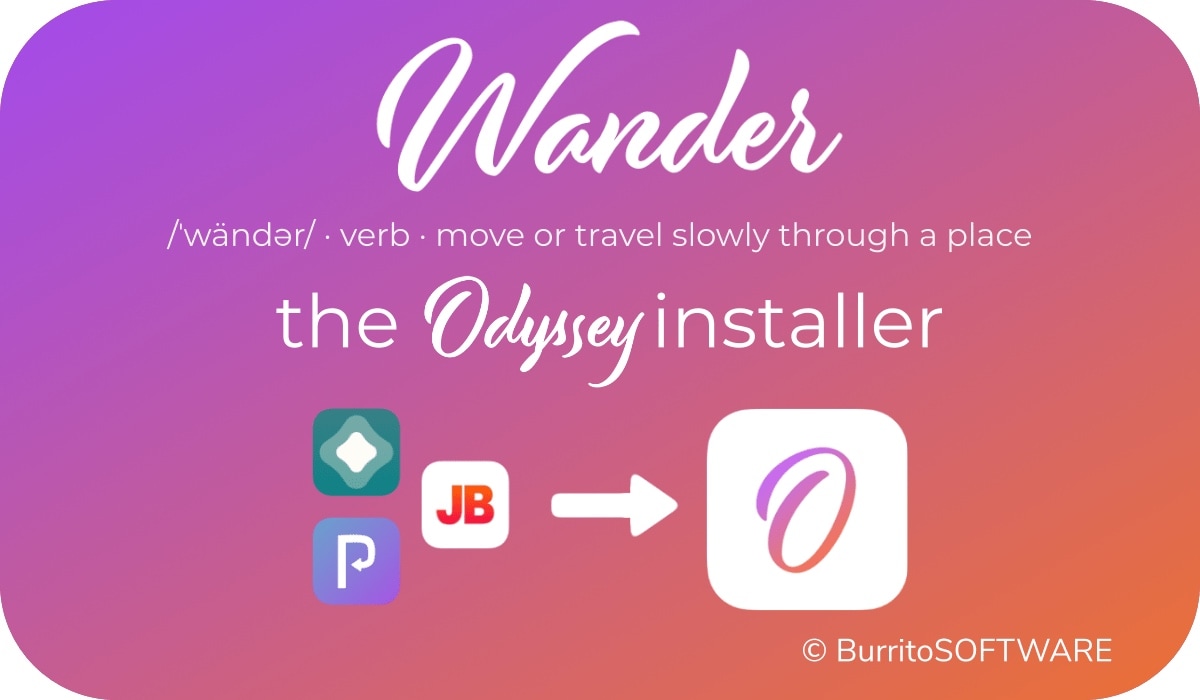 If you’re an Odyssey jailbreak user and you aren’t taking advantage of the Wander extension for Apple’s native Shortcuts app on your iPhone or iPad, then you’re seriously missing out. Wander lets you quickly install or update the Odyssey jailbreak on your iOS or iPadOS 13 devices with only a few taps via your favorite installation method, and it was updated Sunday evening to version 1.2 with a few notable improvements.

Wander developer BurritoSoftware announced the new Wander v1.2 update via Twitter, and from what we can gather, this isn’t an update you’ll want to miss: 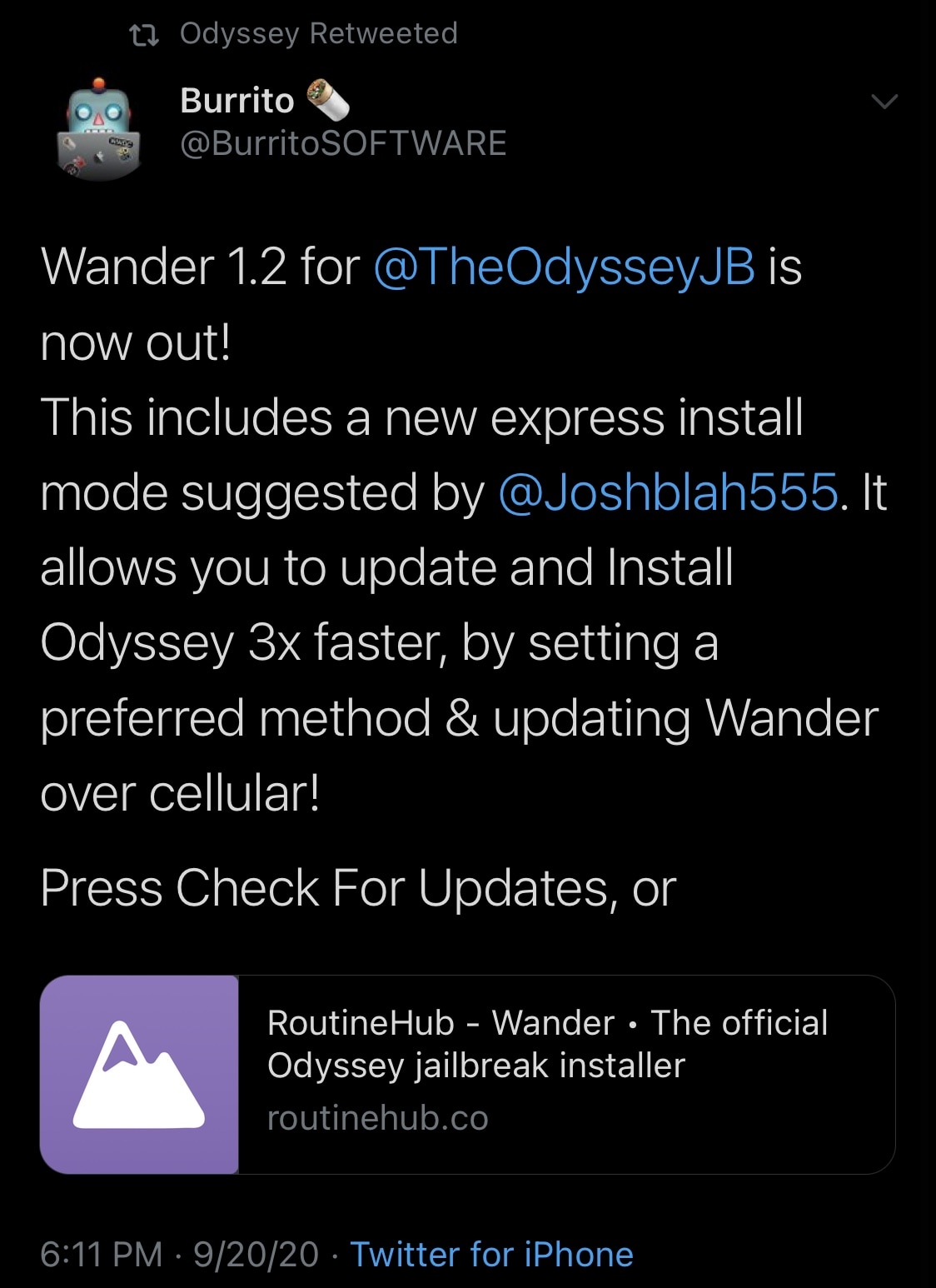 Wander v1.2 now makes the process of installing and/or updating to the Odyssey jailbreak up to three times faster by allowing users to take advantage of an express install mode that deploys the user’s preferred installation method once invoked. The new express method sidesteps the old method in which users would move step by step through a series of prompts to designate their preferred Odyssey installation method.

In addition to the speed bump, Wander v1.2 adds support for updating the Odyssey over a cellular network. You’ll still want to be mindful of your data usage if you aren’t hooked up to an unlimited data plan, but it’s nice to have the option if you aren’t connected to Wi-Fi and don’t expect to be for some time.

Lastly, Wander 1.2 brings some minor UI enhancements to improve the user experience by making it easier to understand what’s going on as you use the utility.

As always, the latest version of Wander can be installed from the project’s official website. Wander supports a variety of popular installation methods for Odyssey including AltStore, ReProvision, and Jailbreaks.app. If you aren’t sure how to use Wander, then we’d recommend checking out our step-by-step tutorial to learn more about it.

Have you used the latest version of Wander yet? Share how it worked for you in the comments section below.