The Odyssey jailbreak was updated to version 1.1.2 Wednesday evening with a subset of improvements that build off of those introduced by the previous update. 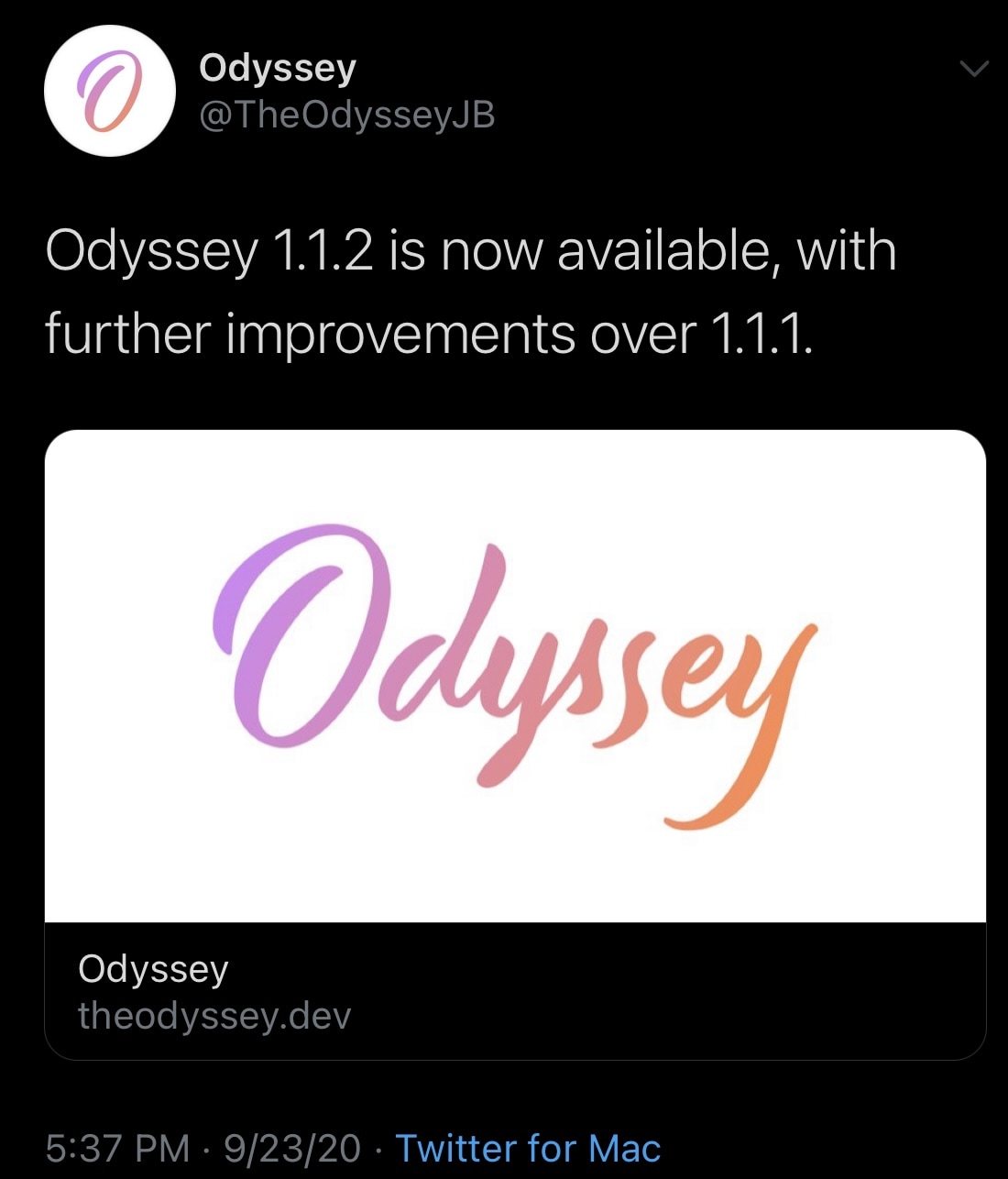 There’s no mention of what bug fixes this update to the Odyssey jailbreak introduces, but it’s evident from the circumstances that v1.1.1 didn’t fix every bug that the team was trying to squash. Given the fact that none of the bugs were mentioned in the newest change log, it’s safe to assume that they were relatively minor.

It’s recommended that those already using the Odyssey jailbreak go ahead and download the latest version of from theodyssey.dev and deploy it at their earliest convenience. Updating Odyssey can be done manually via AltStore or Xcode or with the help of the popular Wander extension for Apple’s Shortcuts app. Keeping your jailbreak up to date is one of the best ways to ensure the best performance and user experience.

If you’re never jailbroken with Odyssey before, and you’d like to get started, then you can follow our tutorial outlining how to do it step by step. Odyssey’s only true equivalent competitor is the unc0ver jailbreak, and while both jailbreaks support up to iOS 13.5, Odyssey is different in that it installs Sileo as the default package manager, uses libhooker for tweak injection, and has its own proprietary bootstrap.

Have you downloaded and used the latest version of Odyssey yet? Let us know in the comments section below.