It’s been an action-packed week for Apple, especially with all the recent hardware unveilings taking place, but that hasn’t stopped the folks over at the Odyssey Team from dropping an updated version of the iOS 13-based Odyssey jailbreak.

In an announcement shared to Twitter Monday afternoon, the Odyssey Team noted that it had released Odyssey version 1.1.1 with vital bug fixes and performance improvements: 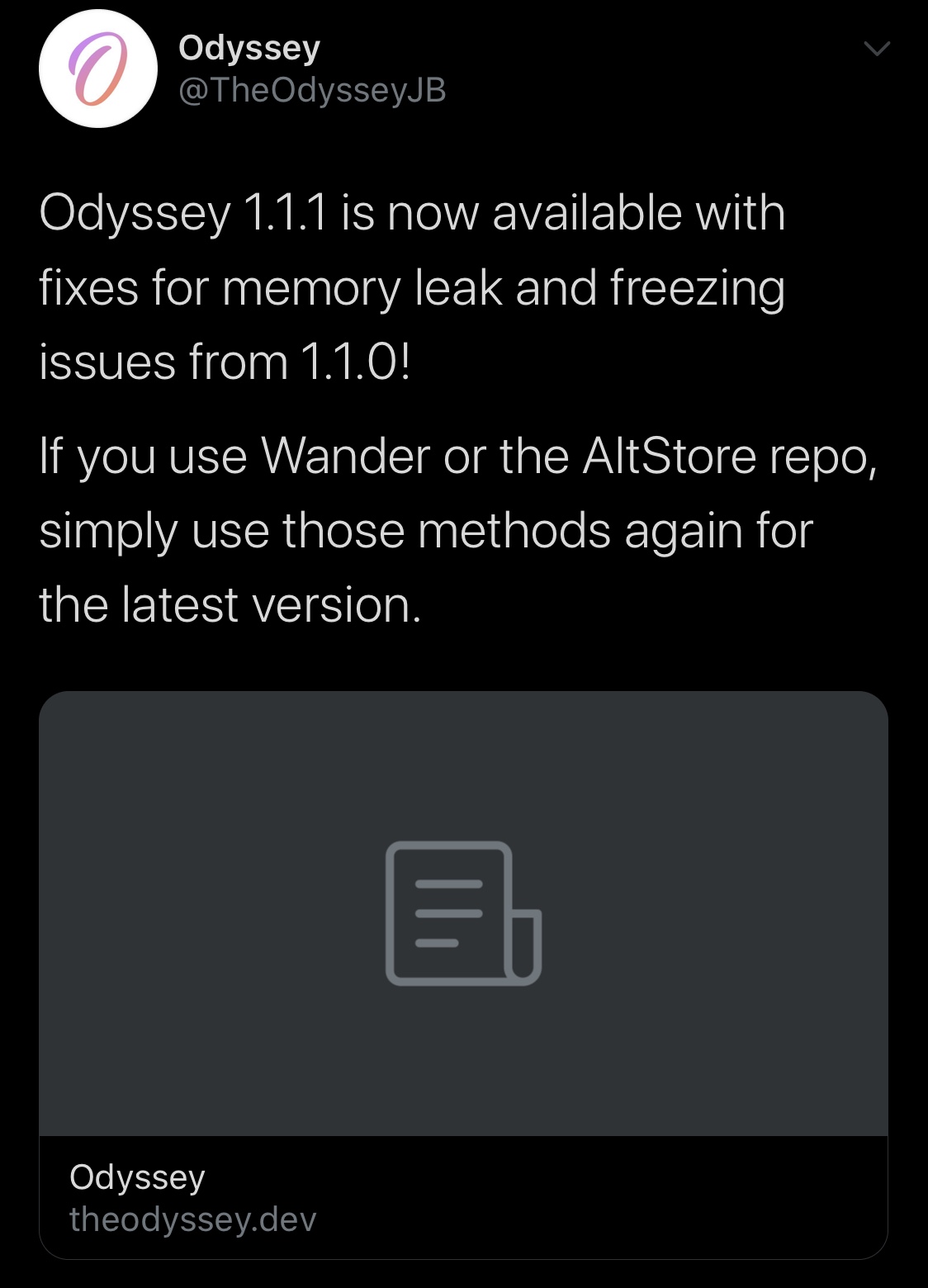 From what we can gather, Odyssey v1.1.1 resolves a few memory leaks and freezing issues that were reported by users in the previous v1.1.0 release. With that in mind, this update is highly recommended for all Odyssey jailbreak users to ensure the long-term stability of their device under normal usage.

As you might come to expect, the latest version of the Odyssey jailbreak tool can be downloaded free of cost from the official theodyssey.dev website. It can then be side-loaded with the AltStore application for macOS or Windows — the same process applies if you are using the Wander extension for Apple’s Shortcuts app, except that you won’t need to visit the website in this case.

If you’ve never jailbroken with Odyssey before, and plan to, then you can follow the detailed steps in our step-by-step tutorial to ensure that everything goes smoothly. The Odyssey jailbreak supports iPhones and iPads running iOS & iPadOS 13.0-13.5 and features Sileo as its primary package manager, although others can be installed in its place at the user’s discretion.

Have you updated to the latest version of the Odyssey jailbreak yet, or are you using something else? Let us know in the comments section below.