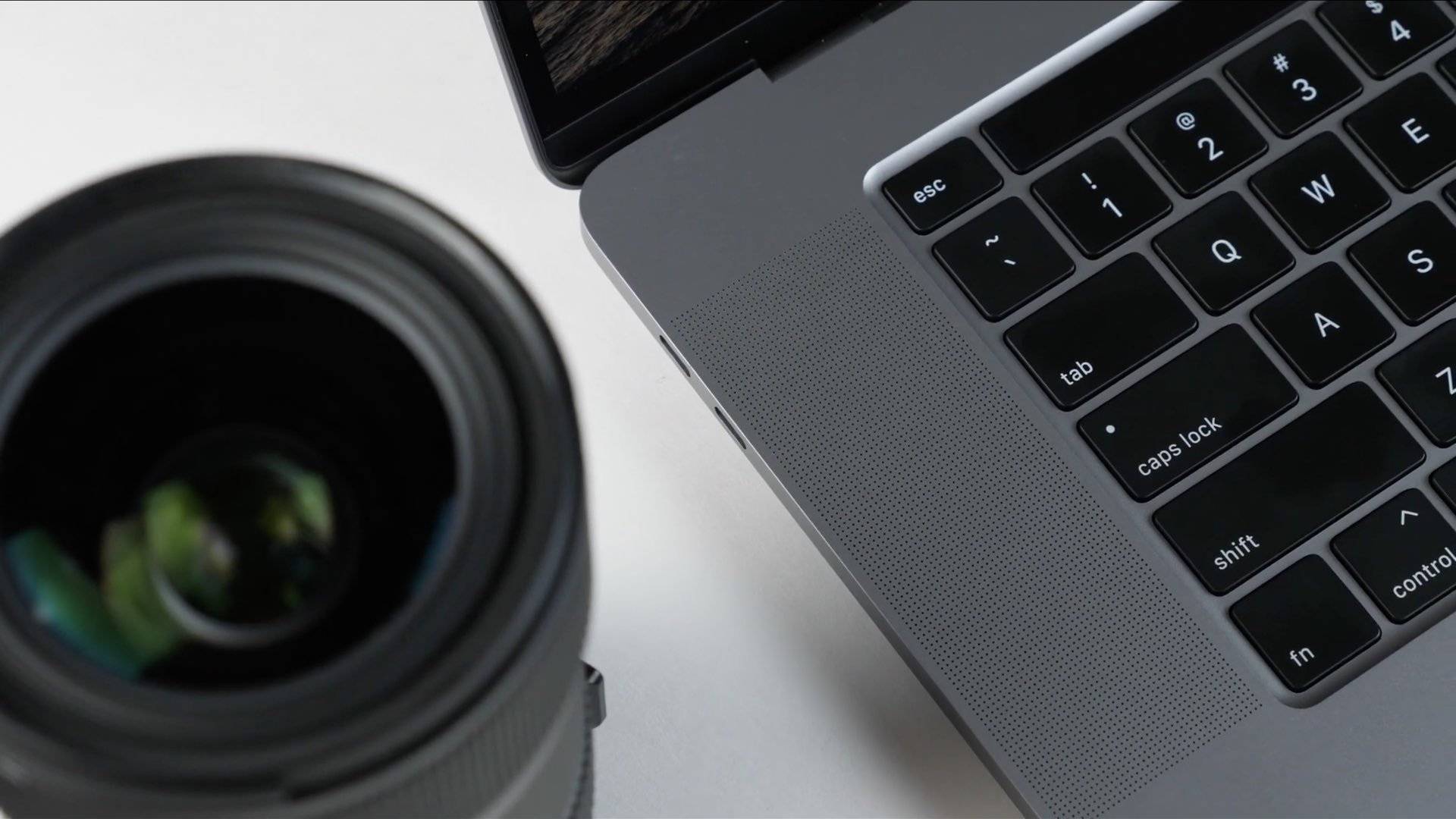 No physical Escape key on your iPad or Mac? No problem, as both iOS and macOS allow you to invoke Escape with a simple keyboard shortcut. Follow along with us to learn how to trigger the Escape command on iPad and Mac keyboards that lack a dedicated ESC key.

How to invoke Escape via a keyboard shortcut

Escape is usually the leftmost key in the function or number row of your keyboard. But not all keyboards are created equal — while PC keyboards and Apple’s standalone keyboards regularly include an ESC key, the introduction of Mac notebooks with Touch Bars has robbed people of a physical Escape key, which is arguably one of the most important keys on any computer.

Turning to iPad, Apple’s iPad keyboard covers — including the Smart Keyboard, Smart Keyboard Folio and Magic Keyboard — lack a physical Escape key. Even though this probably won’t bother you as much on the iPad as on your Mac, the Escape command continues to be as relevant as ever — and that’s especially true if you’re a programmer, a writer or a power user.

While you cannot bring back a missing physical Escape key, you can replicate its functionality with a little help from a nifty universal keyboard shortcut, and here’s how:

To invoke Escape, press Command (⌘) + period (.) on the keyboard

This useful system-wide synonym for Escape works across iOS, iPadOS and macOS. It actually dates back to classic Mac OS decades ago. With iPadOS 13.4, Apple’s brought the key combination to its tablets, providing not only feature parity in terms of the Escape command between the iPad and Mac, but also a viable replacement for those who couldn’t live without it.

The above keyboard shortcut isn’t your only option when it comes to mimicking the Escape key functionality. If you have a Mac notebook equipped with a Touch Bar, you can make the hidden function key row, which includes an Escape key, appear by doing the following:

Doing so will make a virtual ESC key appear in the Touch Bar.

If you sometimes prefer to run Windows on your Mac through Apple’s Boot Camp feature, there’s nothing to worry about either because the Touch Bar will automatically show the function key row along with a virtual ESC key as soon as you boot the computer in Windows.

TUTORIAL: How to always show the function keys or media controls on your Touch Bar

Both iOS and macOS also let you remap the Escape command to any hardware modifier key:

For instance, you could set Caps Lock or that little-used Globe key on your iPad keyboard to function as an Escape key. I wouldn’t recommend using the other modifier keys for Escape, especially not Command since it’s frequently used for many keyboard shortcuts.

Hardware key remapping has been available on the Mac for years now. On the iPhone, iPod touch and iPad, this feature was implemented in iOS and iPadOS 13.4 that released in 2020.

To reassign the Escape command to a modifier key in iOS and iPadOS, go to Settings → General → Keyboard → Hardware Keyboard  → Modifier Keys, then select a desired modifier key that you wish to remap to Escape (read detailed instructions in our dedicated tutorial).

On macOS, you must go to System Preferences → Keyboard, click the Keyboard tab and then hit the Modifier Keys button. Next, click the popup menu for a modifier key you’d like to change, such as Caps Lock, and assign it a different action like Escape, then click OK. 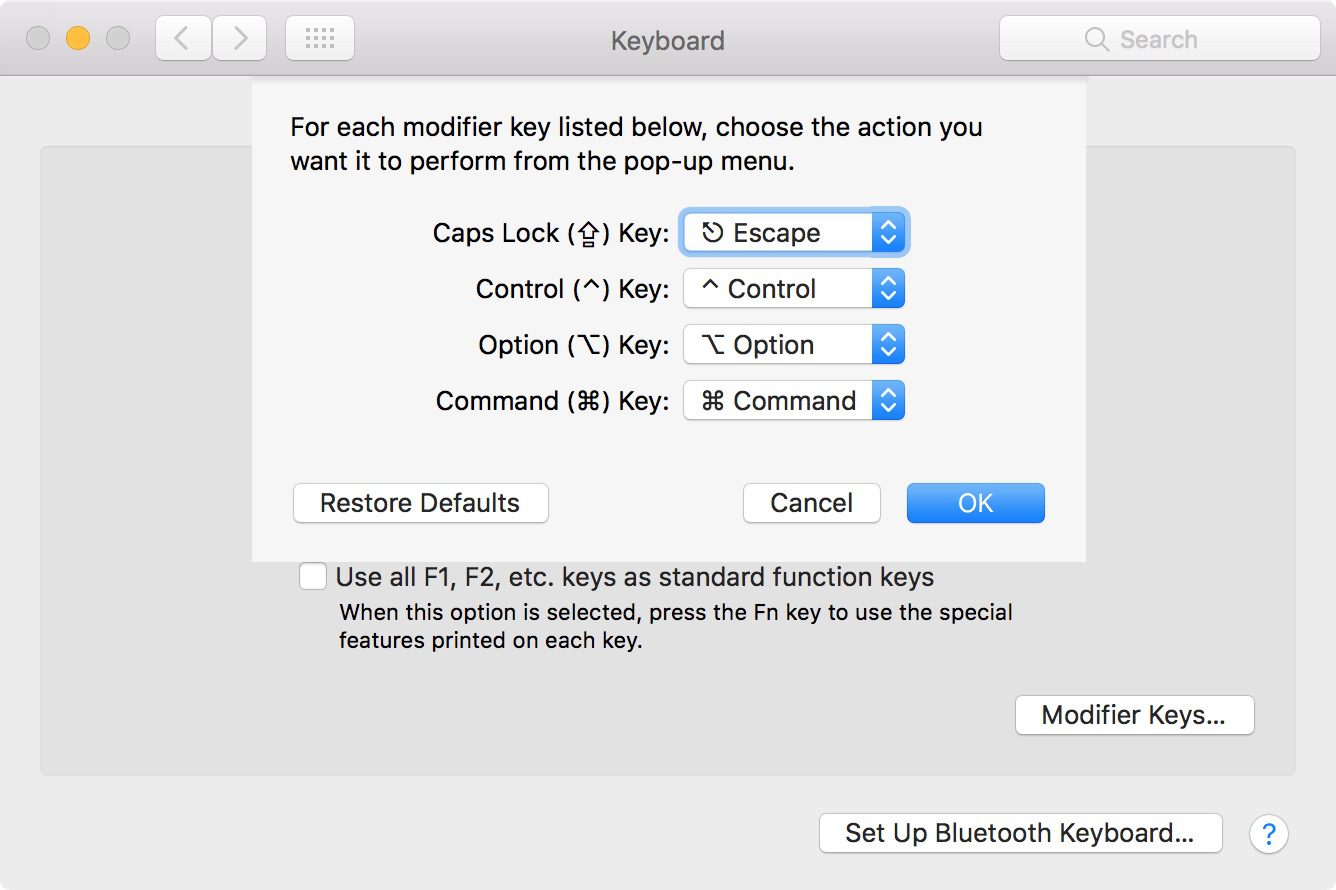 Check out our dedicated macOS tutorial for the full overview of the whole process.