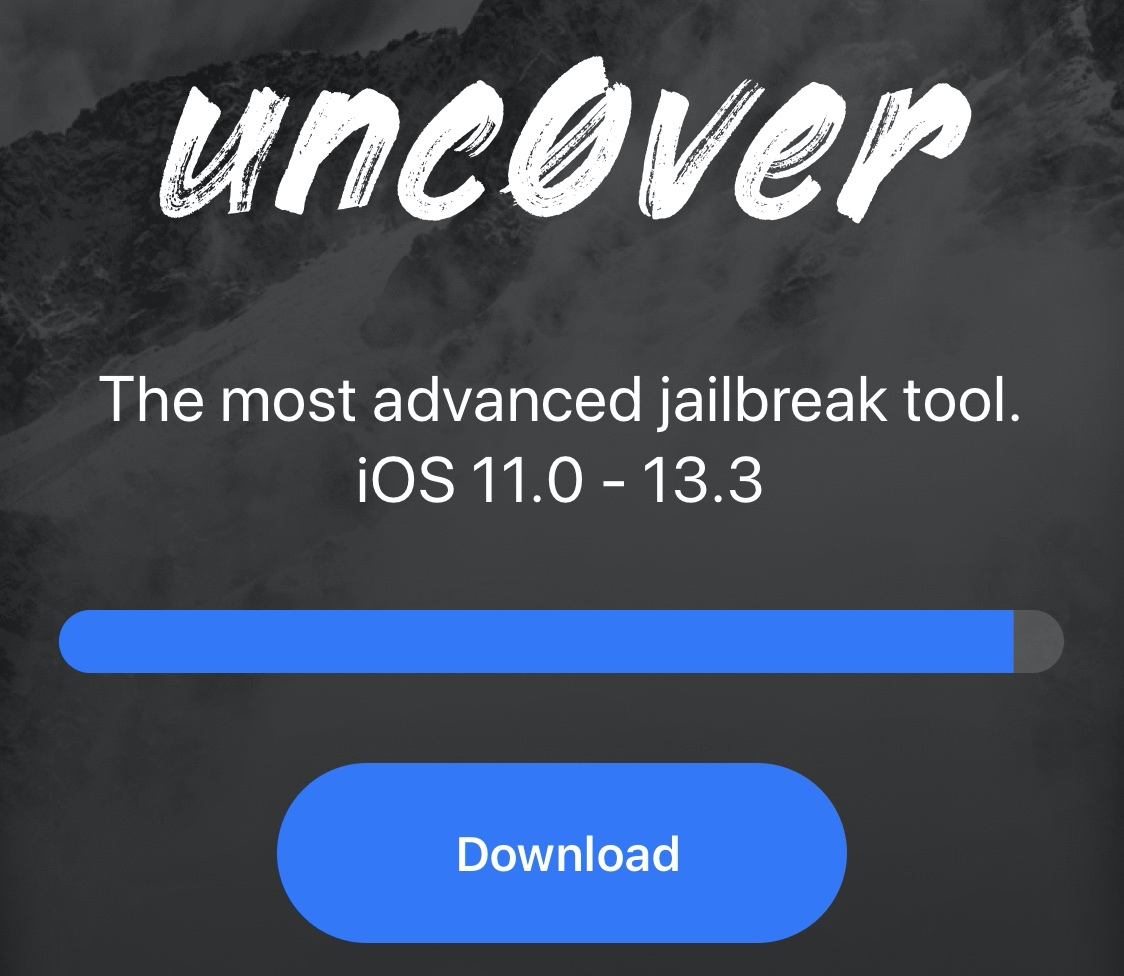 Ever since the unc0ver jailbreak picked up support for iOS 13.0-13.3 on A12(X)-A13 devices with the help of Brandon Azad’s oob_timestamp exploit, Pwn20wnd has been releasing bug fix updates on a regular basis to address some of the issues reported by users. Today is no different.

Shared in a a series of Tweets this afternoon, Pwn20wnd announced the launch of unc0ver versions v4.1.0 and 4.1.1, with the latter being the newest: 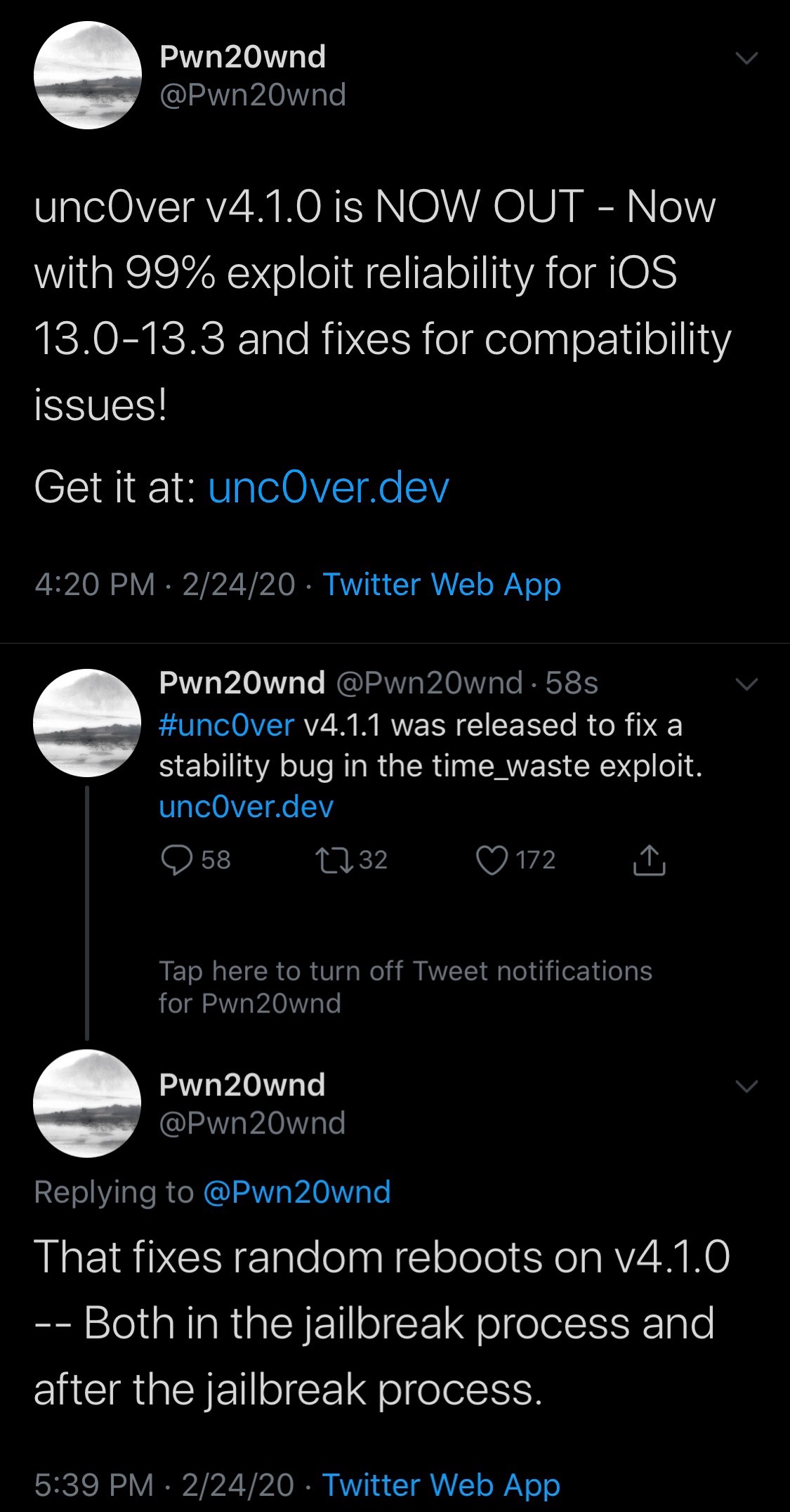 From what we can gather, the most significant change in unc0ver v4.1.0 of involves the addition of Jake James’ new time_waste exploit, which resolves the memory leak issues that were present in Azad’s original oob_timestamp exploit. Consequently, it replaces Azad’s oob_timestamp exploit entirely. Other changes include reliability enhancements for the iPhone 11 Pro and the iPhone XR.

Shortly after, unc0ver v4.1.1 was quickly released to resolve stability issues in unc0ver v4.1.0, which included random reboots both in and after the jailbreak process.

According to a previous Tweet, the stability issues with the iPhone XR and 11 Pro were allegedly brought about by a minor mistake on behalf of an internal exploit tester: 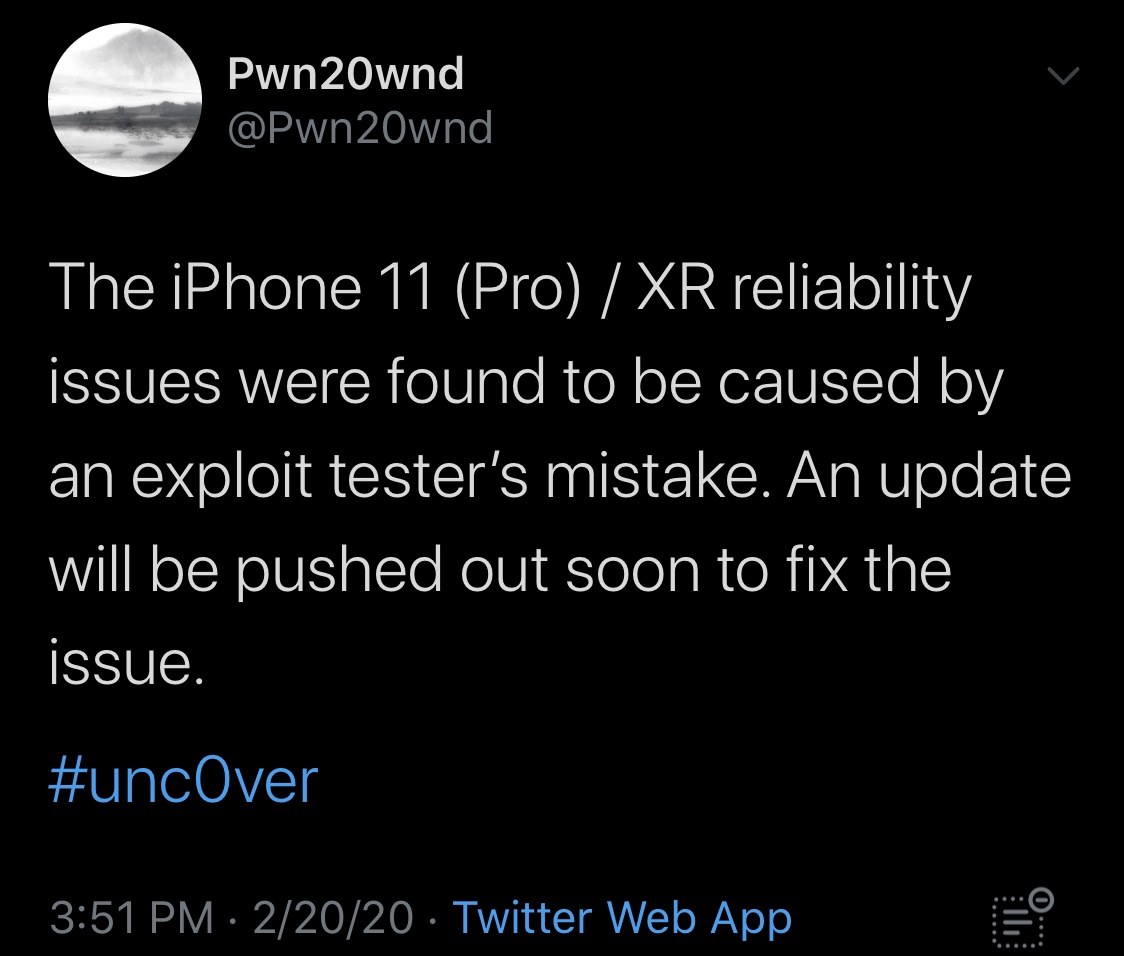 An additional Tweet shared just this afternoon revealed that Pwn20wnd has plans to make unc0ver inter-compatible with the checkra1n jailbreak in a future update. This would mean allowing checkra1n jailbreak users to continue their jailbroken state with unc0ver when they were away from a computer: 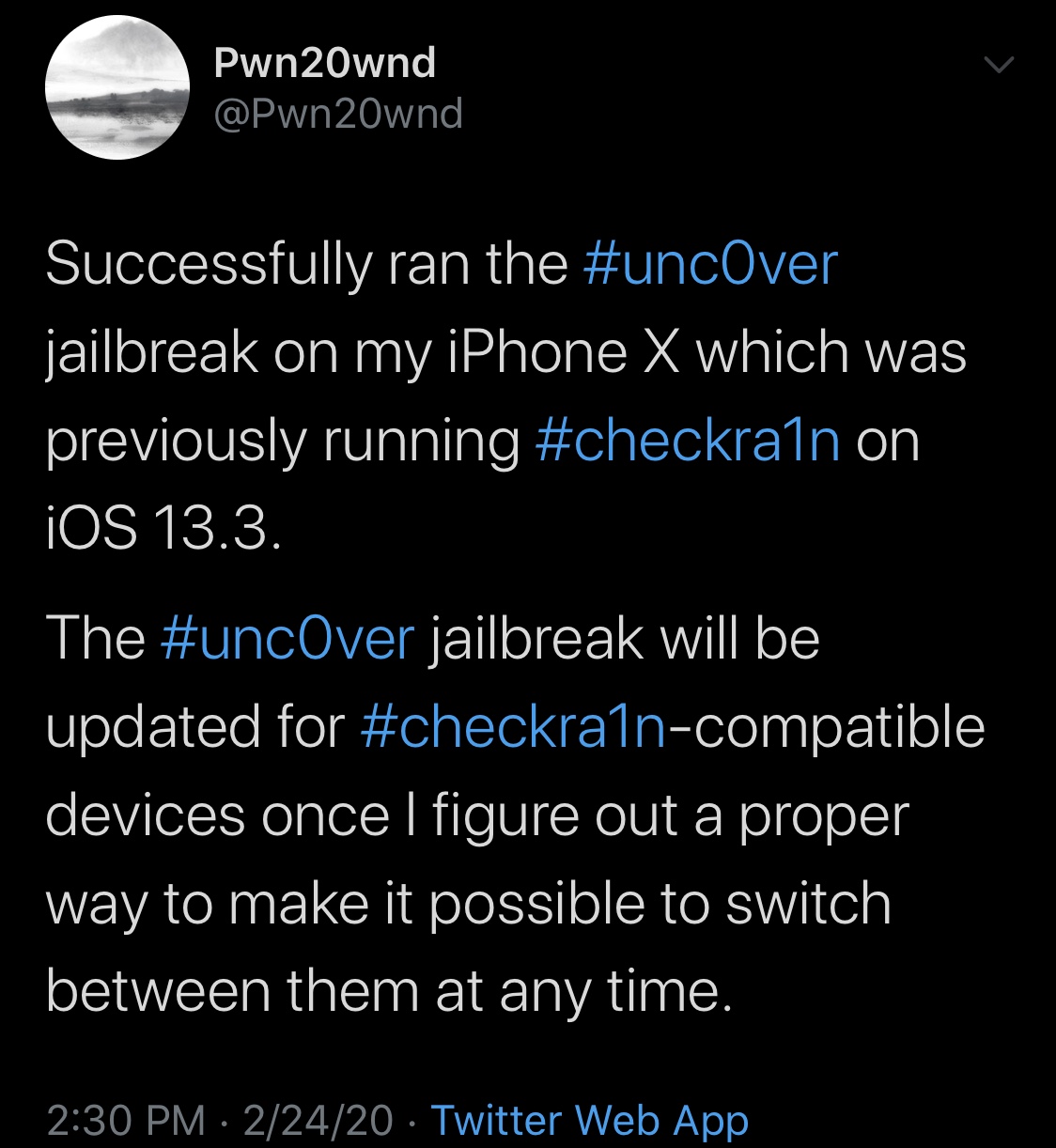 There’s no telling yet when such an update could surface, but it’s certainly something for checkra1n users to look forward to since each type of jailbreak comes with its own unique pitfalls.

If you’re using an earlier version of the unc0ver jailbreak or you’ve been having trouble jailbreaking your iPhone 11 Pro or iPhone XR, then you’ll almost certainly want to download and deploy the latest version of the jailbreak to ensure you have the latest bug fixes and improvements. You can download it from the official unc0ver.dev website.

We have several detailed step-by-step tutorials for using the unc0ver jailbreak, which we’ve linked for your convenience below:

It’s worth noting that those using devices older than A12 will need to use the checkra1n jailbreak instead, as unc0ver does not yet support these device types.

Have you used the latest version of unc0ver yet? Let us know how it went for you in the comments section below.