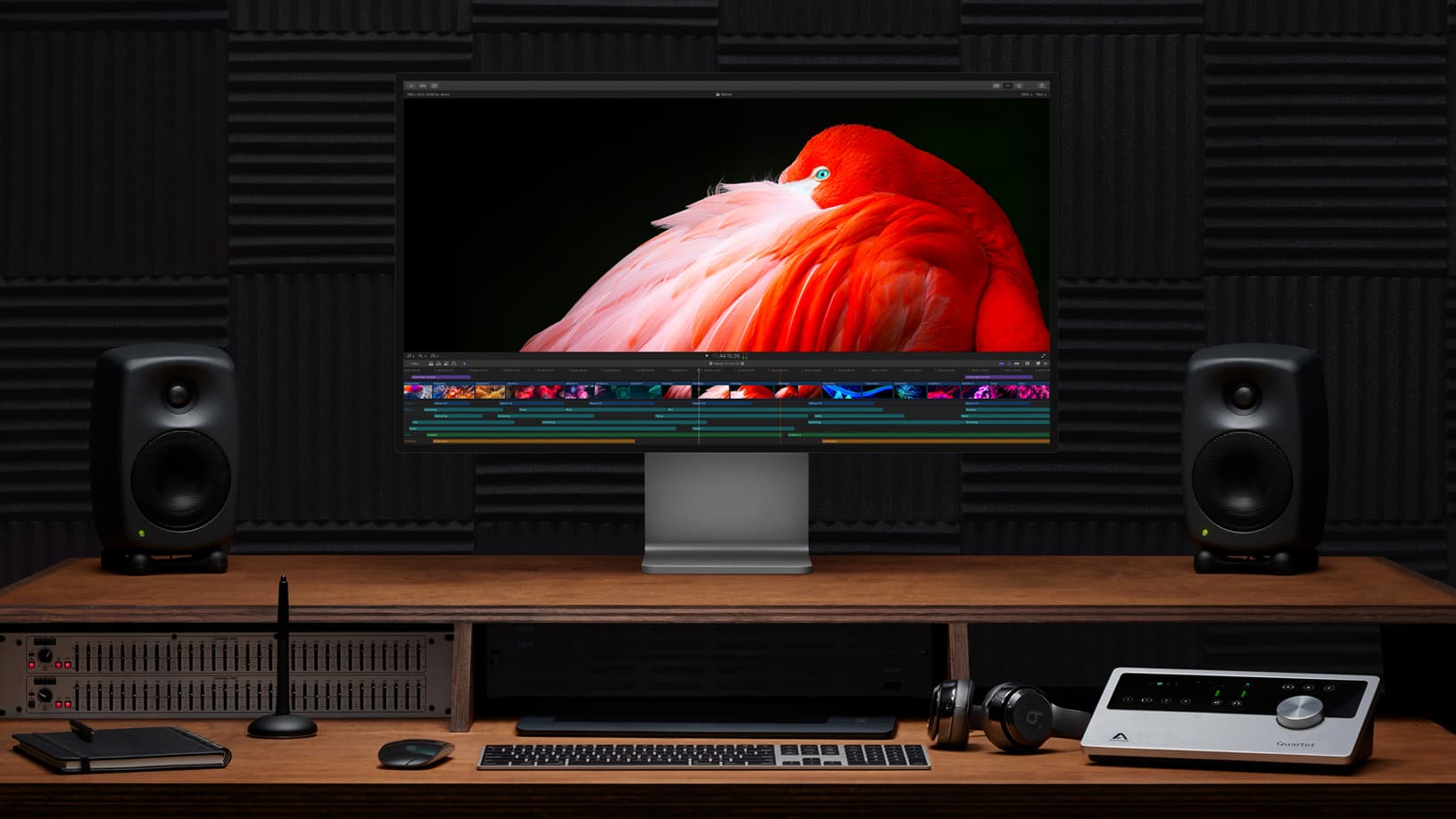 Mac Pro and Pro Display XDR in the news

Mac buyers began to take ownership of their new Mac Pros and Pro Display XDRs after the new gear went on sale last week. In typical fashion iFixit did a teardown as soon as they could get their hands on one. They declared it a “masterclass in repairability,” because it can be disassembled easily with common tools – a far cry from most other Macs, but perhaps not entirely unexpected from a computer designed to be as modular as the Mac Pro.

Initially, Mac Pro customers were limited to 4 TB of factory-installed internal SSD storage, but that changed this week once Apple began offering 8 TB as an option. It adds a cool $2,600 to the price of your Mac Pro.

If you want expand your Mac Pro’s internal storage after the fact, you can’t just yank the factory-installed SSD – it’s socketed, but it’s Apple’s own connector rather an an industry standard like M.2, and it’s mated to Apple’s T2 security chip.

The good news is the Mac Pro has gobs of internal expansion thanks to PCI Express expansion slots. And this week long-time Apple peripheral maker Other World Computing introduced the Accelsior 4M2 SSD, its fastest-ever PCIe-based SSD. The new card sports data transfer speeds of up to 6,000 MB/s. Inside is an array of four M.2 SSDs, configured as a RAID using included SoftRAID software. The card also works with 2012 and 2010-era Mac Pros as well as compatible PCs. Soon you’ll be able to hook it up to any Thunderbolt 3-equipped Mac using OWC’s forthcoming Helios 3s chassis. OWC is selling the new card in 1 TB – 8 TB configurations starting at $479.99.

The $4,999 Pro Display XDR was in the news, as well. The new 6K display from Apple is going toe-to-toe with studio reference monitors that run for several times its price, and it’s coming out favorably. Reviewers love the brightness, color accuracy, extreme contrast and detail. Apple maintains a list of Mac models that can support the new display, but it turns out that it also works with other Apple devices that aren’t on the official list, including the iPad Pro and older MacBooks. What’s more the iMac Pro can use the Pro Display XDR as long as you’re willing to accept 5K resolution.

The burgeoning market smart home appliances continues to grow rapidly but it’s heading for a crisis, thanks to competing standards from different manufacturers, security concerns and more. That’s what Apple, Amazon, Google, and others hope to solve with the newly-announced Connected Home over IP working group. The group promises a royalty-free connectivity standard for smart home appliances with the goal of making devices that are secure and interoperable.

Apple’s own HomeKit initiative doesn’t have nearly the marketshare or consumer mindshare as Amazon or Google, so the company is smart to ally itself with those rivals to help shape the future of smart home connectivity. The other big force in the working group is the Zigbee Alliance, a consortium of hundreds of companies building smart products for the home, including the likes of Samsung.

Apple is playing to its strengths as a champion of consumer security and privacy, both in its HomeKit efforts this year and as a member of this new working group. As an example, at WWDC this past June Apple unveiled HomeKit Secure Video, which encrypts video and uploads it to iCloud. Just this week Apple detailed how it protects customer data in a new public-facing Platform Security Guide. At 157 pages there’s a lot to take in, but the company gives detailed information how personal data security factors in to its product offerings, services, and every aspect of the company’s business.

No sooner had Apple announced involvement in the Connected Home over IP working group than it also open sourced portions of its HomeKit Application Development Kit (ADK). Developers can now use the ADK to prototype non-commercial smart home accessories. What’s more, Apple noted that it will contribute its HomeKit Accessory Protocol (HAP) to the new working group.

Of course, none of these efforts make a difference right now – like all industry working groups, it’s going to take time before anything actually happens. Apple and the others in the Connected Home over IP group hope to have a draft specification and a reference implementation by late next year.

Today is the first day of Chanukah and Christmas is in just three days. If you’re still looking for some gifts for folks on your list or you need some stocking stuffers, make sure to check out iDownloadBlog’s 2019 Holiday Gift Guide.

Take a look and see what strikes your fancy. If you’re celebrating this week, please let me wish you the happiest of holidays. Thanks for reading. As always, I encourage you to drop me a note here in the comments with your own thoughts on the week’s news.