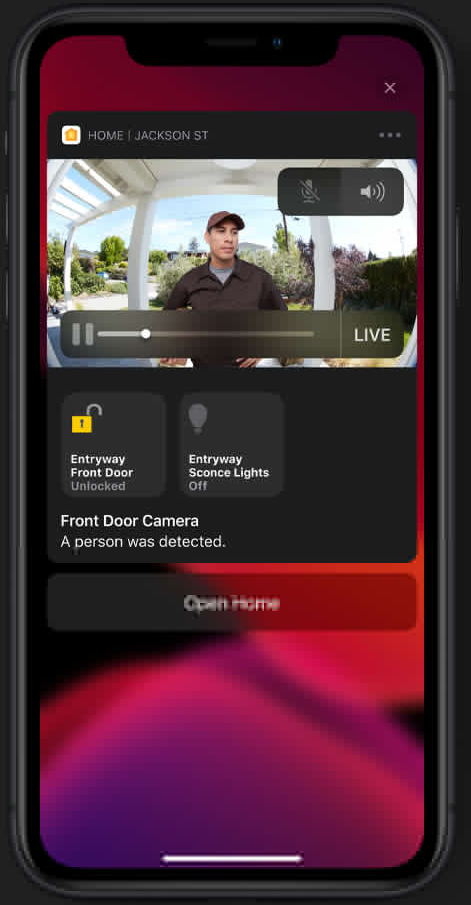 Apple is showing off a handful of new additions to the Home app and HomeKit in general, offering up more iCloud-backed secure options for the smart house.

At this year’s WWDC, Apple showed off more than a few different new additions coming to the smart home alongside iOS 13 later this year. HomeKit is learning some new tricks, while Siri shortcuts is getting expanded, and Apple will be offering better controls for smart home accessories.

First up, HomeKit-enabled video cameras. Apple confirmed that these cameras will be able to detect, and record, specific types of activity. Vehicles, animals, and people were all specifically mentioned during the keynote. And new privacy settings will make it possible for users to choose when their cameras record and stream.

HomeKit-enabled routers are on the way, too. With these equipped in the house, it adds an additional layer of security to the network they are equipped to. And owners will be able to use the Home app to determine which services the enabled routers can communicate with, both in the home and on the internet.

Apple also announced that it is making a change to the Home app. Specifically, the company says that it will be adding even more “robust accessory controls” with the launch of iOS 13 later this year. This should give even more options for accessory owners within their home equipped with a range of smart accessories.

In addition to that, Siri shortcuts is also getting expanded. With the launch of iOS 13 this fall, the feature will now support being added to automations.

Apple is expanding support for AirPlay 2 speakers as well. Now, with iOS 13, users will be a able to access songs, radio stations, and playlists with Apple Music in the equipped speakers.

Apple isn’t just ready to offer iCloud-based storage for security cameras, or even just plain old routers. But the features that Apple announced at this year’s WWDC also offer the added benefit of security, and that is certainly something a lot of homeowners will be looking for, especially as they gain additional smart devices in their home.