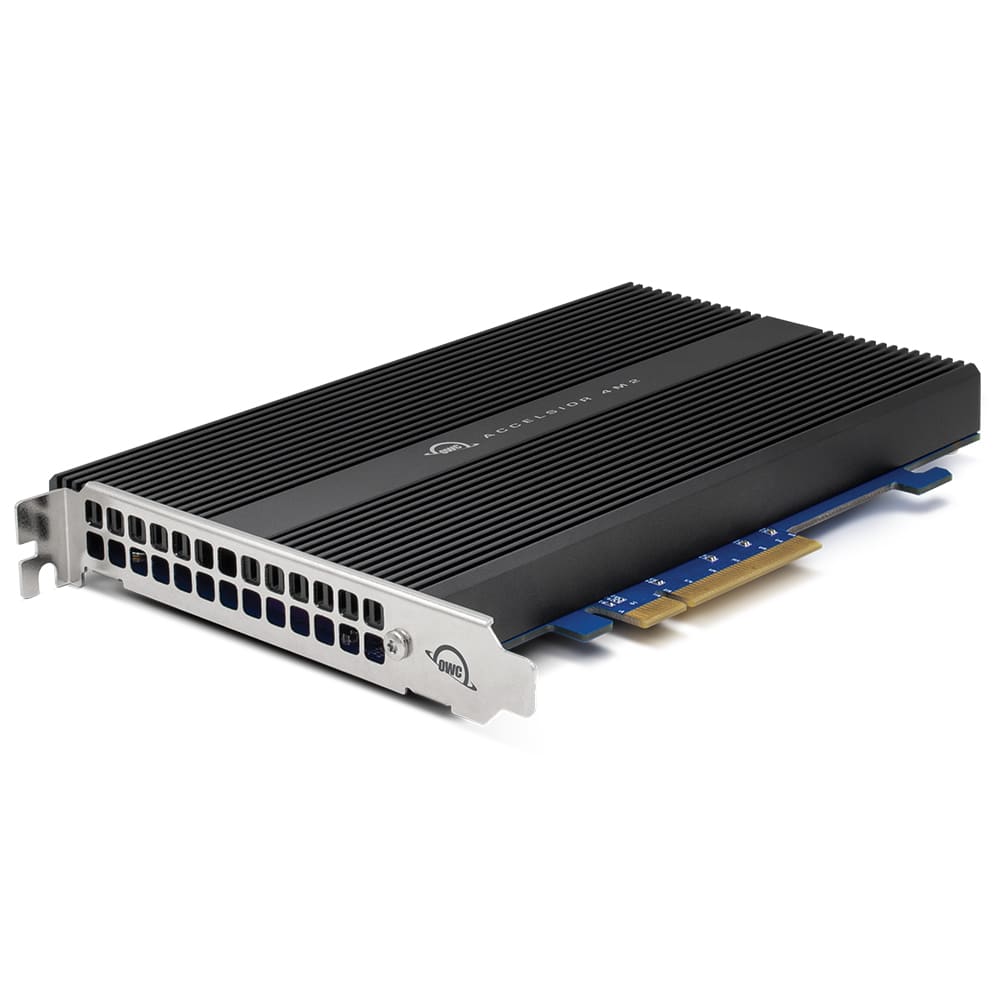 Need more internal storage on your new Mac Pro already? Look no further than Other World Computing (OWC). The company has announced the Accelsior 4M2 SSD, its fastest-ever PCI Express-based Solid State Drive (SSD). It works in the new Mac Pro and the 2012 and 2010 models too, with configurations priced starting at $479.99 for 1 TB.

The Accelsior 4M2 SSD combines four M.2 SSDs that support the NVM Express (NVMe) host controller interface. Combined with RAID software (OWC includes SoftRAID in the package), you can configure the card in RAID 0, 1, 4, 5, 1+0 (10) configurations depending on your needs. OWC says the card can move data at up to 6,000 MB/s in a RAID 0 configuration.

The card sports a finned heat sink cover and will install in any available full-length or half-length 8x or 16x PCIe 3.0 or 2.0 slot. It doesn’t require any extra power cables and, because it’s SSD-based and doesn’t need fans, operates silently.

The card also works in PCIe-equipped PCs, and will work with any Thunderbolt 3-equipped Mac with OWC’s forthcoming Helios 3s chassis.

Need more storage on your new Mac Pro already? Or are you looking to outfit an older Mac Pro with more fast storage? Interested in a PCIe-based SSD RAID? Let me know in the comments.