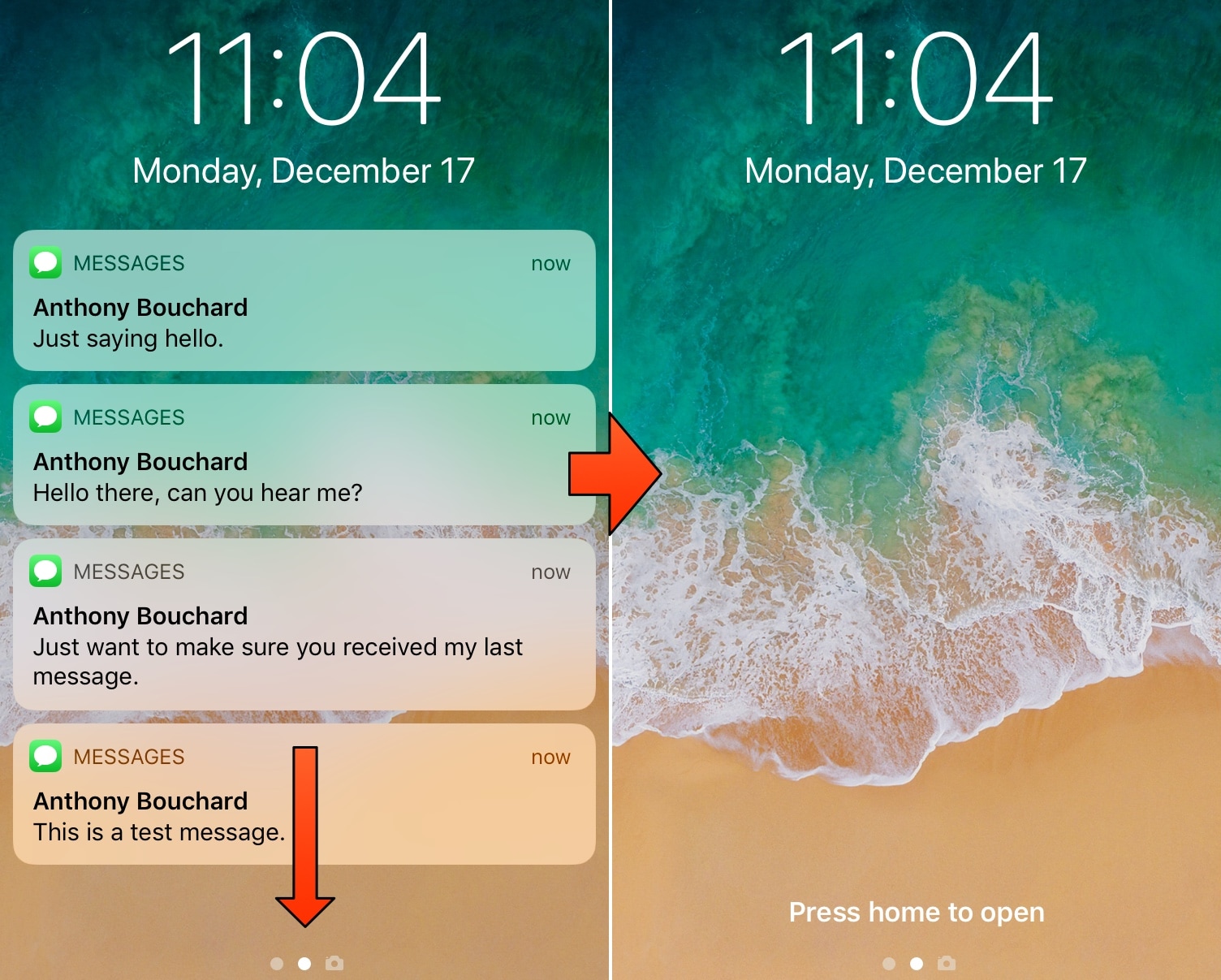 If you’re more popular than the average individual, then you probably get barraged with iMessages and other notifications as you sleep and throughout the day. iOS automatically stacks these missed notifications on your Lock screen to be reviewed later, and you can clear them individually or all in one fell swoop with a 3D Touch gesture.

Apple’s 3D Touch implementation in this regard is neat, but it’s not perfect, and it’s very much a two-step process. A free jailbreak tweak called LSPullToDismiss by iOS developer SparkDev reduces the number of steps required to clear all Lock screen notifications at one time, and it feels more natural than a 3D Touch gesture would.

Just like most other instances of nomenclature in the jailbreak community, LSPullToDismiss received the name it did because of how it functions. In essence, you would merely pull down on your Lock screen’s notification list to remove all pending notifications from the interface, just as we’ve depicted in the screenshots above.

In case you wanted a clearer demonstration of LSPullToDismiss in action, here’s an animated GIF:

As you pull down on the notification-filled Lock screen, it seems as though nothing is happening; but that all changes after you release your grip on the display; all pending notifications just appear to go ‘poof’ in what could only be described as a beautifully-fluid animation.

LSPullToDismiss doesn’t come with any options to configure out of the box, so what you see is ultimately what you get. If you’re interested in trying the tweak, then you can download it for free from SparkDev’s beta repository in Cydia. LSPullToDismiss works on all jailbroken iOS 11 devices.

Do you prefer Apple’s 3D Touch method or SparkDev’s pull-to-dismiss method for clearing missed notifications on your Lock screen? Let us know in the comments section below.