Can’t remember the name of that app you downloaded a month ago and then accidentally deleted? You can find it again by checking your App Store history, where all your downloaded apps, free or paid, are logged. In this post, we will show you how you can find out your app download history on your iPhone or iPad. 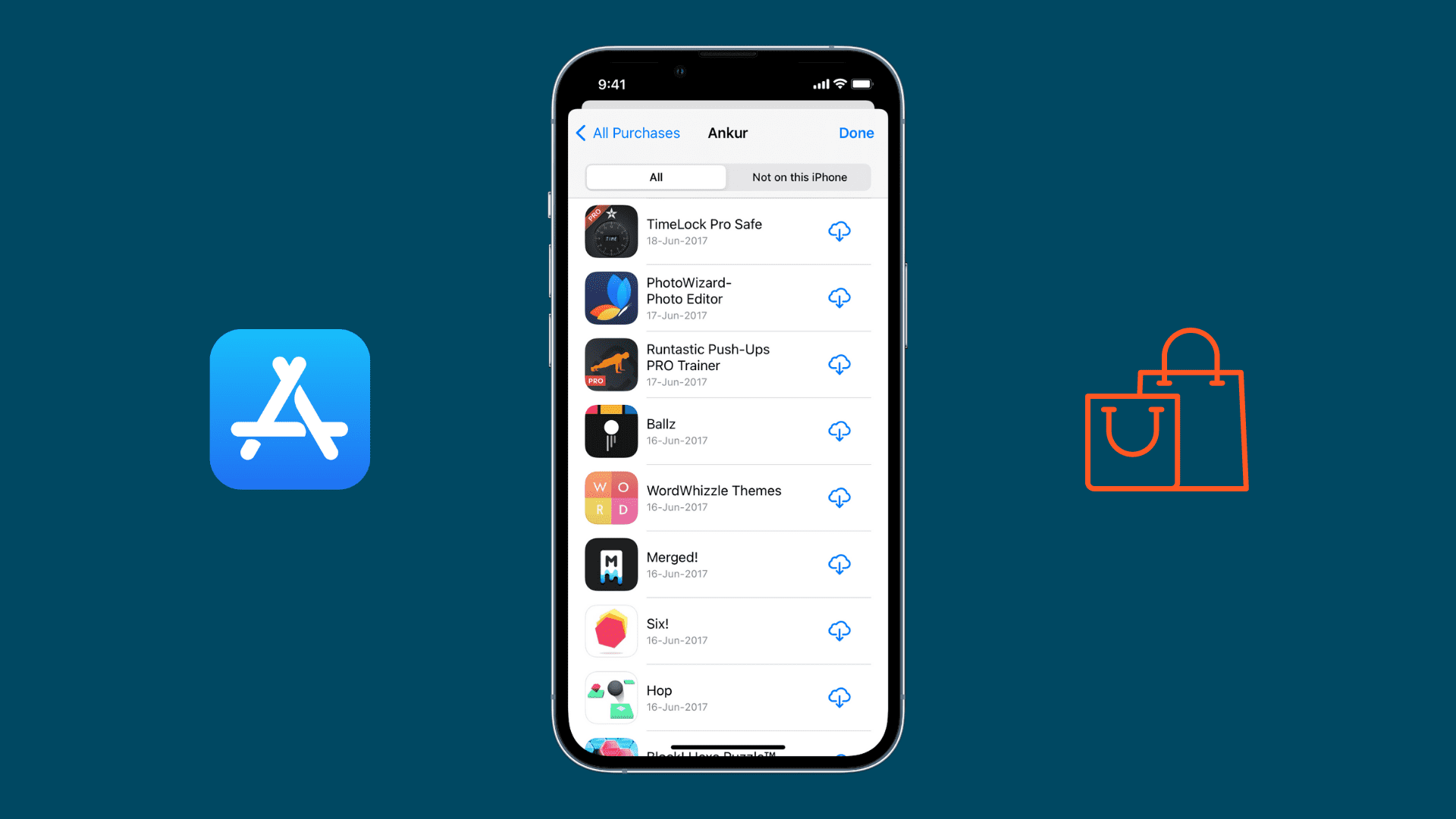 How can I see my App Store download history?

You can access your app download history in two ways. Being a shortcut, the first way is definitely the fastest. The second way involves a couple of more steps, but I believe each user should know where to locate that information.

Press the App Store app icon on your iPhone Home Screen. You will see shortcuts (officially termed as quick actions), one of them being the Purchased tab. Tap it, and then tap My Purchases to access your list of previously downloaded apps.

Alternatively, you can also follow these steps to see your purchased or previously downloaded apps:

1) Open the App Store app and tap your profile picture.

2) Locate your Account photo at the top, and tap it.

3) Tap the Purchased tab. Note that this tab is slightly misleading because it contains both the apps you purchased and those you downloaded for free. A better name for this tab would be Downloaded, but I digress. 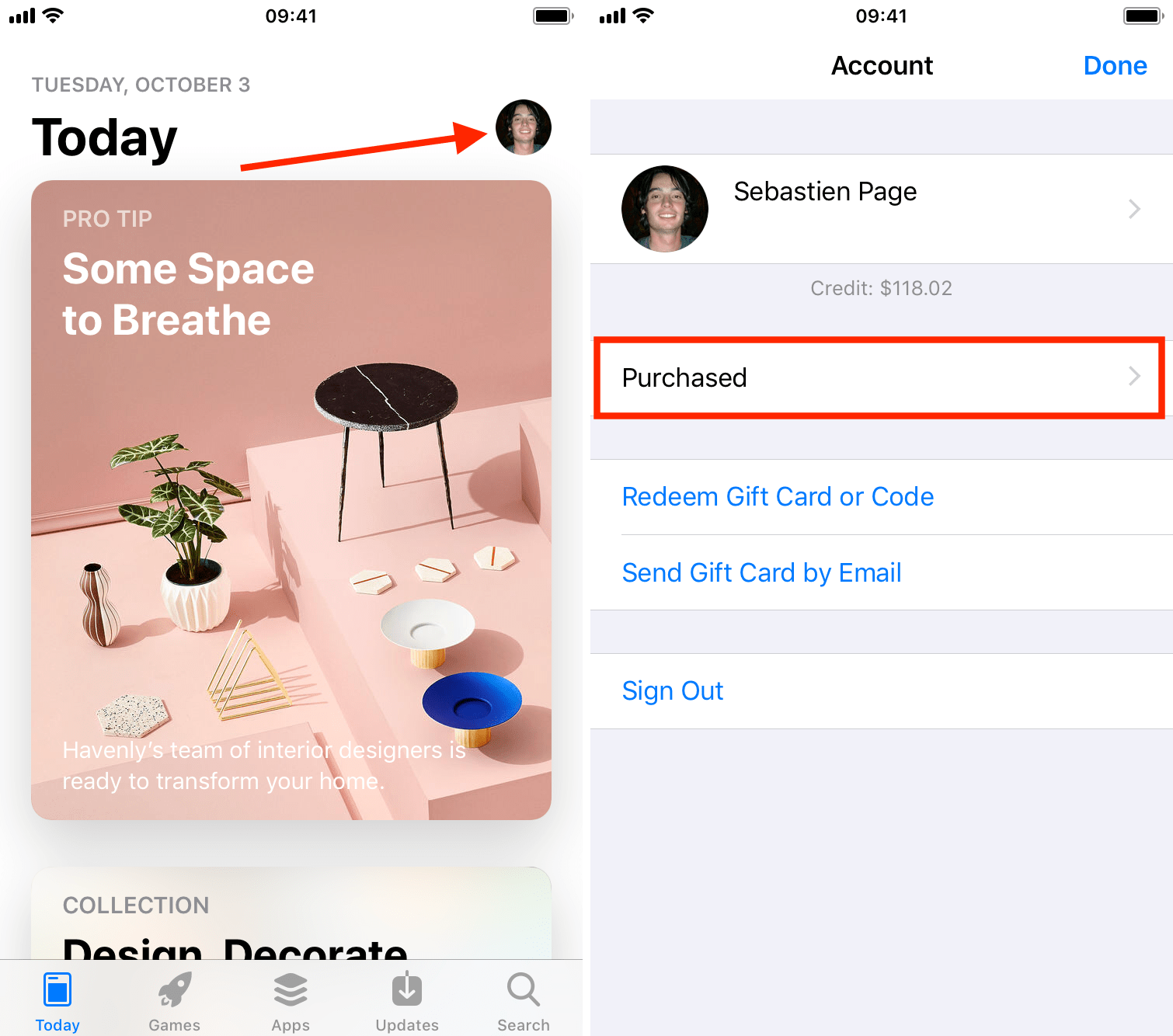 5) You will see a list of all apps you have downloaded, from the most recent to the oldest one. 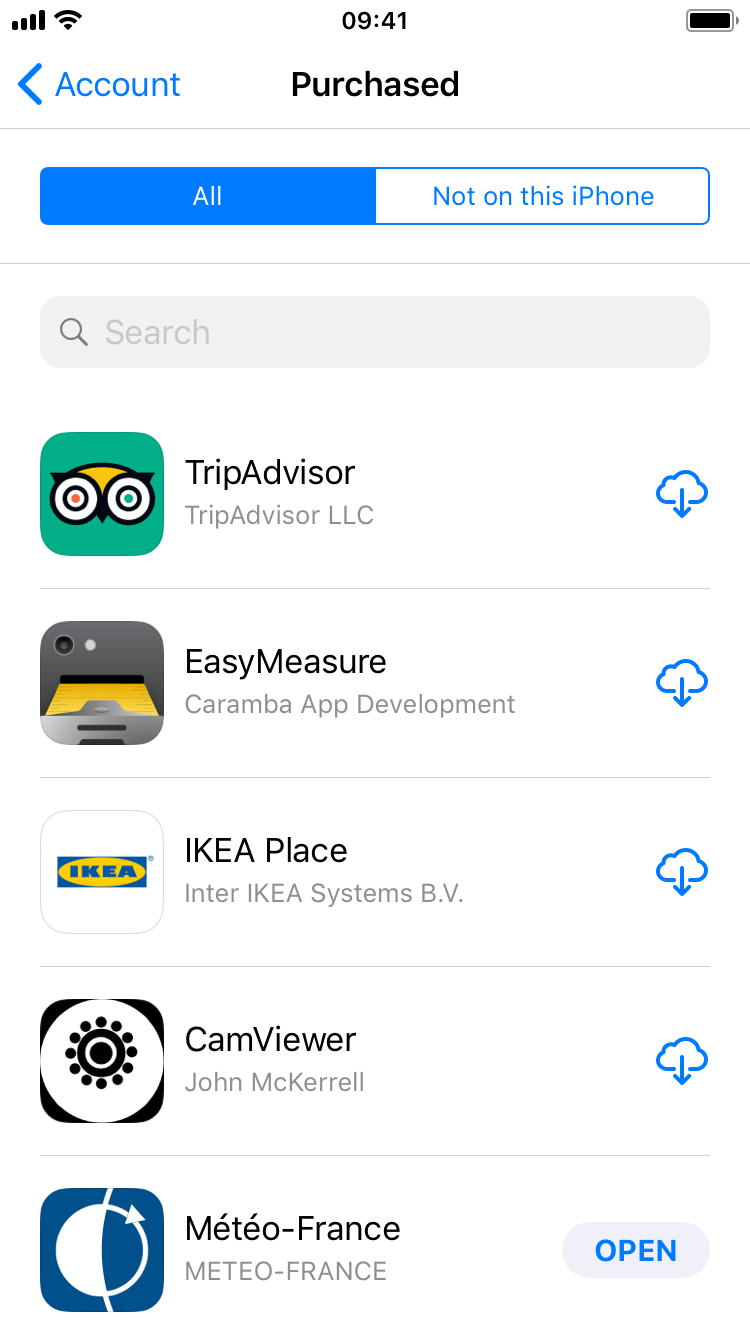 There are two tabs at the top that allow you to narrow down your search: All, which lists all apps downloaded, and Not on this iPhone, which as the name suggests, only lists downloaded apps that aren’t installed on this device yet.

Finally, you can use the Search field should you want to type in the name or parts of the name of the app you are looking for.

Now that you know how to find out your app purchase history, you’ll probably want to download some of your old-time favorites. While Apple lets you download most apps again, just know that some of them aren’t eligible for redownload.

For instance, applications that haven’t been updated with support for 64-bit devices won’t be downloadable. They will show in your history with a note from Apple saying that “the developer of this app needs to update it to work with iOS 11 or later.”