Hot on the heels of multiple reports calling for some sort of facial recognition on iPhone 8 to potentially augment or supplant Touch ID, news reaches us that Apple has acquired RealFace, a machine learning and facial recognition company hailing from Israel.

The Tel Aviv-based startup, founded in 2014 by Adi Eckhouse Barzilai and Aviv Mader, was bought for $2 million, according to the Times of Israel. Hebrew-language financial outlet Calcalist pegged the deal’s value at several millions dollars. RealFace is innovating user authentication with what it calls the worlds leading facial recognition technology.

“Our revolutionary software is offering customers a smart biometric log-in solution that is changing frictionless access to applications on mobile,” reads the website.

It’s unclear whether or not the removal was made at Apple’s request. The iPhone maker has not yet “confirmed” the deal with its usual boilerplate statement acknowledging that it buys smaller companies form time to time.

RealFace had raised $1 million prior to the acquisition and employs up to ten people.

What you see above is a video demonstration of RealFace’s SDK, powered by their facial recognition technology. It would appear that the startup’s proprietary technology is as fast as Touch ID when it comes to user authentication.

Even more interestingly, RealFace’s Pickeez app employs their facial recognition software to automatically choose the user’s best photos from every platform they’re on.

Check out Pickezz in action on a promo video embedded below.

Computer vision is currently used for things like the Memories feature and facial, object and scene recognition in Photos for iPhone, iPad, iPod touch and Mac. Apple prides itself with the fact that computer vision in iOS 10 uses the power of its in-house silicon and runs directly on an iOS device’s hardware rather than rely on the power of the cloud. 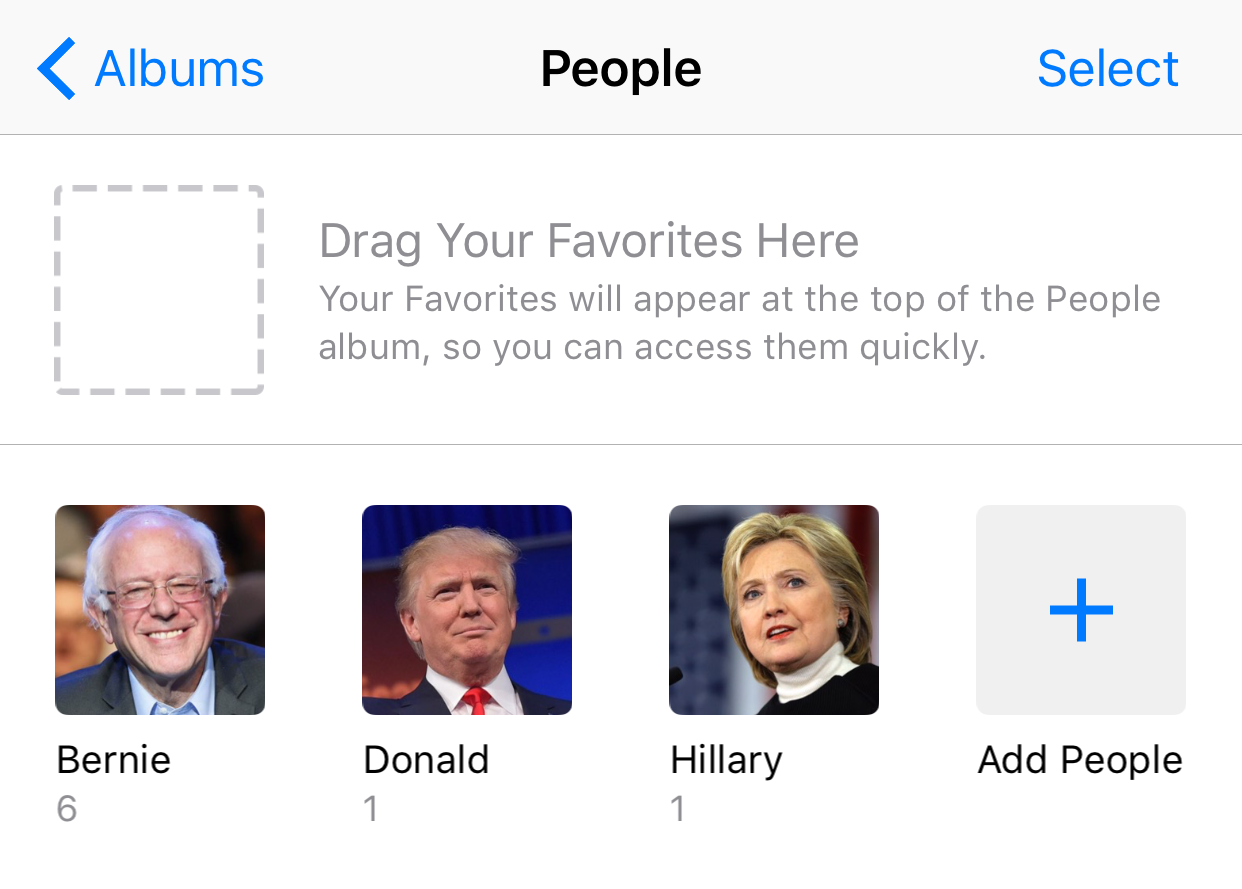 Facial recognition in Photos on iOS 10.

As you may have probably heard, rumor has it that iPhone 8 might employ front-facing 3D laser sensors, not just for advanced augmented reality features but to enable facial scanning as a potential Touch ID replacement, too.