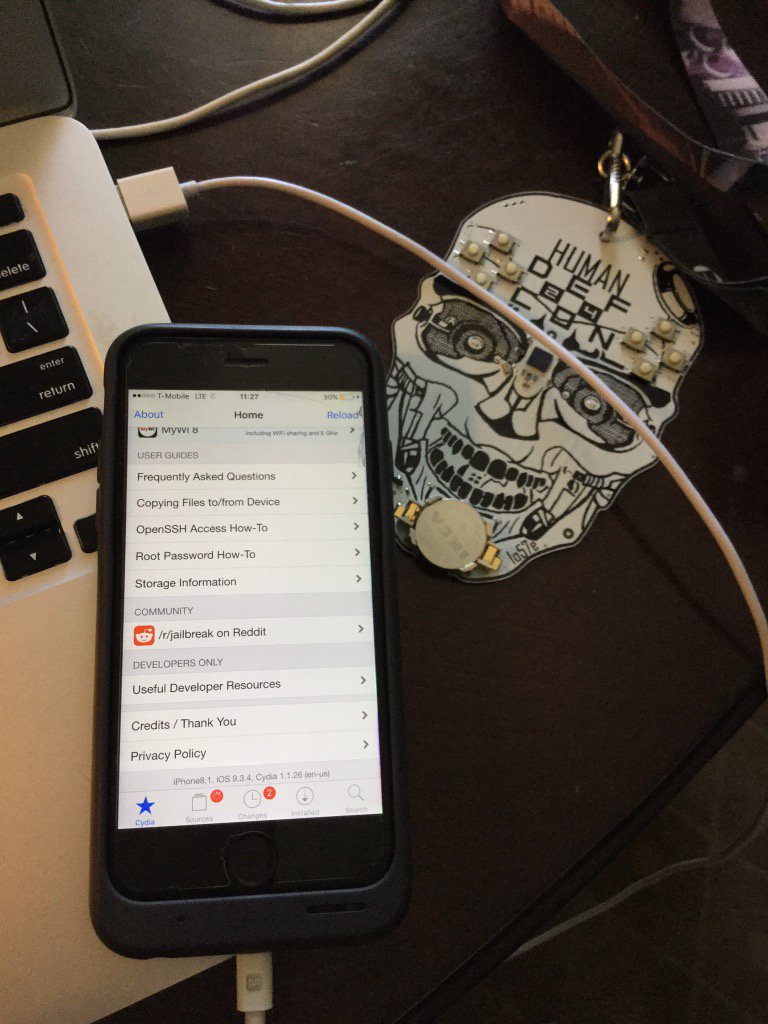 Despite Apple’s release of iOS 9.3.4 on Thursday, which patched the jailbreak that’s currently available from Pangu for iOS 9.2-9.3.3, it would seem that Apple has failed to fill all of their security holes.

Although iOS 9.3.4 patches the Pangu jailbreak for iOS 9.2-9.3.3, that doesn’t mean iOS 9.3.4 is un-jailbreakable. In fact, every release of software always has glitches and exploits in it; it’s just up to the talented hackers to find them and developers to devise a tool that takes advantage of them. 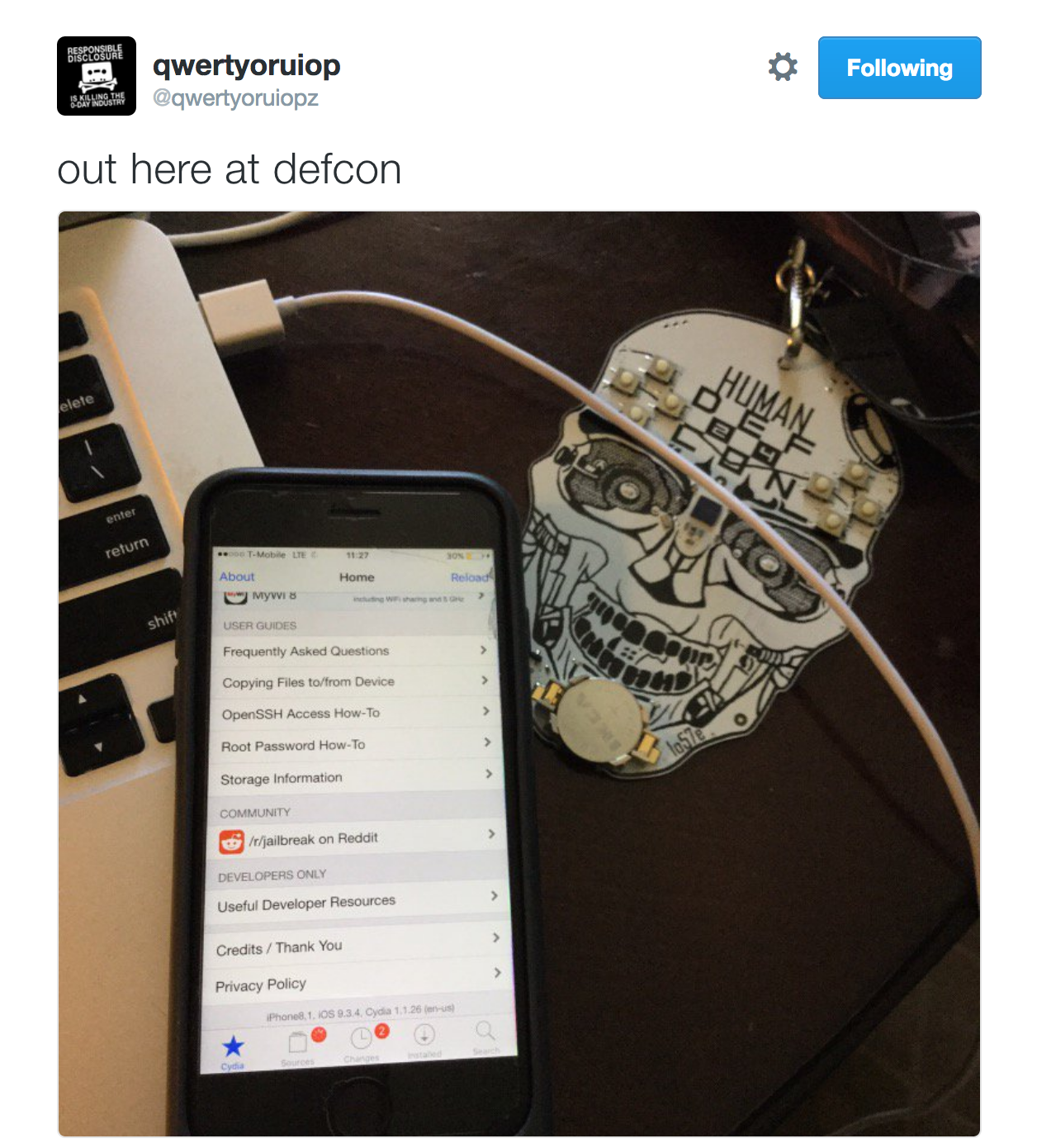 Todesco is currently participating in DEF CON, which is the world’s longest-running and largest underground hacking conference where computer techies and IT professionals can all gather.

“Out here at Defcon,” Todesco Tweeted, as he showed off his jailbroken iOS 9.3.4 device.

Todesco has shared picture and video evidence of his personal jailbreaks in the past, but he doesn’t have a track record of releasing them.

With that being said, this jailbreak, like others demonstrated in the past, probably won’t be released to the public and is for Todesco’s personal use only.

Despite the fact that the iOS 9.3.3 jailbreak from Pangu was quite the cloudy jailbreak in the beginning, things slowly came into focus the days following the release. Nevertheless, we have what’s called a semi-untethered jailbreak for iOS 9.3.3 for 64-bit devices only, and this is likely because of the resources Pangu had available at the time.

Pangu has openly noted that 32-bit support and untether properties are both not coming to the iOS 9.3.3 jailbreak, but it’s unclear if future jailbreaks will follow the same footsteps; Pangu is believed to be working on a public jailbreak for iOS 10 as well.

Developers have also been very quick to update their current tweaks for iOS 9.3.3 this time around, despite the fact that the jailbreak came out of nowhere. New jailbreak tweak releases are also staying fairly steady since the drought is temporarily over with.

Although Todesco’s jailbreak probably won’t be released to the public, it goes to show that jailbreaking is always possible, even if Apple patches older ones. The picture speaks for Todesco’s hacking skills and, in some ways, keeps jailbreakers optimistic about the possibility of future jailbreaks.

Because iOS 9.3.4 can’t be jailbroken right now, we highly recommend staying away from it. If you’ve updated by mistake, iOS 9.3.3 is still being signed, so you should downgrade if you want to jailbreak.