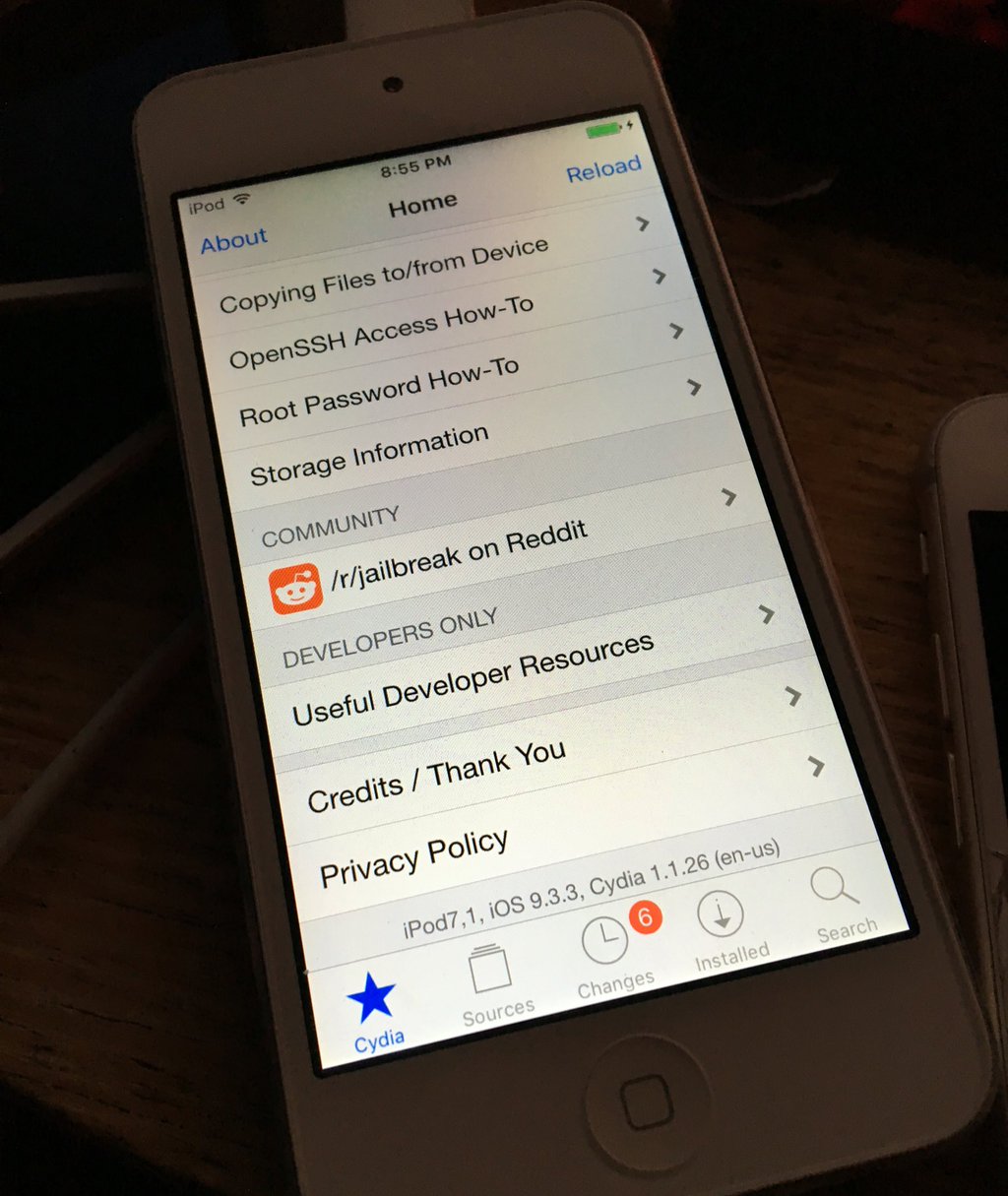 There is a jailbreak for iOS 9.3.3, but you shouldn’t hold your breath for it as you most likely won’t be able to enjoy it anytime soon, if ever. As he did in the past, Italian hacker Luca Todesco teased what appears to be an iPod touch running iOS 9.3.3. beta 1 with Cydia installed earlier today, and if the past is any indication of the future, nothing will materialize for jailbreak users like you and me.

So what’s the point of showing this off if you don’t intend to release anything to the public? Well, you’re just proving you’re talented, but that’s about it.

Todesco is no stranger to such move. In January, he had already showed off an iOS 9.3 beta 1 jailbreak, which as we know, didn’t lead to anything. This reminds us of security researcher Stefan Esser who had a similar habit of teasing jailbroken devices without ever releasing anything to the public.

To be fair, these guys don’t owe anything to anyone, so kudos to them for their awesomeness in their area of expertise. When you’re on the other side of it though, it can feel a little pointless.

iOS 9.3.3 beta 1 was released on Monday, so it seems that whatever exploit Todesco is using is similar to what he already used in the past. The FBI and other government agencies are probably very excited about this. What about you?