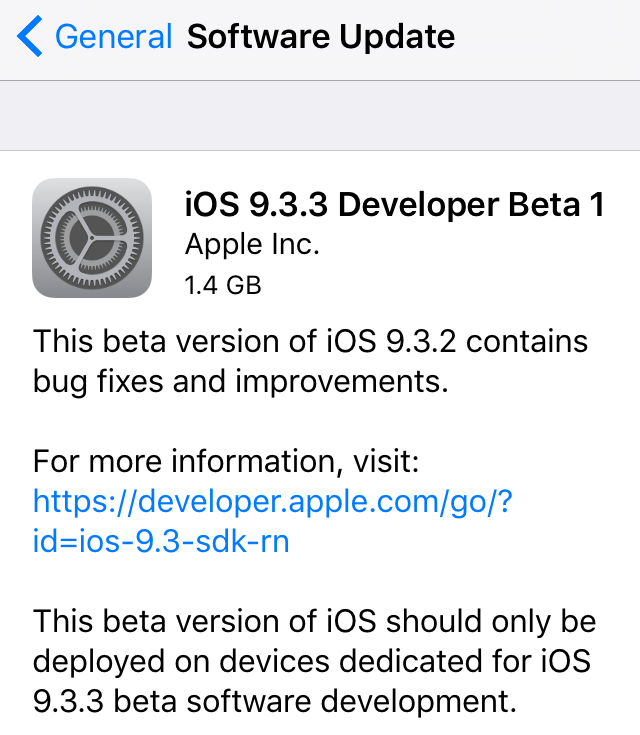 Apple on Monday seeded the first beta of iOS 9.3.3 to developers. Registered iOS developers can grab the new build, which is labeled version 13G12, from the Apple Developer Center, or via an over-the-air update on a compatible device with the latest software.

The update comes just one week after iOS 9.3.2 was released to the public, which brought about a Bluetooth fix for iPhone SE models and other improvements. As you can see in the screenshot above, the 1.4GB iOS 9.3.3 update has also been earmarked for bug fixes.

Interestingly enough, there doesn’t seem to be a 9.3.3 beta available for the 9.7-inch iPad Pro, suggesting Apple hasn’t fixed the crashing issue with the tablet. Last week, Apple was forced to pull the iOS 9.3.2 update because it was bricking a number of Pro devices.

We expect iOS 9.3.3 to be a fairly minor update, and to be made available to the public in short order. Remember that WWDC is now just a few weeks away, and Apple is expected to use its keynote for the event to unveil the next version of iOS and its other platforms.