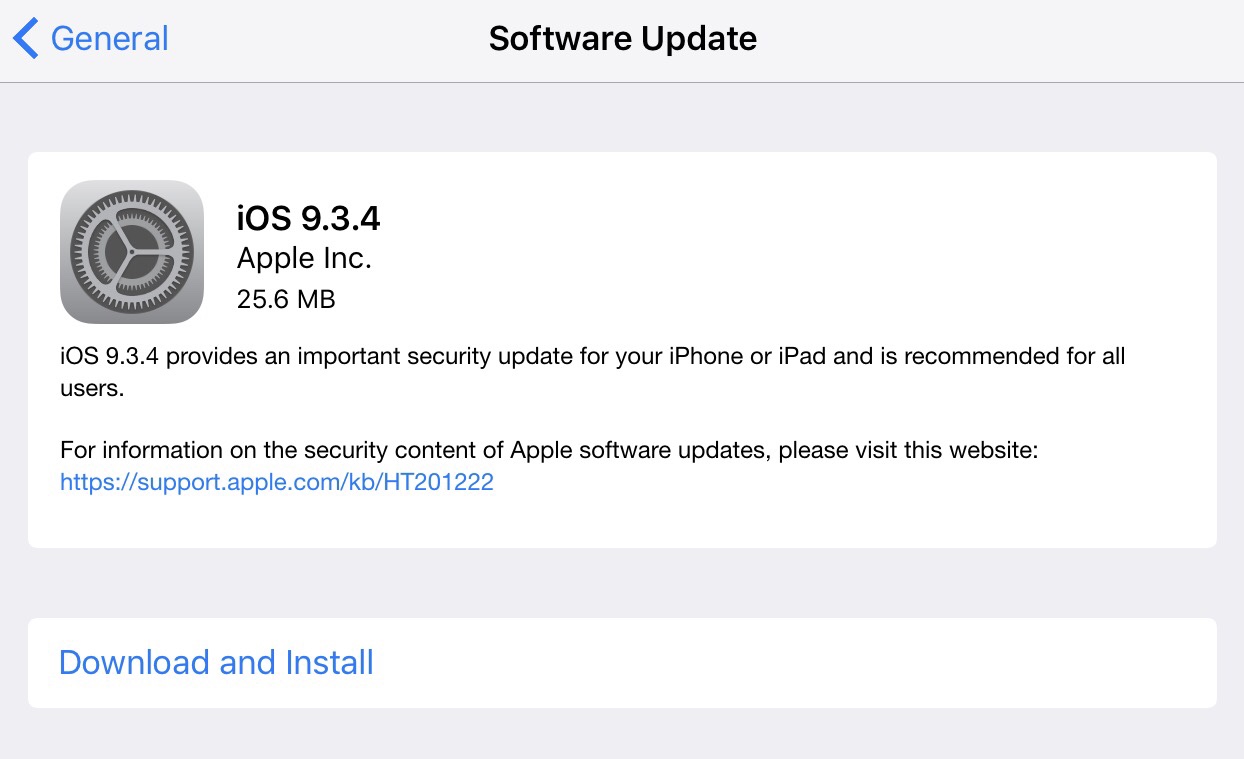 Apple on Thursday unexpectedly released iOS 9.3.4, a minor update to the mobile operating system powering the iPhone, iPad and iPod touch. Release notes accompanying the small download mention that iOS 9.3.4 provides “an important security update” and is recommended for all iOS 9 users. The update can be applied over-the-air on iOS 9 devices in Settings → General → Software Update and has been confirmed to patch the Pangu jailbreak.

“iOS 9.3.4 provides an important security update for your iPhone or iPad and is recommended for all users,” according to the prompt. The new firmware is also available through our Download section.

The security contents of this update should be listed later today in Apple’s support document. This could very well be the last update to iOS devices before iOS 10, currently in beta testing, is released this fall.

Jailbroken users should stay away from this particular release because, as mentioned, it will patch your Pangu jailbreak.

This new version of iOS 9 arrived about three weeks following the iOS 9.3.3 software update containing a bunch of bug fixes and performance and stability improvements.