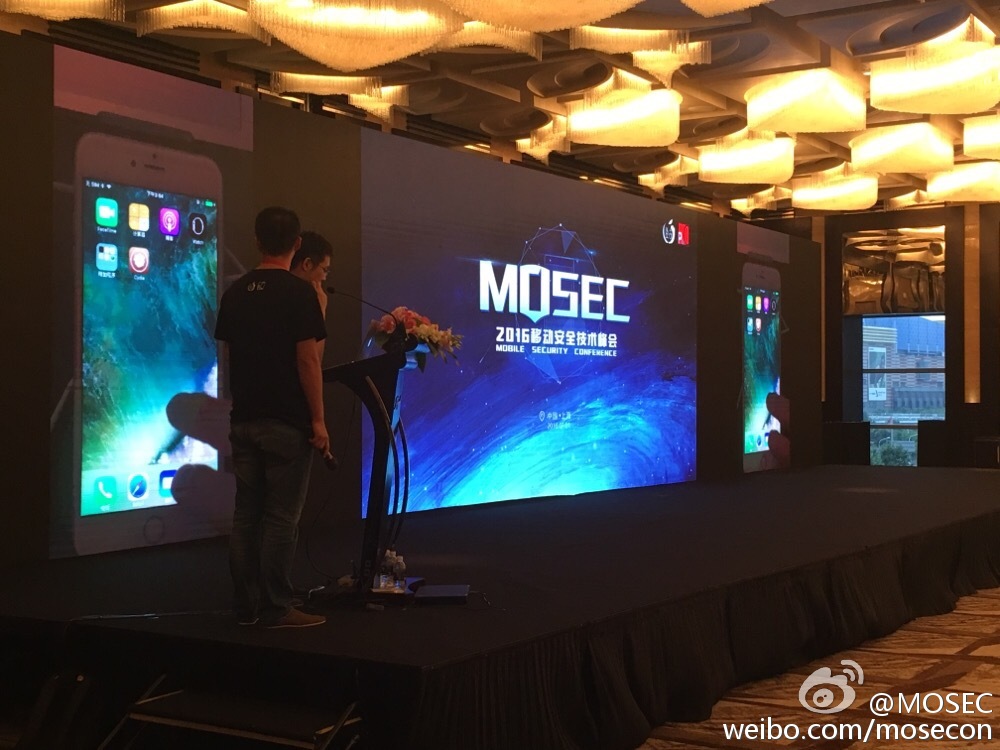 Members of the Pangu Team have reportedly demonstrated a working iOS 10 jailbreak during the MOSEC 2016 conference that was being held in China on July 1, according to Stephen Chan.

In a series of photos, published on the conference’s Weibo account, a screencast of an iPhone shows Cydia as a Siri app suggestion on iOS 10’s new widget screen, as well as Cydia running on the same device.

Of course, this is still far from suggesting the team of hackers has anything to release at this time, but this is nonetheless pretty encouraging.

Tweets related to the event have also suggested that Pangu Team answered questions from the audience, hinting that they will release a jailbreak for iOS 9.3.2 shortly. The authenticity of this claim is very questionable at this time, so take this with a sizable grain of salt.

What is sure is that Pangu Team has something for iOS 10 in the works, and this is worth getting excited about. Now let’s just hope it materializes into something end users like you and me can benefit from.

The first beta of iOS 10 was released to the public on June 13. While it is unclear what method or exploit Pangu Team used to get Cydia running on this software version, things can drastically change as Apple releases new updates in the weeks to come.