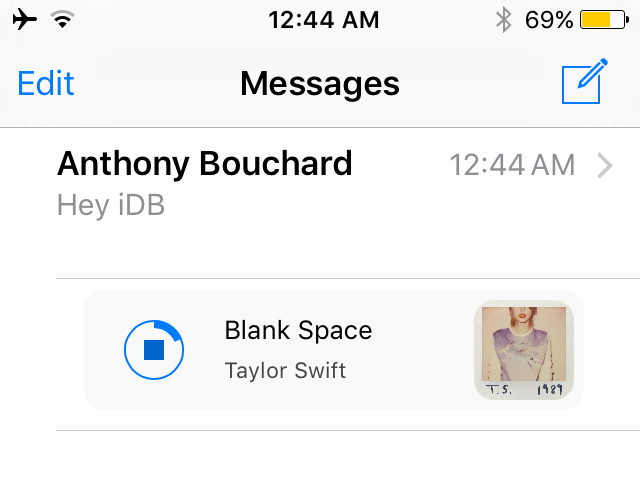 Music lovers, whether you’re using Apple’s stock music app or a third-party music app like Spotify or Pandora, you are probably used to either opening Control Center or the app you’re listening from to control your music.

If so, you can benefit from a new free jailbreak tweak called TinyPlayer Lite, which makes controlling your music a little easier.

A blast from the past, this tweak gives your iOS device a floating music control that can be accessed system-wide throughout all of iOS, similarly to Miniplayer, which currently does not support iOS 9.

So system-wide, what does that mean? Basically, you can use it anywhere, from the Lock Screen, to the Home Screen, or even within apps. Just, anywhere in iOS.

Unlike Miniplayer however, TinyPlayer is much smaller and is short, sweet, and to the point. It provides gestures for controlling your music, such as:

So as you can see already, the player is tiny, but it includes a lot of features in that tiny little interface.

Just to touch on a couple of the more interesting aspects we listed above, the transition between light and dark mode is going to be useful depending on the type of interface you’re using TinyPlayer in. For apps where the background is lighter, you may prefer dark mode, and vice-versa. An example of both below:

As far as visual controls are concerned, this is basically a set of buttons for pausing, playing, moving forward, or moving backward through your songs. Here, you’ll also see the sharing buttons for Twitter and Facebook when you swipe to the left:

After you install the tweak, you’ll need to head over to the Settings to configure the tweak.

As you could imagine, it can sometimes be annoying to have this little interface hovering over everything you do on your iPhone all the time, so it conveniently comes with an Activator action you can configure to hide or show the player on demand. 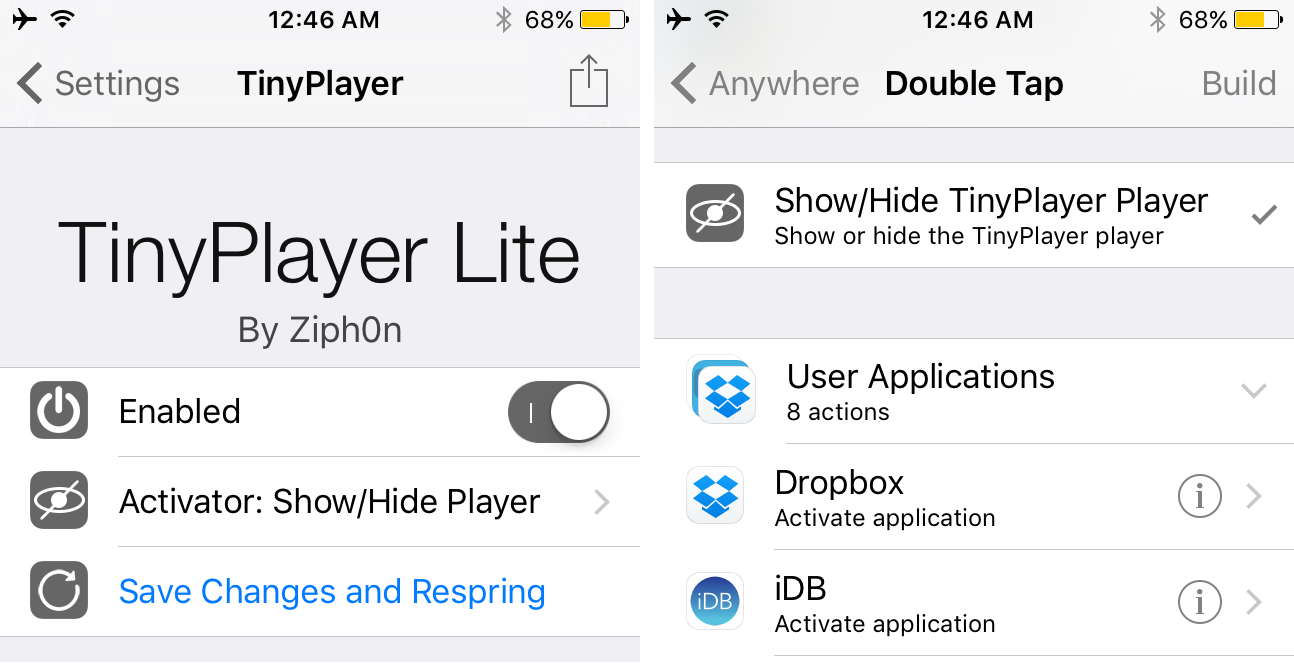 We’ve set it to double-tapping on the Status Bar, but you can choose anything. You can also toggle the tweak on or off entirely from this preferences pane.

TinyPlayer Lite is a really convenient way to control your music if you’re in a musical mood and don’t want to keep opening and closing Control Center all the time, and includes the ability to share what you’re listening to with your friends.

If you are interested in trying the tweak out, you can download it free of cost from Cydia’s BigBoss repository on your jailbroken iOS 8 or 9 device (yes both are supported). Also, keep your eyes peeled, as the developer is also working on a pro version that will bring a fully-themable interface and other new features to the tweak.

What are your thoughts on TinyPlayer Lite? Share in the comments below.