Every computer, yes even Macs (there, I said it) can slow down over time if you’re not maintaining it properly or if the computer suffers hardware or software issues.

In this post, we’ll walk you through some of the things you can do to troubleshoot why your Mac might be slowing down, and some possible fixes. Hopefully after reading, you’ll have a snappy Mac again in no time!

My Mac slowed down, why?

Over time, using your Mac like any normal human being would can slow it down. There are a myriad of things that can cause your Mac to get slow over time, and we’ll try to outline as many of those reasons that come to mind as we can below.

Are apps using too much memory?

A lot of Macs come standard nowadays with 8GB or more of installed memory (RAM). There was once a time when 4GB of memory would suffice, but as apps continue to get larger and their abilities continue to expand, their system resource demands continue to escalate as well.

If you’re running a lot of memory intensive apps at one time, then that means your Mac is trying to juggle too many memory tasks at once. This will slow down your machine.

Sometimes, apps will crash if they’re unable to read data from the memory, but more often, memory data is stored temporarily in your storage when the memory gets too full, and because storage has a slower read/write speed than your memory does, it takes your Mac a little longer to access that data, hence the speed drop.

Solution: To solve this problem, you’ll either need to upgrade your RAM or find alternative lightweight software. To check how much RAM you have on your Mac, go to the Menu Bar and click on  (Apple) > About this Mac and the window that opens will show you how much your system has. 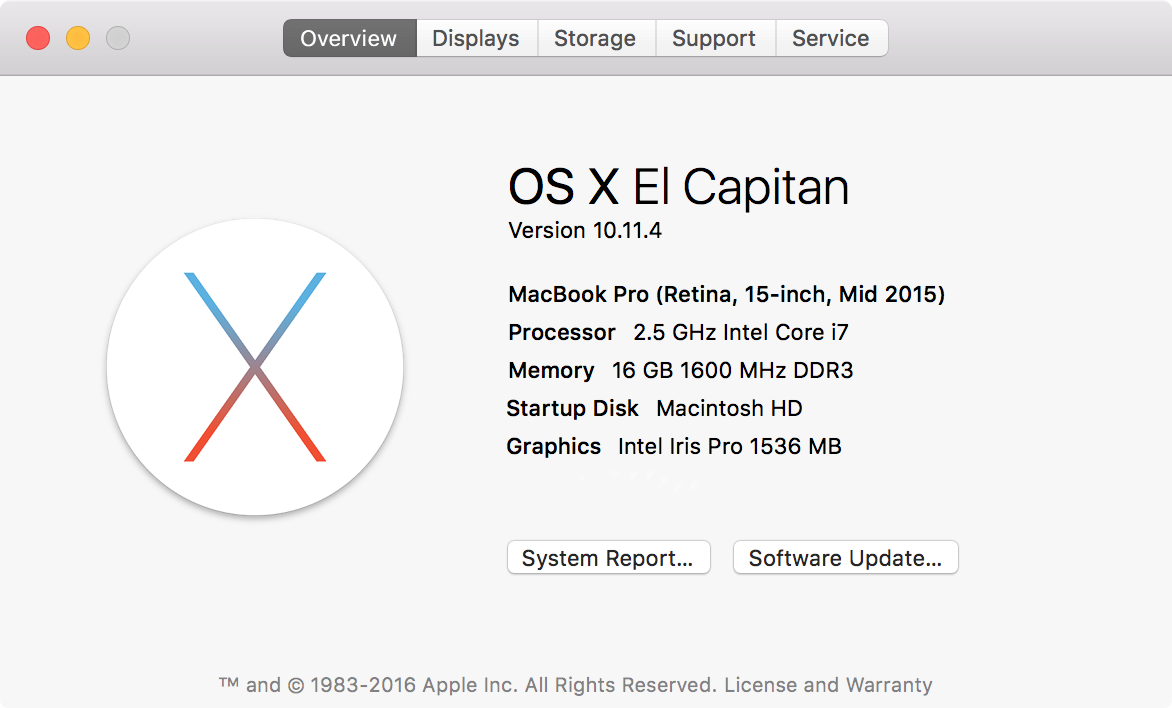 Some Macs have upgradeable RAM, but as we move to a much more mobile age, customization in Apple’s Mac lineup continues to dwindle as RAM becomes soldered into the logic board. For those with upgradeable RAM, check out Crucial for RAM upgrades. They’ll make sure to hook you up with the right stuff for your Mac.

Your other option, if RAM is soldered into your machine, is to fight lightweight software alternatives. For example, try using Pixelmator instead of Photoshop, or iMovie instead of Premier Pro. Software with less of a demand on system resources will give your Mac more room to breathe, and therefore give it more speed.

Are all your apps made for your Mac?

In some cases, apps that have not been optimized for your Mac’s hardware or operating system version can be the cause of speed issues. For example, when Apple first launched OS X El Capitan, many apps were only optimized to run on OS X Yosemite or earlier, and didn’t run as efficiently as they could have.

Other times, software may require hardware that your Mac just doesn’t have; whether that’s more RAM, a stronger graphics card, or a faster processor. In Macs, CPU and GPU are seldom upgradeable, however, in some cases, the RAM can be.

If your Mac is so old that it’s still utilizing one of those PowerPC processors, you might be experiencing issues because many apps require newer Intel processors to work right.

Other times, a slow GPU can be to blame; graphics might stick or lag horrendously if you have only the Intel integrated graphics, but not if you have a dedicated graphics card like the AMD Radeon cards in Apple’s higher-end MacBook Pro models.

You can see how much RAM, what CPU, and what GPU your Mac has from the  (Apple) > About This Mac menu from the Menu Bar. 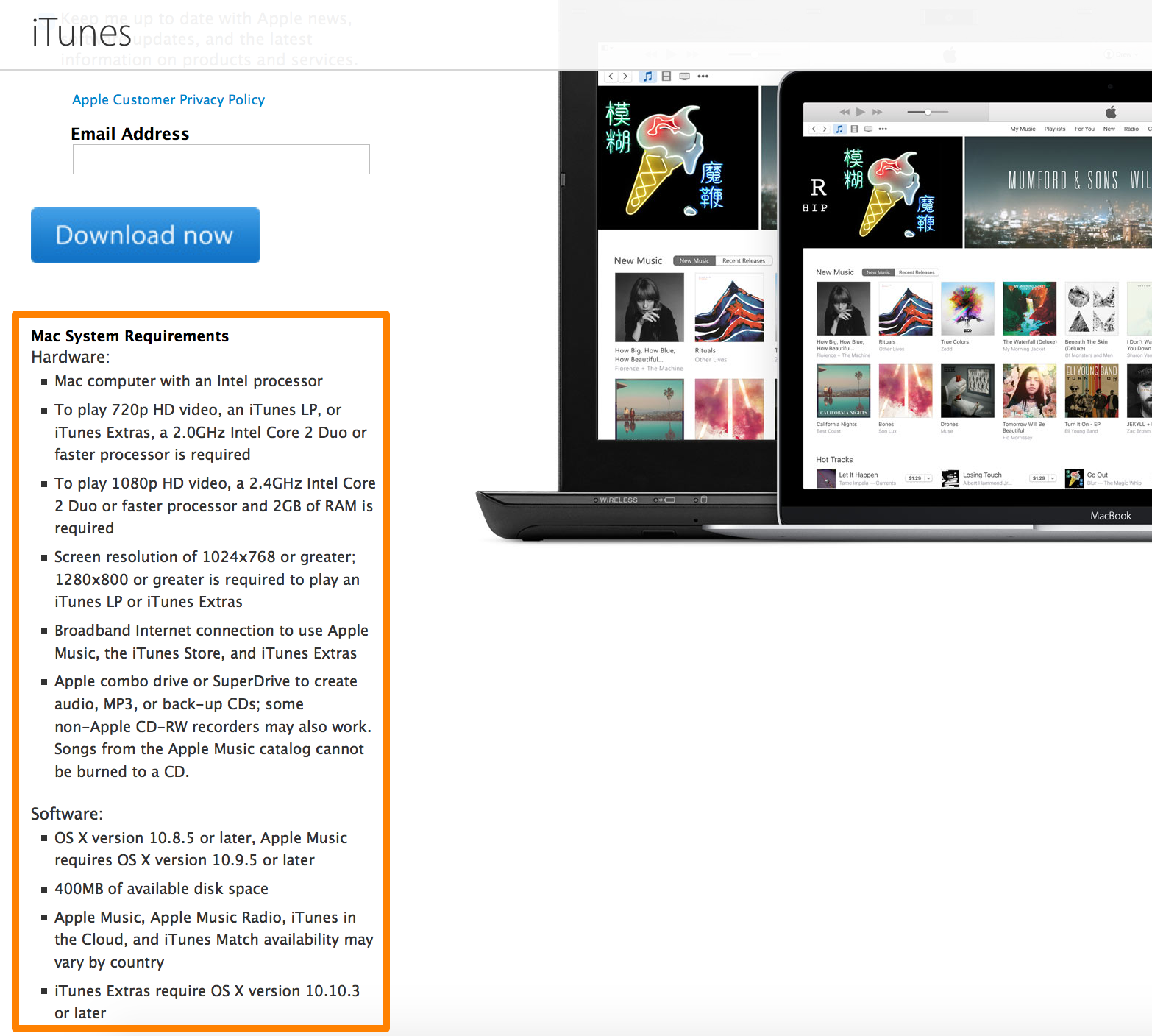 If your Mac doesn’t meet those requirements, the installer typically won’t even let you follow through with installing the app, but sometimes it doesn’t perform that check and installs anyway. If that’s the case, then the app is going to be looking for certain hardware and won’t find it, so it’ll improvise to perform the best it can, which isn’t always a good thing.

If your Mac doesn’t have the hardware requirements, then that could very well be the reason you’re seeing slowed Mac performance. You will have to either upgrade the hardware if possible, get a newer Mac, or consider using alternative software.

Got enough free space on your startup disk?

Your startup disk may be a culprit of your slow Mac woes. As files build up, including cache files, personal files, apps, and games, your Mac has less and less storage space to write to. Instead, it’ll have to use time replacing temporary files with new ones, over and over again.

As you can imagine, constantly having to over-write your cache files means you have no cache to load from, and this means apps will always have to load in their entirety on their own, which leads to slower performance. Conversely, when you have a cache to load from, app and website data is already stored and it’s much faster to open and use apps or websites.

Solution: If you suspect your startup disk is getting full, you can verify the amount of free space you have by going to  (Apple) > About This Mac > Storage and looking at the available free space on the drive you boot up from.

If you have more than 20GB of free space, then you’re probably good for a while. Anything more than that, and you might want to consider a storage upgrade or an external storage option. For Macs up to 2013, I recommend checking out Crucial for some affordable higher-storage SSD options. Any newer Macs might want to check out the new OWC Aura.

You can also take steps to remove junk files from your Mac. Empty the trash when you have a lot of stuff in it, remove unwanted cache files, and uninstall unwanted apps to make more space for yourself. Your computer will thank you!

Is your disk experiencing issues?

In some cases, the problem may not be related to the storage on your main drive, but perhaps it has something to do with the health of the drive. Sometimes things can get scattered throughout the drive, causing longer waiting times for the computer to access and interpret information.

Solution: macOS comes with a handy utility called Disk Utility, and despite the fact that Apple dumbed it down a bit in OS X El Capitan, it still has the useful First Aid option that allows you to troubleshoot errors and problems with any disk on your machine.

To use it, launch the Disk Utility app on your Mac and click on the First Aid button at the top, and you can Run the First Aid tool on your disk to fix problems with the disk. 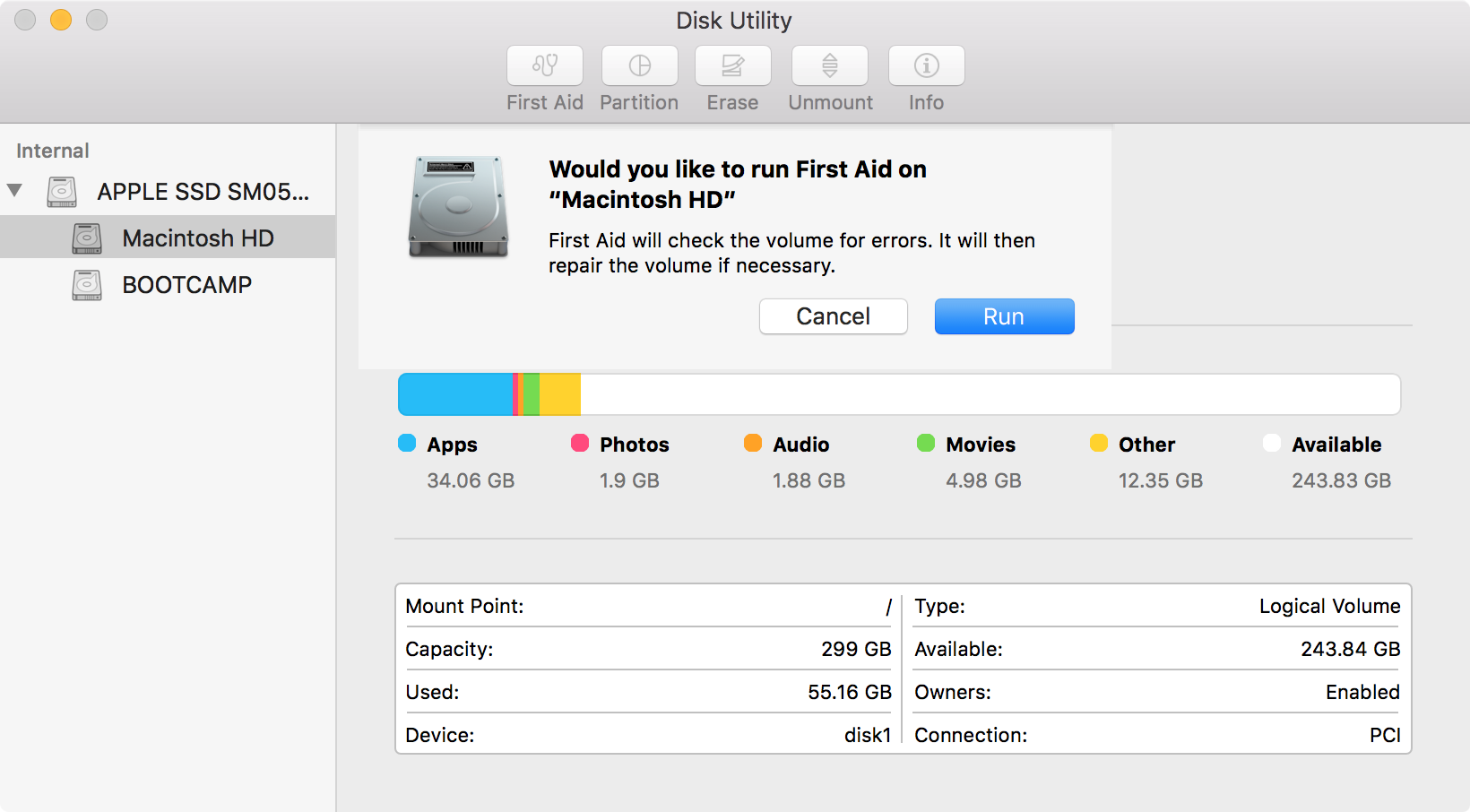 Give it a while while it does its thing, then restart your Mac and hope for the best!

Other smaller things to try

In addition to the bigger problems above, there are some smaller things you can look into to find out why your Mac is running slower. We’ll quickly outline those for you below:

A slowed-down Mac is never any fun, and often keeps you from having fun because it’s too slow to have fun on. On the other hand, there are steps you can take to speed it up again and hopefully at least one of the above steps has helped to speed up your Mac just a little bit.

If you found the contents of this piece helpful, let us know in the comments below!