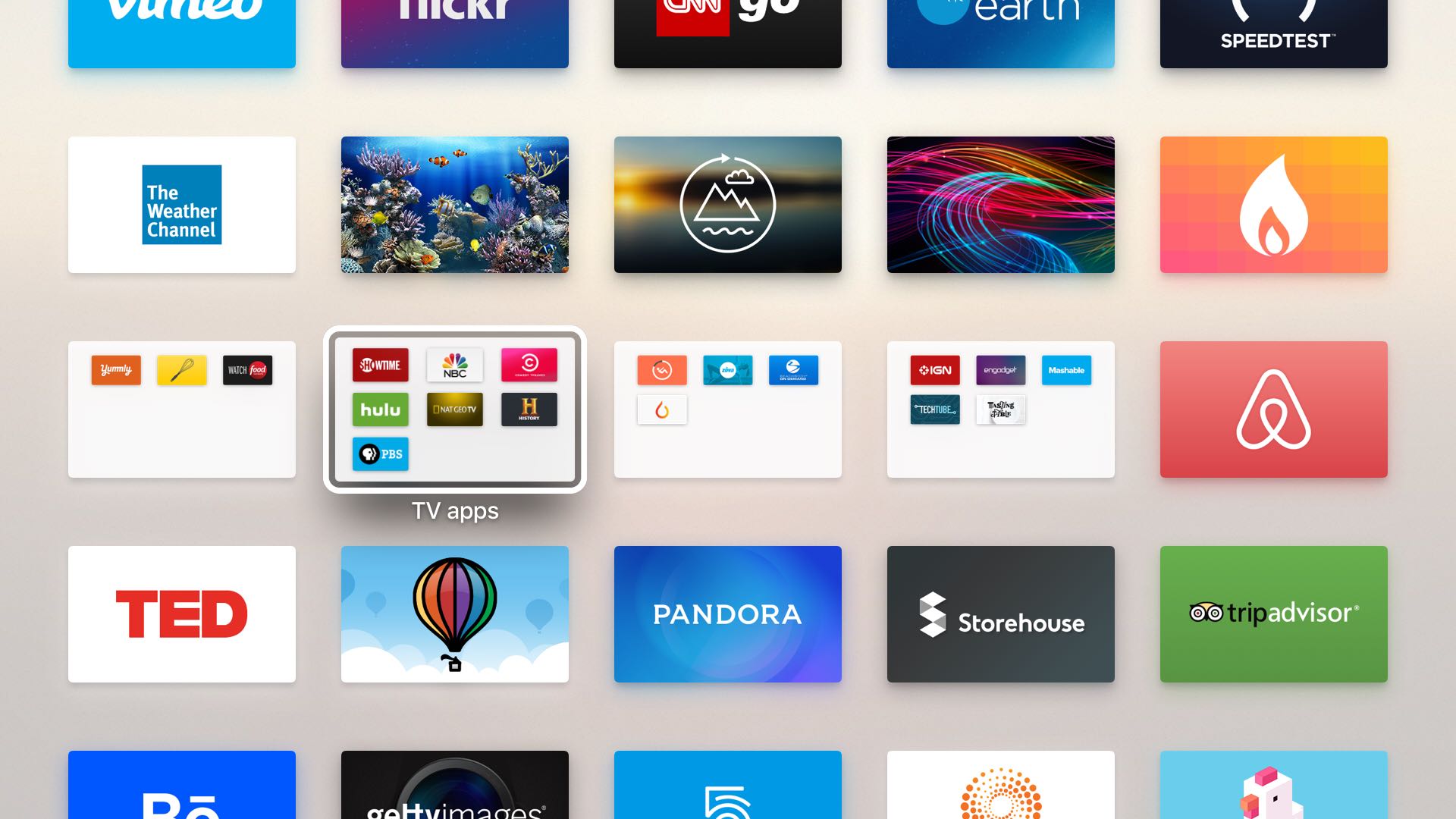 As of tvOS 9.2, owners of the fourth-generation Apple TV can now create folders of apps, just like they would on an iPhone, iPod touch or iPad.

This feature is indispensable to people whose Apple TV Home screen is littered with dozens of app icons.

Like on iOS, you first enter the jiggle mode and then create a folder for apps by dropping one icon on top of another. As a cool bonus, tvOS provides shortcuts that significantly speed up folder creation and other related tasks, such as putting apps into or moving them from folders and more.

In this tutorial, you’ll learn the basic techniques for decluttering your Apple TV Home screen by filing apps into folders. And, yes, we’ll also tell you about the aforesaid time-saving shortcuts.

How to create app folders on Apple TV

1) To create a folder for apps, highlight an app on the Home screen and then click and hold the Siri Remote’s Touch surface until the icon starts to jiggle.

2) Now drag the app over another app until a folder appears. Precision is key here so move your finger slowly across the Touch surface when dragging an app. 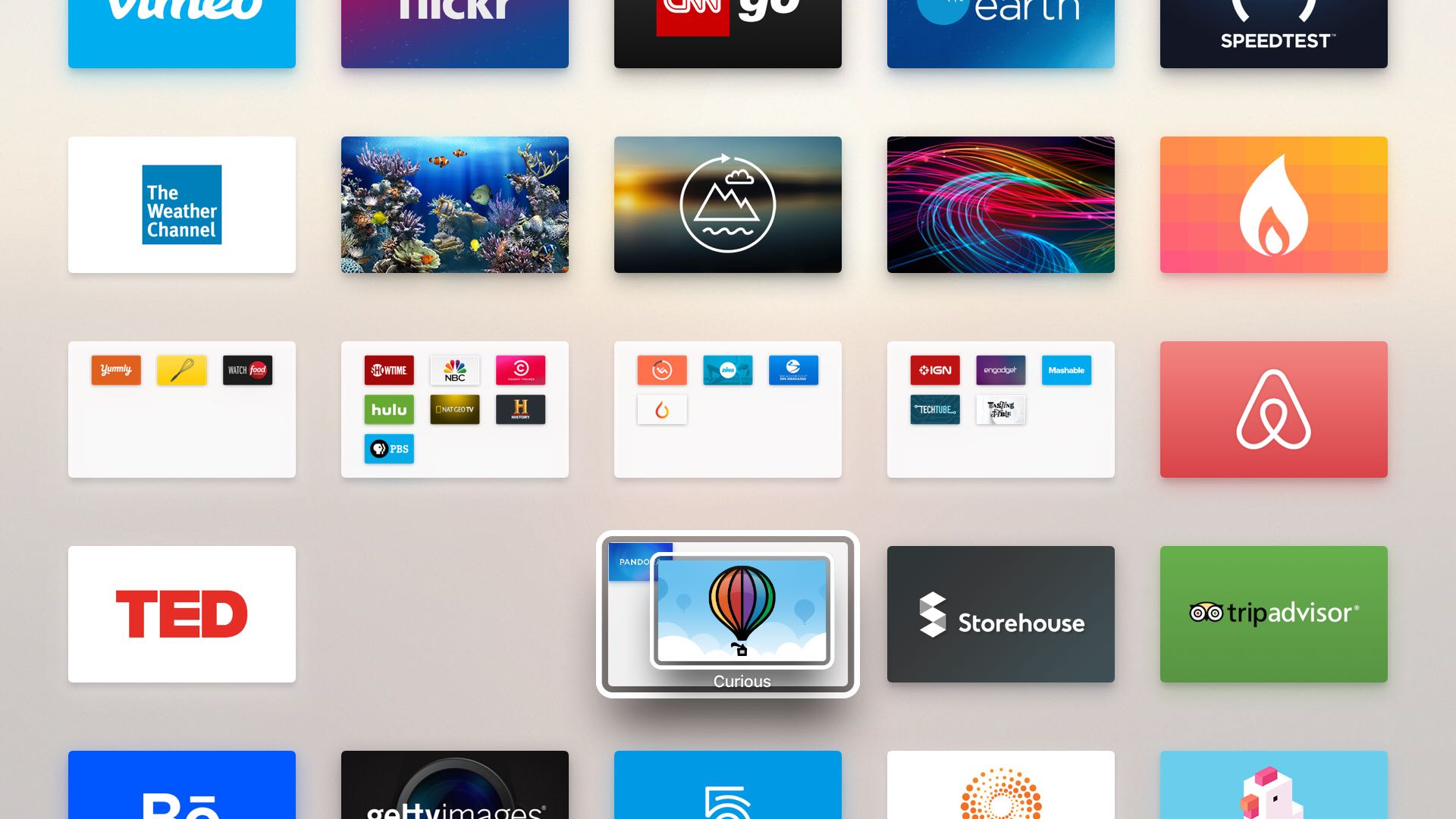 3) Click the Touch surface again to save the new arrangement.

Like on iOS, your Apple TV will does its best to choose a name for the folder, based on its contents and App Store categories. Note that folders cannot be nested. You can move folders around on the Home screen just as you would any other app icon.

Tip: Here’s a much quicker method: enter the jiggle mode, click the Play/Pause button on the Siri Remote and then choose the New Folder option from the pop-up menu. 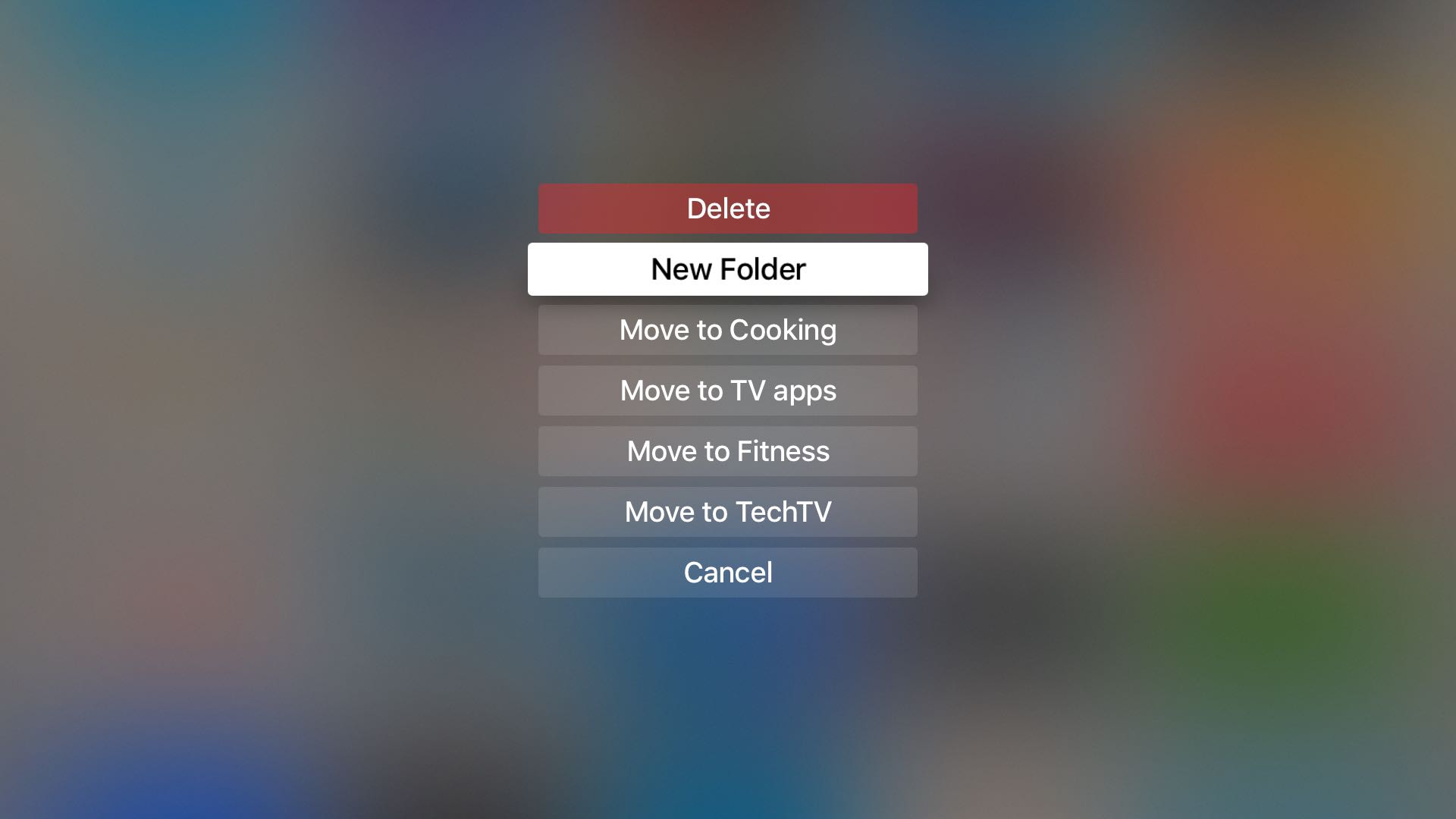 This will automatically create a folder with the selected app.

How to rename a folder on Apple TV

1) Start by opening the folder you wish to name or rename.

2) Using the Touch surface on your Siri Remote, swipe up to the name. The onscreen keyboard pops up, allowing you to type the new name for your folder. 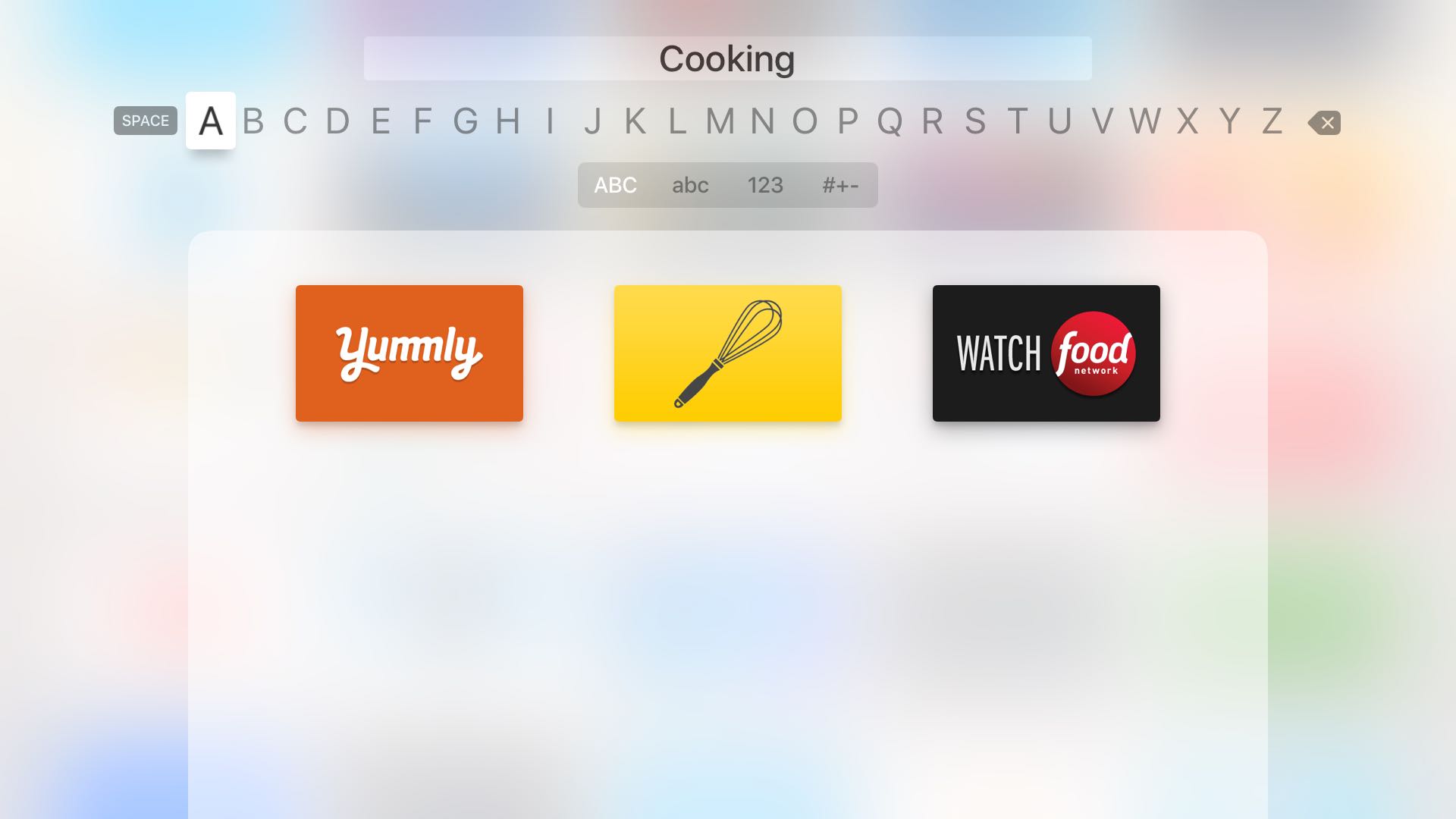 Tip: Instead of typing, use the Dictation feature to dictate folder name: highlight the text field, then click and hold the Siri button on the remote to start dictating.

How to move an app into a folder on Apple TV

1) Use the Touch surface on the Siri Remote to highlight an app that you wish to move inside an existing folder.

2) Click and hold the Touch surface until the app icon starts to jiggle.

3) Drag the app over a folder and release the finger.

4) Click the Touch surface again to save the new arrangement. 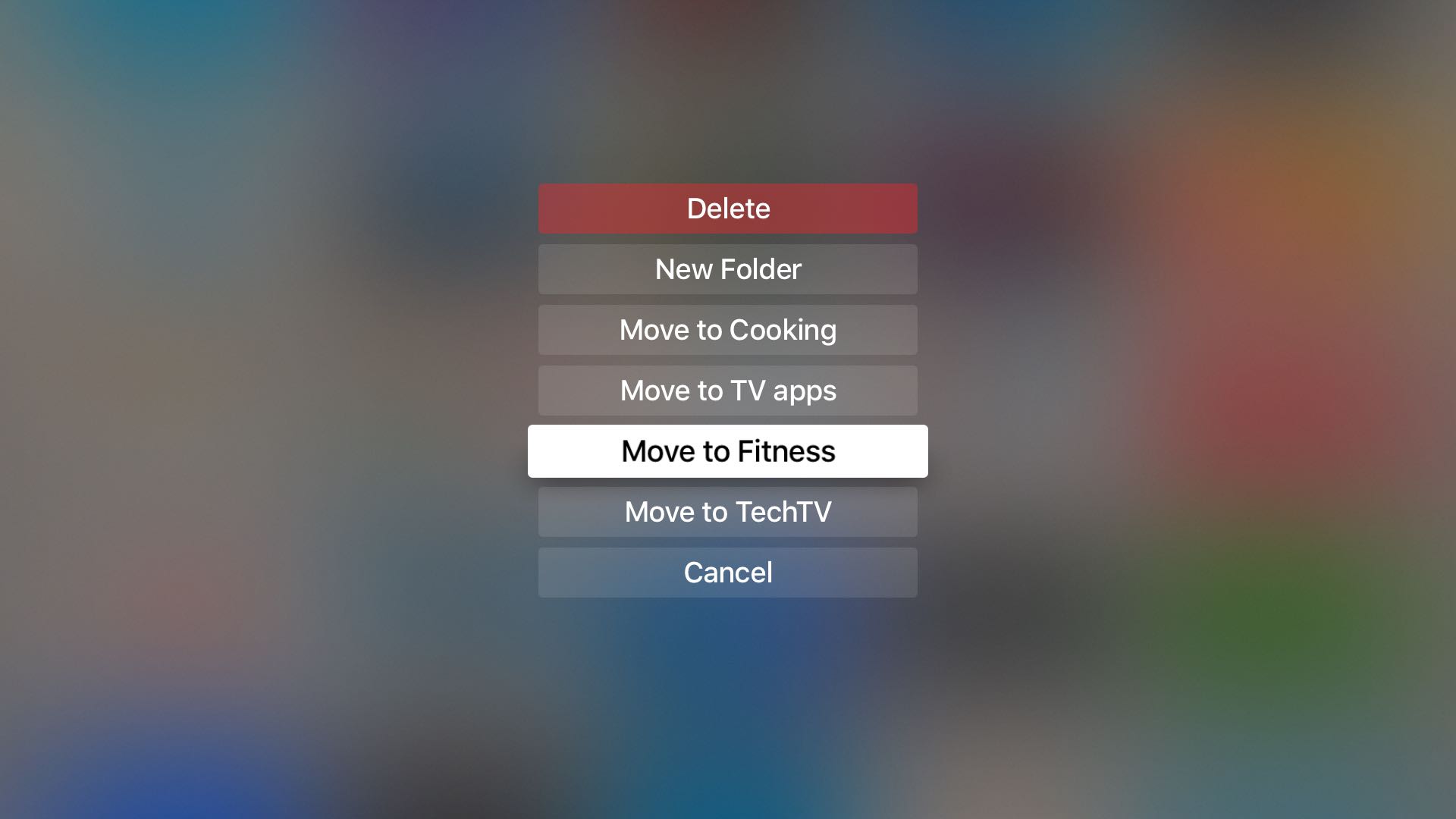 Tip: You can also enter the jiggle mode and then click the Siri Remote’s Play/Pause button to bring up the contextual menu allowing you to move the selected app quickly into any existing folder, as shown on the screenshot above.

How to remove an app from a folder on Apple TV

1) Use the Touch surface on the Siri Remote to highlight a folder containing an app you wish to move out of the folder back to the Home screen.

2) Click the Touch surface to open the selected folder.

3) Click and hold the Touch surface until the app icon starts to jiggle. Then, move the icon outside folder boundaries until it drops right into the Home screen. 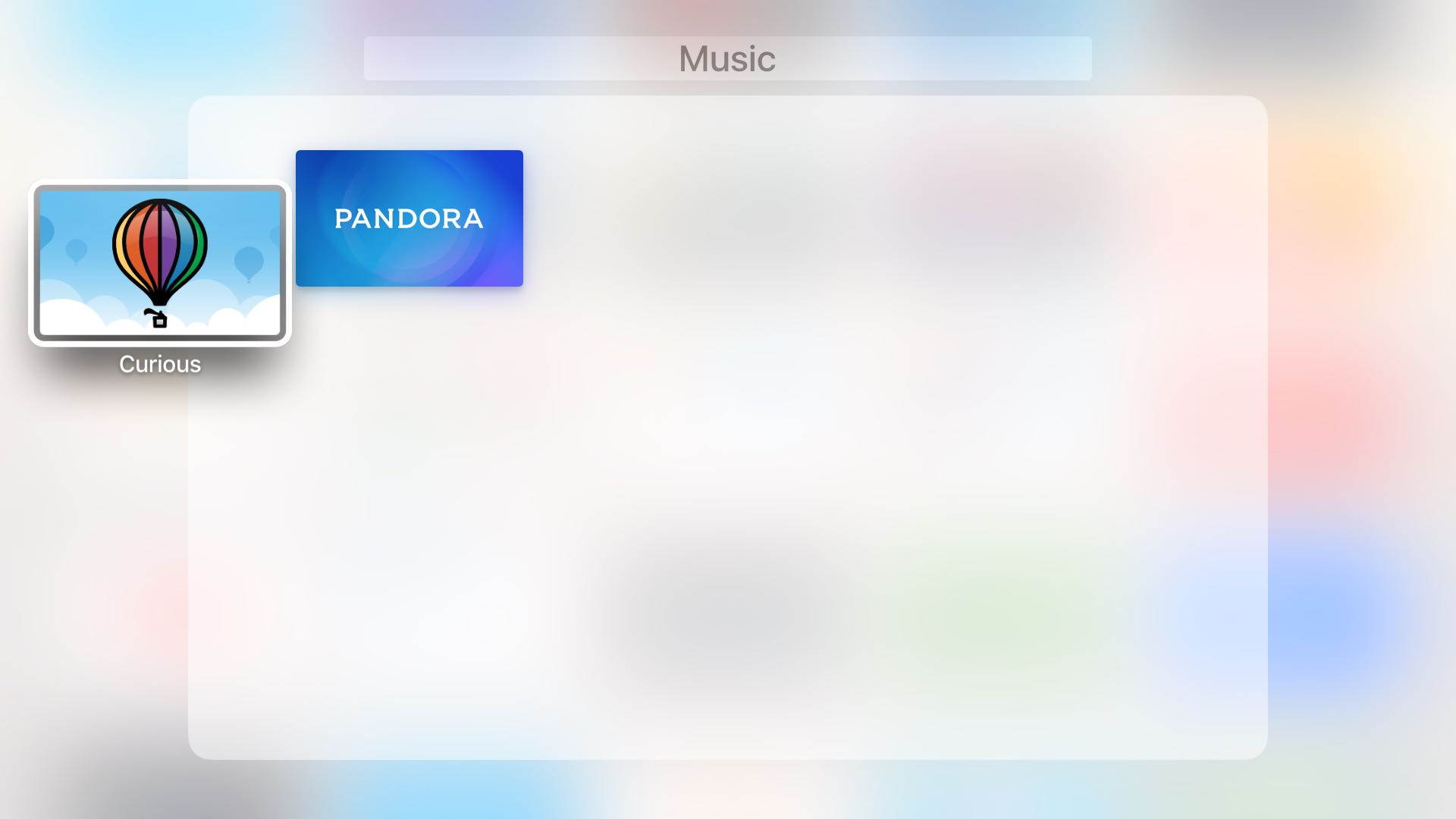 4) Click the Touch surface again to save your new arrangement.

Tip: Or, you can open the folder, enter the wiggle mode, click the Play/Pause button on the Siri Remote and choose Move to Home Screen in the pop-up menu. 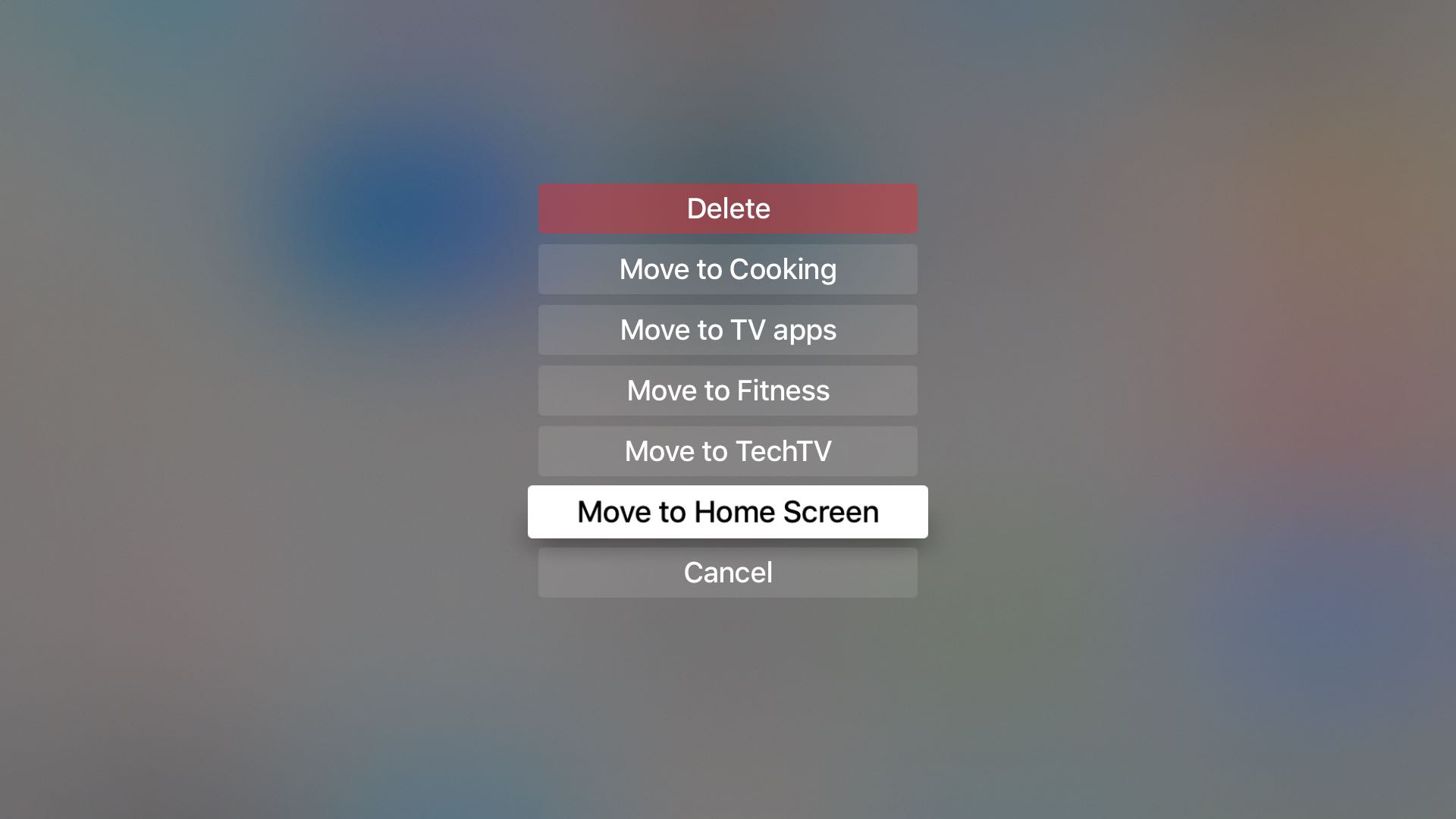 For more tutorials like this one, browse our complete how-to archive.

Not sure how to do certain things on your Apple device?

Let us know at help@iDownloadBlog.com and our future tutorials might cover your specific problem and hopefully provide a solution.