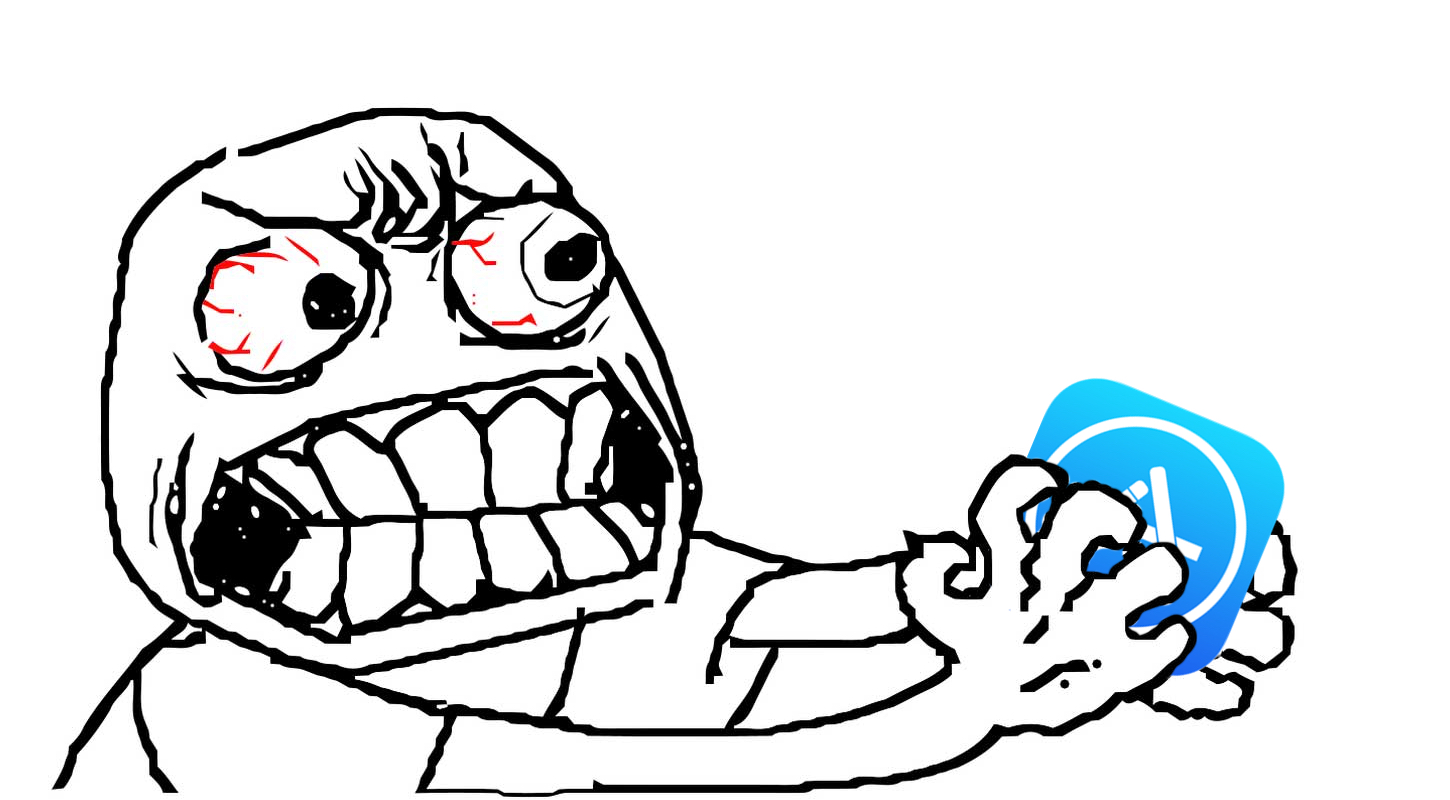 Have you ever downloaded an app from the App Store only to find that it wouldn’t launch, crashed, or didn’t work every time you opened it?

It can be annoying when you can’t open your apps, especially when you may have just paid good money to purchase it from the App Store, so in this piece, we’ll go over a few troubleshooting steps you can take to try and get the app to work correctly.

If you’re having trouble launching and using an app that you just downloaded from the App Store, don’t be so quick to blame the developer and suggest that the app is garbage. Although it very well could be, don’t get me wrong, you should never count out the idea that something else could be the culprit.

Possible issues you may encounter with an app include:

What causes these problems? – There are a number of reasons, but everyone’s device is different because we all use different software and we all configure our devices differently from one another. Some reasons an app may not work include:

If you suspect any of the above reasons, follow the steps below to troubleshoot why an App Store app may not be working as you expect it to.

Steps you can take to resolve a problem with an app

Although an app may not be working at this point in time, there are sometimes ways you can resolve the problem yourself. Other times, you may need to contact support. Here are some troubleshooting tips to get your app to work right on your iOS device(s):

Close the app and re-launch it 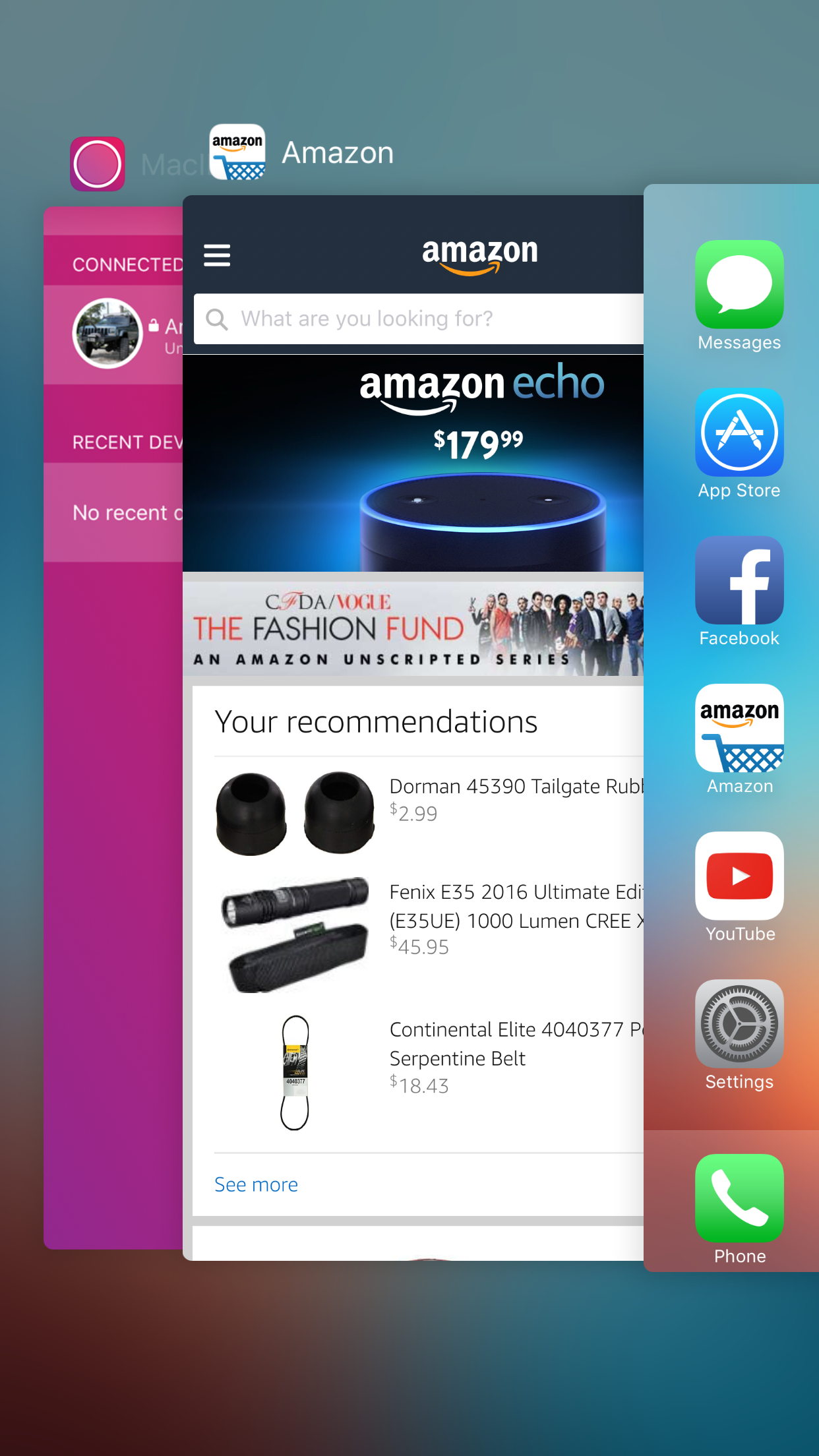 Sometimes an app simply doesn’t initiate correctly because of low memory or a software conflict. Conflicts are far more common on jailbroken devices, but on rare occasion, they can happen on non-jailbroken devices too.

If that didn’t work, the problem could be with iOS itself. To fix this, you can try a reboot of your device so that iOS can fully reinitialize. To do this, you can press and hold the power button until you see the slide to power off slider, then then slide it to shut the device off. Afterwards, press the power button down until you see an Apple Logo.

Once started back up, enter your passcode (if you set one) and see if the app works now.

Make sure iOS is up to date or compatible 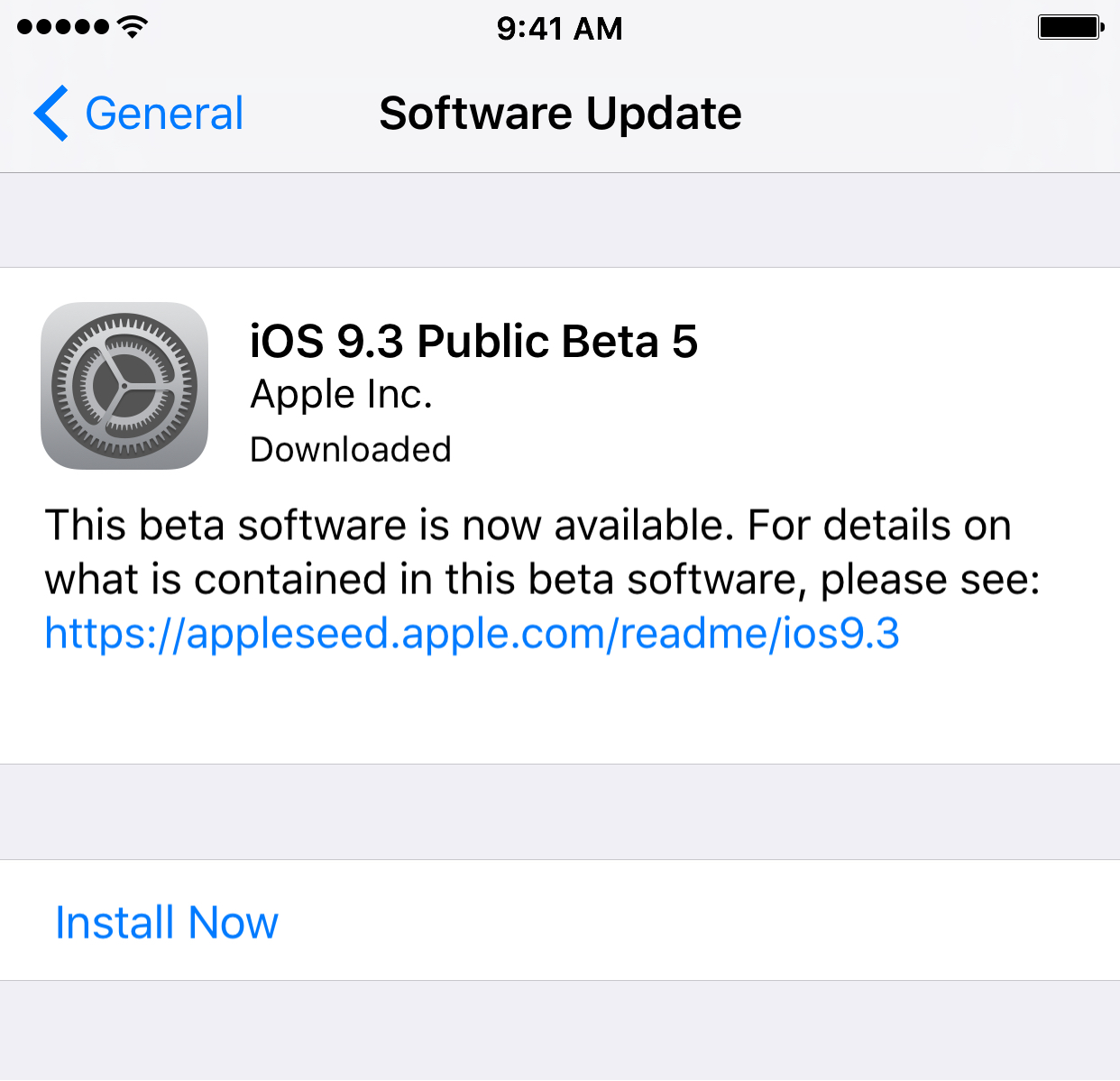 Some apps require a specific version of iOS. If you downloaded an app and it’s not working as expected, make sure that iOS is up to date. Typically, apps that require a software version newer than what you have will not be allowed to install via App Store restrictions, but in rare instances, certain features of an app may be disabled on some firmware versions.

Moreover, if you download a major software update when Apple launches it after a special event, sometimes apps may take a while to receive an update to support the new firmware. This can cause instability such as crashing, or even impact app usability.

To make sure you’re on the latest version of iOS, you can open your Settings app and navigate to General > Software Update. Any updates you may have waiting for you will appear here.

Make sure the app itself is up to date 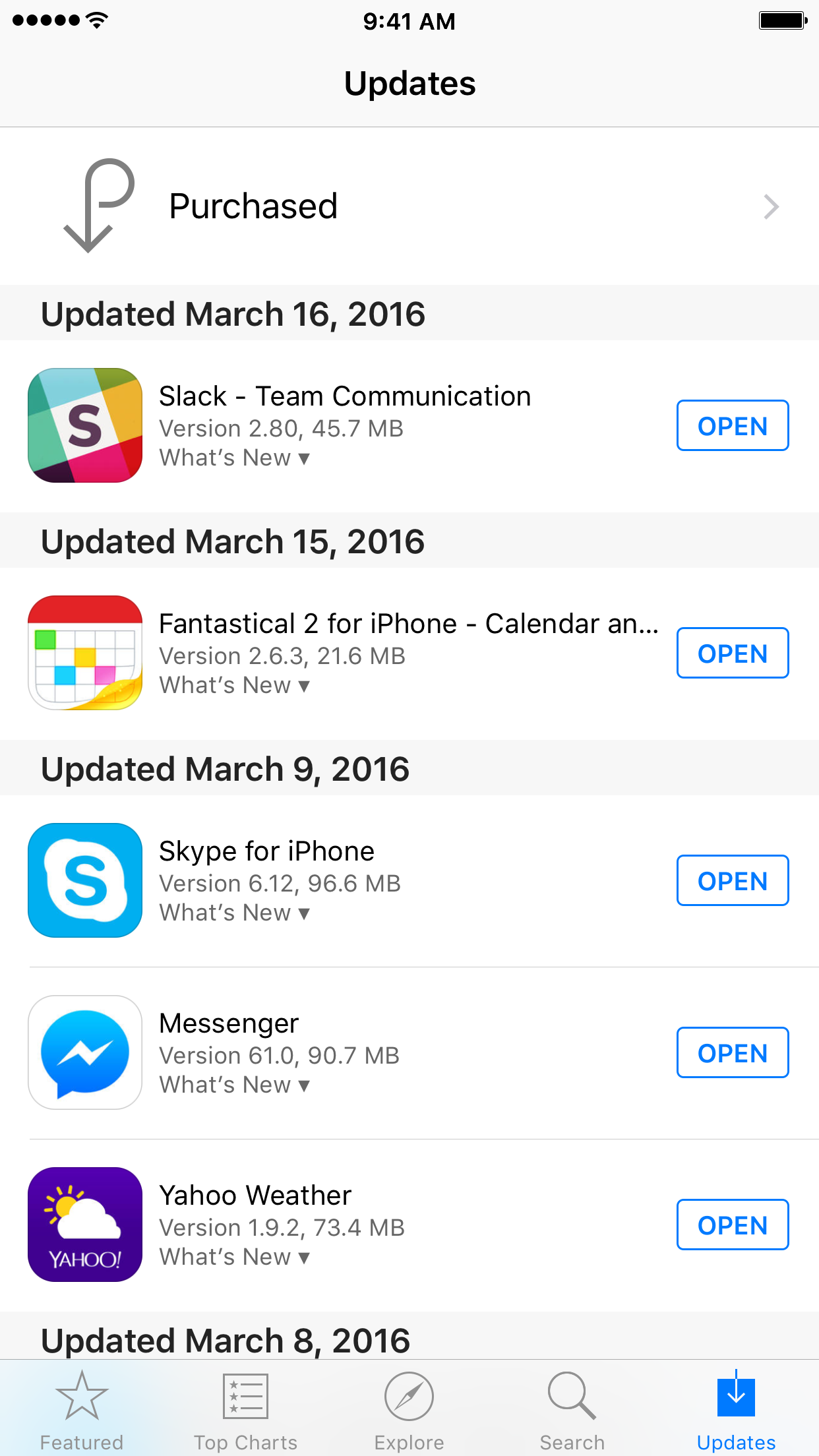 If an app you downloaded from the App Store suddenly stops working on your device, app developers are often aware of it and working on a fix. You can check for an update by launching the App Store, tapping your profile, and going to Available Updates.

Conversely, you may want to enable Automatic Updates on your device so that app updates are installed automatically on your device. You can do this by opening the Settings app and going to iTunes & App Store > App Updates and turning the switch to the On position.

Now keep in mind, some app updates may actually be counter productive and break apps, so you should always be wary of some updates. If an app is working properly before an update, consider waiting a few days and then checking the App Store reviews to see if it’s a good update.

Some apps require a network connection to function properly, such as social networking, communication, and content-fetching apps. If you have a poor cellular network connection, or aren’t connected to a Wi-Fi network, this will impact the app’s ability to fetch new data and will result in an error message.

In some cases, being on unsupported networks may even crash an app. I’ve been in a scenario where trying to connect to a public AT&T Wi-Fi network would crash my Shopkick app on my iPhone repeatedly until I switched to my LTE connection. The point is, some Wi-Fi networks, despite being connected, have a log-in portal that you have to complete to gain network access, and the app might get confused and rage quit.

Try downloading another app from the App Store

If you’re having trouble with an app you downloaded from the App Store, try downloading another free app to see if the same problem occurs. If it doesn’t, then the problem may be related to the app itself, and not your device. This would at least suggest the problem isn’t on your end.

Delete and re-install the app 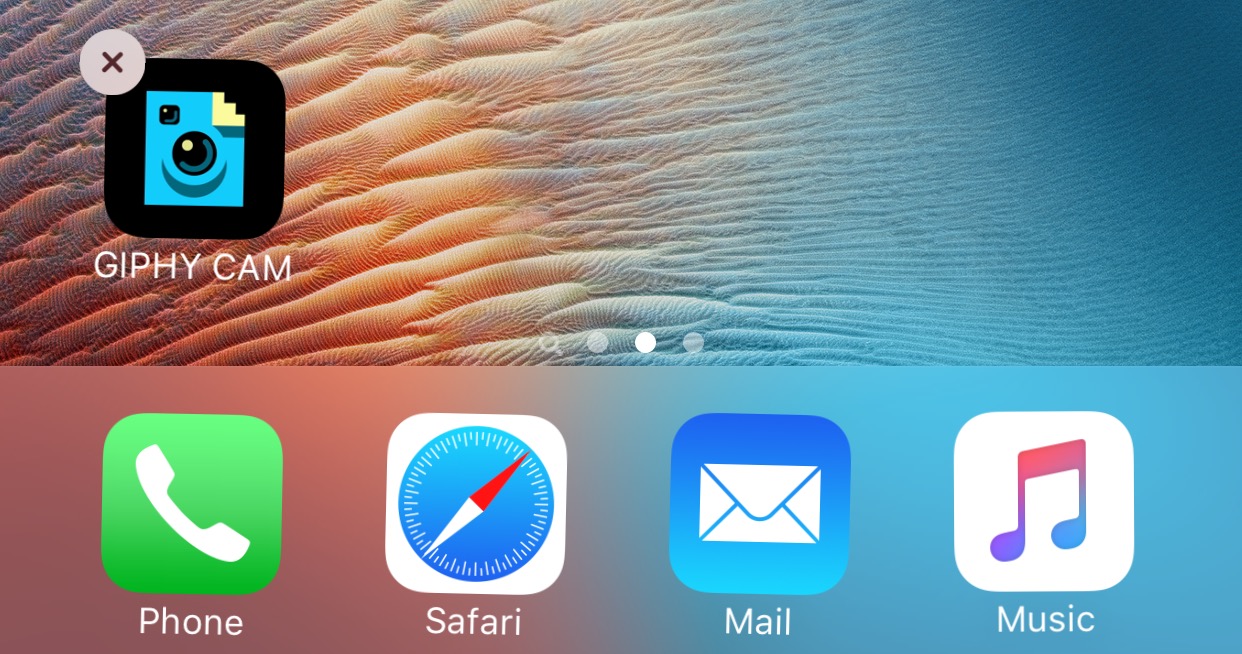 Sometimes the reason you may be experiencing issues could be because the download was corrupted and you have an incomplete app installation.

You can try to delete the app and re-install it by tapping and holding on the app icon and then tapping the “X” button to delete the app. Then, just launch the App Store and search for the app again so you can download it once again. This will install a fresh copy of the app on your device, hopefully without any glitches this time!

There are few other things you can do if you still had problems using the app. Personally, I wouldn’t recommend wasting your time on a system restore to get a single App Store app to work properly, so the next best thing you can do is contact the app developer through the App Store’s support link.

Here, you’ll be able to explain your issues, and hopefully they’ll be able to pinpoint the issues and fix it in a later app update. It may mean you have to wait a while longer, but at least you get the chance of a working app at some point!

Last resort: ask for a refund

In some cases, the problem can’t be fixed, and the developer may not reply back or fix the problem in prompt time. In these cases, the best thing to do is to simply ask Apple for a refund on the app if you paid money for it. We have a great tutorial on how to request a refund for a broken app and Apple generally approves most refund requests.

Although most apps should work out of the box as soon as they’re installed from the App Store, sometimes a quirk or a bug at a certain point in time cam cause a hiccup. Sometimes, it’s just a junk app. Hopefully the steps in this tutorial were enough to get your app up and running, but if they weren’t we wish you the best of luck in a future update fixing the problem!

Has an App Store app ever refused to work right on your iOS device(s) before? Share in the comments!