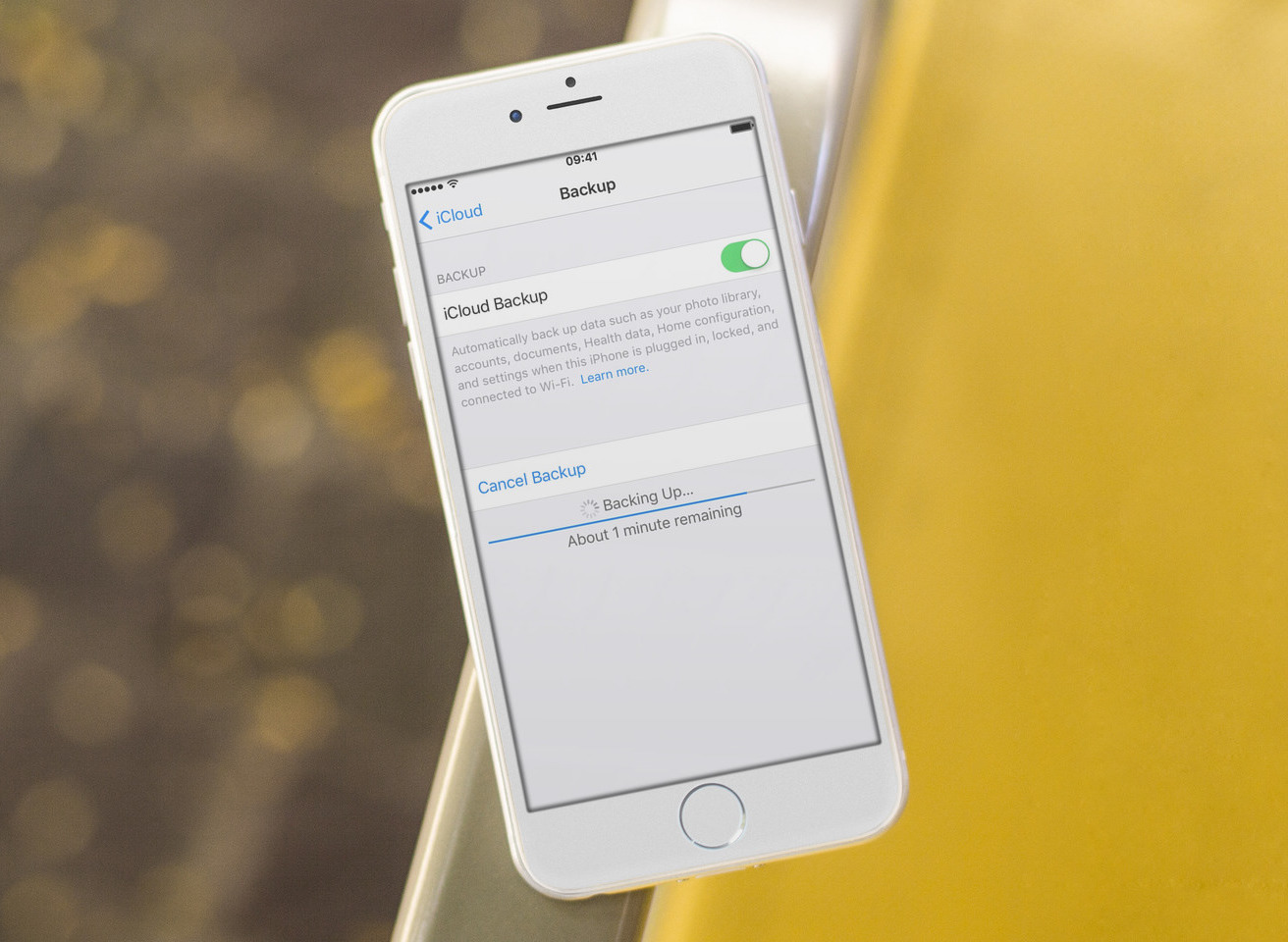 Yesterday I decided to look at when my new iPhone 6s backed up to iCloud for the last time when I realized that it hadn’t actually been backed up since September 25, which coincidentally was the first day I got this new device.

I imagined it was just a small hiccup in iCloud, and proceeded to manually initiate an iCloud backup by tapping on “Back Up Now” in Settings > iCloud > Backup. At first, it appeared to work fine as it would show the “Backing Up…” status with the usual “Estimating Time Remaining” message. But after a few seconds, the backup would stop and it would show the following error message: “the last backup could not be completed.”

No matter what I’d do, it kept telling me my iPhone backup couldn’t be completed. The problem appeared to be a little more complex than a simple reboot, but I eventually figured it out.

In this post, I will highlight some of the steps you can take if you are seeing a similar error. Although I cannot guarantee it, I’m pretty confident these steps could actually fix most problems related to iCloud.

How to fix error “the last backup could not be completed”

I will spare you the typical suggestions that require to reboot your device or check that you indeed have enough iCloud storage available for your device, because I assume you have already tried that. If you haven’t, you may want to start there. If you have, try the following.

Backup your device in iTunes

Better safe than sorry. Although this isn’t part of the potential fix, backing up your device on your computer via iTunes is something you should consider doing right away to make sure you do have a backup should something go completely wrong. Not required, but highly suggested. This is actually the first thing I did when I realized my iPhone hadn’t been backed up to iCloud in a week. 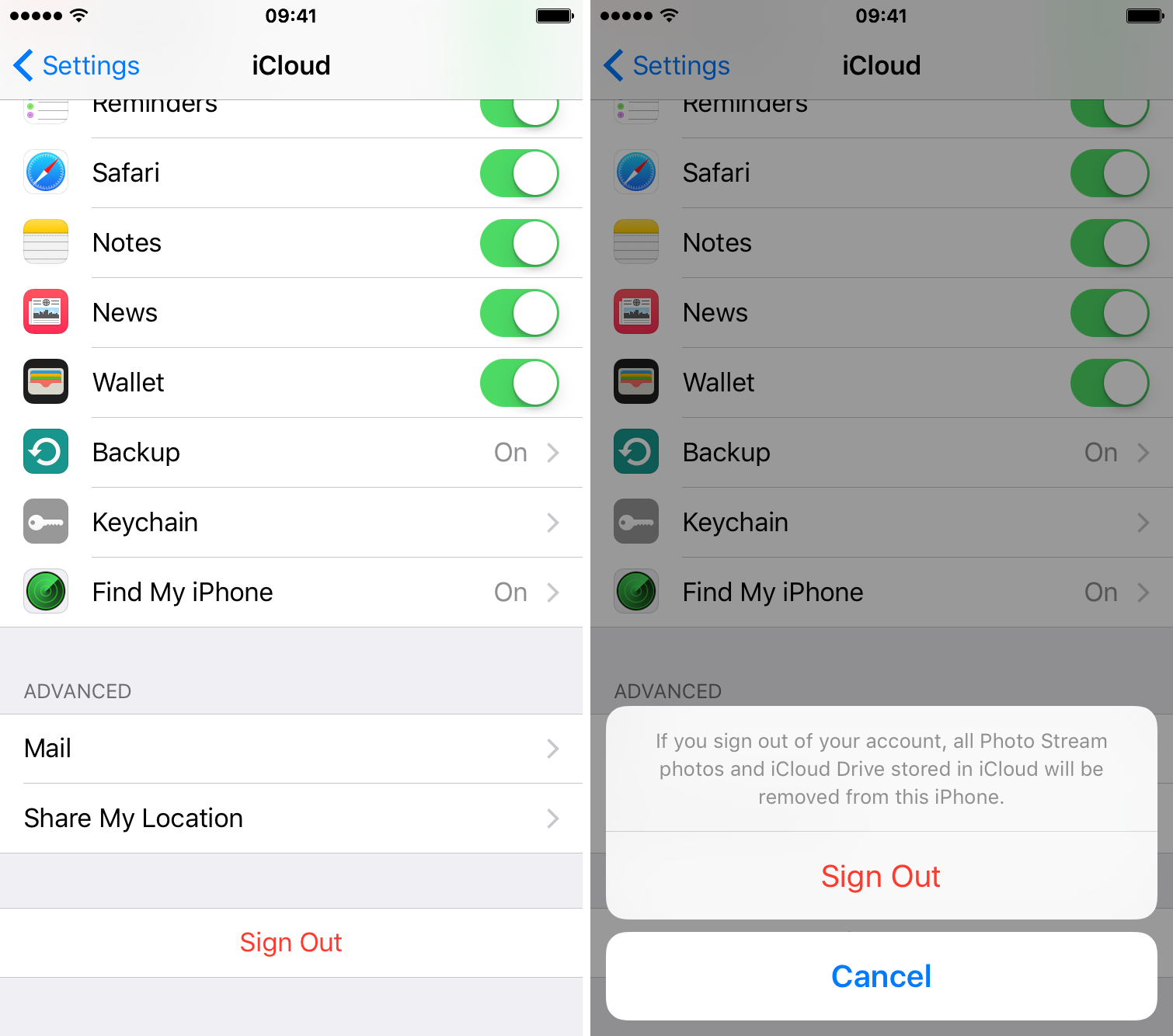 We’ll first assume that the problem is coming from iCloud, and not necessarily from your device, so logging out of iCloud and logging back in could do the trick.

Go to Settings > iCloud, and tap on Sign Out at the bottom. This is kind of a pain in the butt as it will delete all your credit cards on file with Apple Pay on both your iPhone and your Apple Watch if you have one.

I’m not sure what the technicalities between a logout/login are, but it’s been known to actually fix things, believe it or not. I’ll assume it might have to do with some caching on Apple’s servers, but don’t quote me on that.

Although I was pretty hopeful about this, logging out and logging back in didn’t fix anything for me, so I proceeded with the next step. 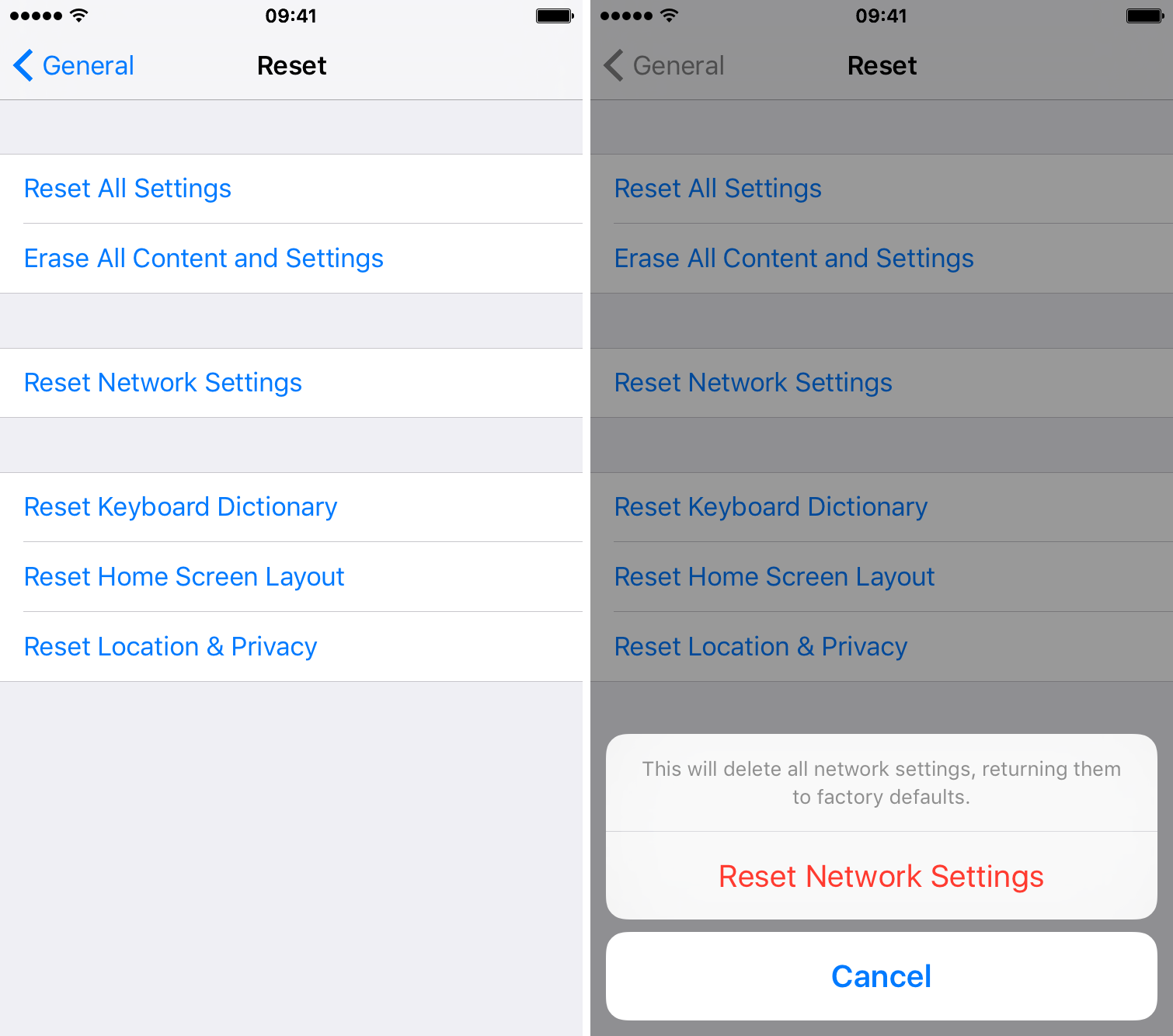 We previously assumed the problem was from iCloud, but what if it was from your device instead?

To make sure that’s not the case, go to Settings > General > Reset > Reset Network Settings, then enter your password and confirm you do want to reset these settings. This will wipe out all Wi-Fi networks previously saved on your device and start afresh. 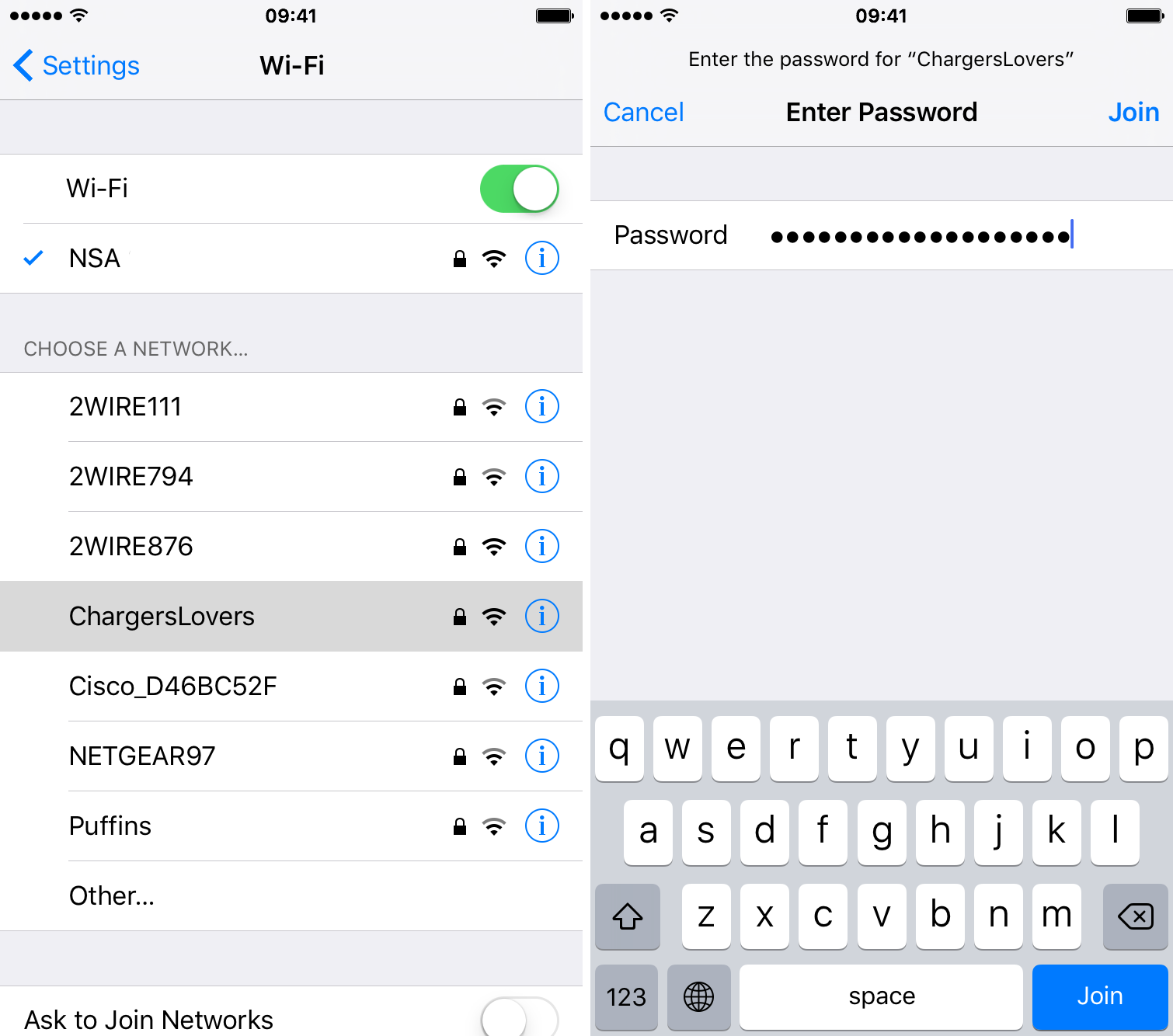 If resetting your network settings didn’t work, it might be worth trying to back up to iCloud on a different Wi-Fi network. Try connecting to your neighbor’s network (hello Scott!) or to a coffee shop to see if it makes a difference.

Delete the existing iCloud backup for your device 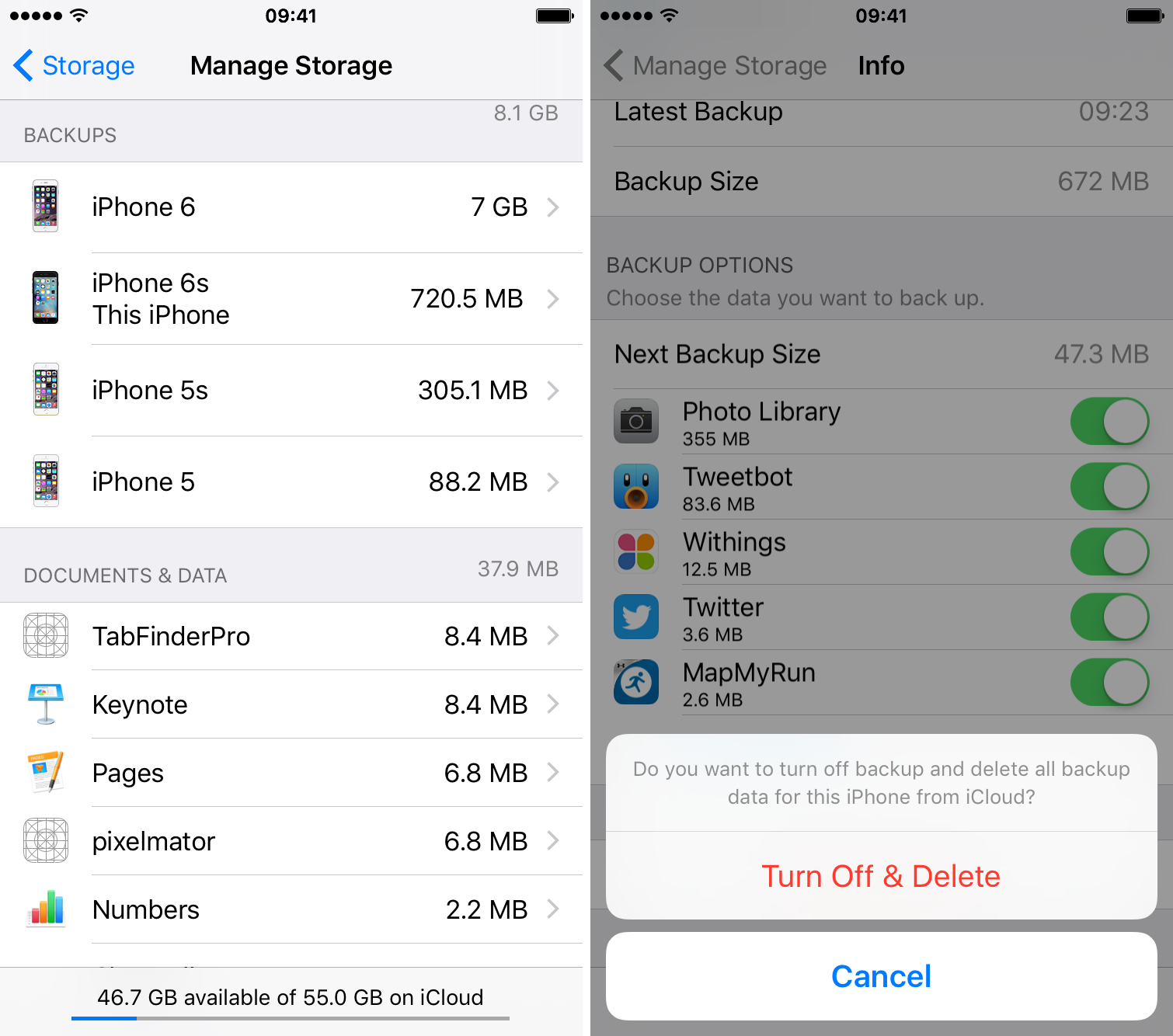 This is what did the trick for me. Even though my device wouldn’t backup to iCloud, it seemed to have backed up once on the first day I got the device. I figured that deleting that backup might fix errors associated with it, and indeed it did. I have also heard this was the solution to the problem from several people on Twitter.

Go to Settings > iCloud > Storage > Manage Storage. If you have several iOS devices, you should see all your backups for each device. Choose the device that won’t backup, then tap on Delete Backup at the bottom.

I have also heard from people on Twitter that they were not able to delete their backup from the problematic device, but instead, they had to use another device to delete the backup. If that’s the case for you, and if you own other iOS devices, go to Settings > iCloud > Storage > Manage Storage, then delete your problematic iCloud backup from another device (i.e. your iPad).

For the record, my other iOS devices wouldn’t even show my iPhone 6s iCloud backup at all, but I was successful in deleting the iCloud backup directly from the device anyway.

If nothing else has worked for you so far, then your last chance is to go thermonuclear on the problem by restoring your iOS device. Some might suggest to simply go to Settings > General > Reset > Erase All Content and Settings, but I’m a firm believer in full restores, meaning that you actually reinstall the software on the device rather than clean everything on that device.

Again, this is my personal preference here, and something that I know works for 99.9% of software-related problems, but I do suggest you plug your iPhone in iTunes, and hit Restore, then set up your device as new, and not from a backup.

If you think that’s too much trouble, then restore in iTunes and set up your device from a previous backup. It might do the trick and save you to reinstall everything on the device, but it might also bring back the exact issue you were trying to fix to begin with, which is why I always recommend a restore and set up as new.

Still not working? Unfortunately, I’m not sure there is anything else you can do on your own, and it might be time to visit an Apple Store and meet with a genius. Hopefully you won’t have to get to that point.

If you’ve had problems with iCloud, please make sure to know what solution fixed the issue.