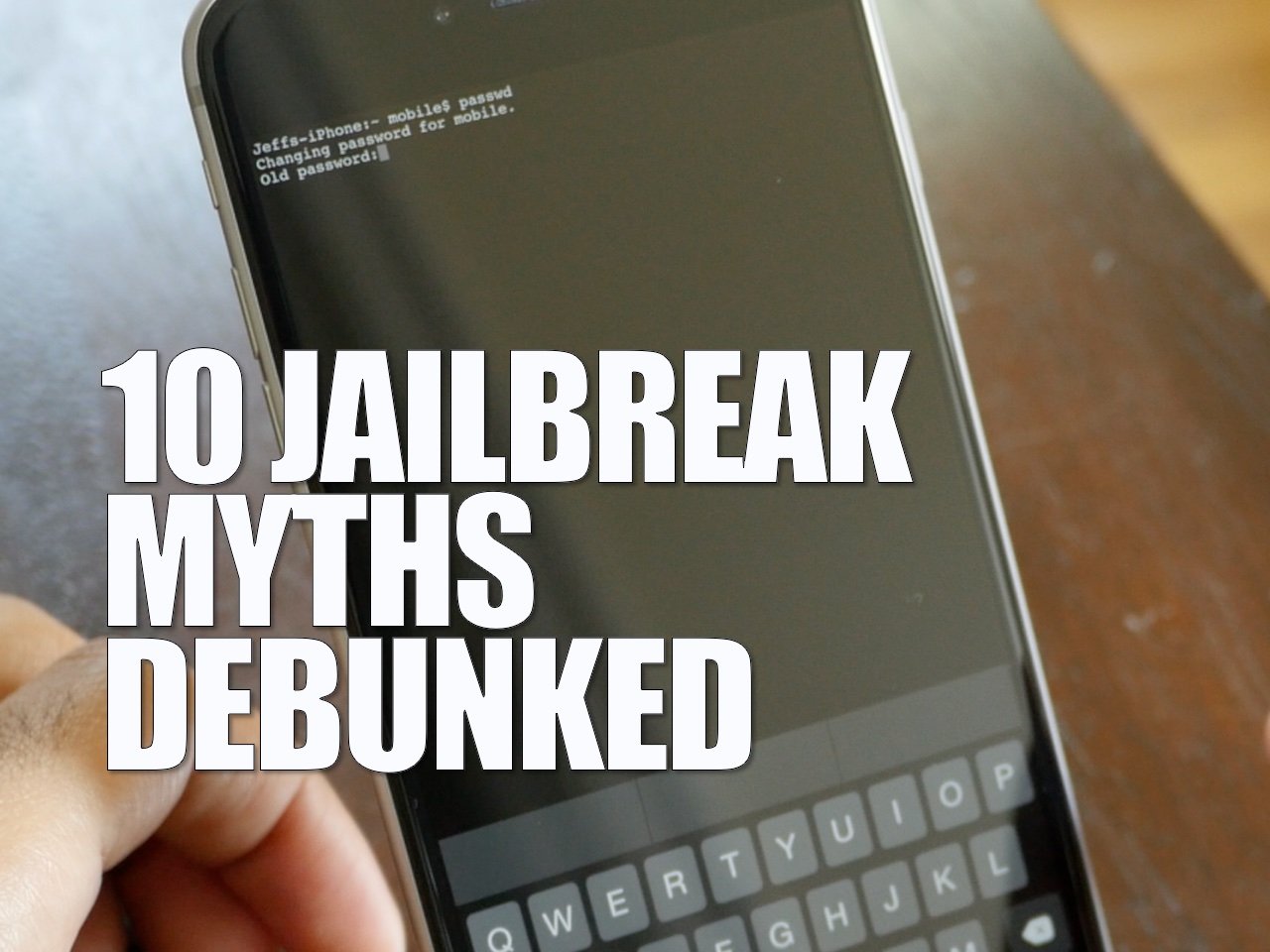 Over the years, there have been lots of misconceptions about jailbreaking, the type of people that jailbreak, and the overall purpose of jailbreaking. What’s true, and what’s not? Does jailbreaking void your warranty? Is it hard to do? Is it even necessary nowadays?

In this post, I’ll break down and debunk 10 jailbreaking myths. I’ll show you why I still jailbreak, and why jailbreaking may be quite different than you perceived it to be.

Jailbreaking is not a permanent thing. If you need warranty service, simply use Cydia Impactor to unjailbreak before taking your iOS device in for service, or perform a system restore via iTunes. Apple cannot tell that you’ve previously jailbroken your iPhone if you perform a proper restore.

Jailbreaking slows down your iPhone significantly

Sure, you can install tons of jailbreak tweaks, and some can slow down your device. But, if you use good judgement about the type of tweaks you install and keep it to a reasonable amount, you shouldn’t see any major slowdowns. In fact, some tweaks are designed to speed up your iPhone.

This can be true if you don’t use good judgement, but jailbreaking can also make your device more secure. In the past, jailbreak developers have actually released fixes for existing bugs in Apple’s iOS software before Apple was able to do so. If you use sound judgement and stay away from shady third-party repos, piracy, questionable tweaks, and don’t open up your device unnecessarily by installing OpenSSH or AFC2, then you should be safe.

Jailbreaking is for sketchy characters

You can jailbreak your iPhone, iPad, or iPod touch in less time than it takes to brew a cup of coffee. Trust me—it’s so easy that my mom could probably jailbreak her iPad with little to no issues.

This can be true, but running an intense game non-stop can also kill battery life. It simply takes good judgement, and being picky about the type of tweaks that you install to maintain good battery life on a jailbroken device. Just because you’re jailbroken doesn’t mean that you automatically end up with bad battery life. In fact, some tweaks are designed to improve your battery life.

Jailbreaking is for piracy

That’s simply not true. While it is unfortunate that some take advantage of the ability to pirate media, which is easier to pull off with a jailbroken device, it’s definitely not the original reason that jailbreaking got started, and it’s definitely not the reason that many individuals jailbreak today. People pirate media when they’re not jailbroken. I know plenty of people that jailbreak because it allows them to customize their device, not because it enables piracy.

Jailbreaking is no longer necessary

Do you have any jailbreaking myths that you’d like to debunk as well? Which one on my list irritates you the most? Drop me a note in the comments and let me know, and please thumbs up the video so that others can see it as well.