A3tweaks—the development team behind great jailbreak releases such as Auxo—is back with a brand new upcoming tweak, and we want to show it to you. The tweak, which is called Polus, is an extension that adds significant improvements to the QuickLaunch section of Control Center.

With Polus, you can customize Control Center’s apps shortcuts, and assign them with Activator gestures…but that’s not all. We’ve taken the upcoming tweak for a detailed spin on video. Check past the break for more information.

Once you install Polus, you’ll find a preference panel for the tweak in the stock Settings app. Inside of Polus’ preferences, you’ll notice a setup that’s not at all unlike other a3tweaks releases.

The preferences for Polus contain two main sections. The first, Select Apps, allows you to choose which apps appear in the QuickLaunch section of Control Center. The second section, Arrange Order, allows you to customize the look and feel of the apps that you select in the first section. 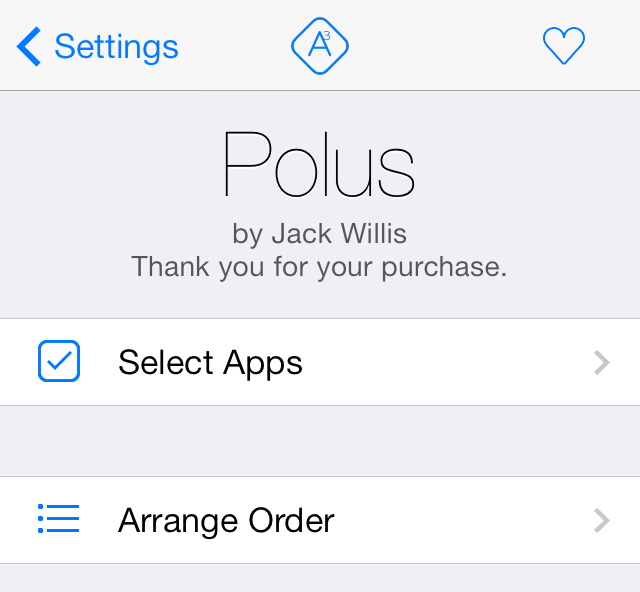 Most of your time will be spent in Polus’ Arrange Order section. There, you’ll find drag handles to rearrange the order of the apps, hide apps, and a toggle to order the apps by most recently used. You’ll find pagination settings, as well as an option to enable circle borders around the app icons appearing in the QuickLaunch section of Control Center. 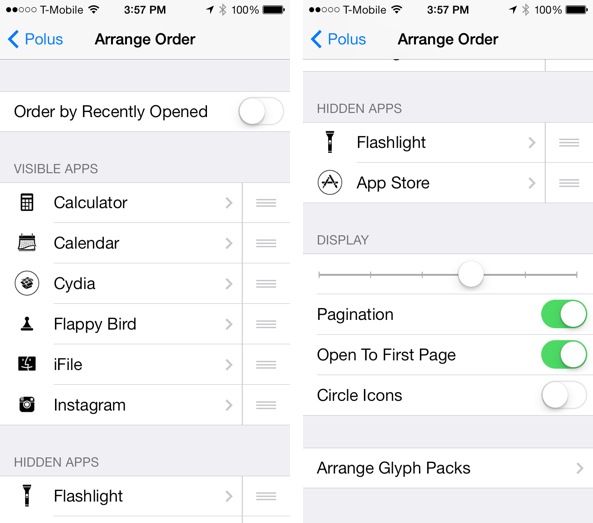 But the real gem of this tweak is the ability to assign Activator actions to both tap and tap-and-hold gestures. To make that happen, simply tap on an app name in the Arrange Order section, and you’ll find a set of preferences for the app on an individual level. 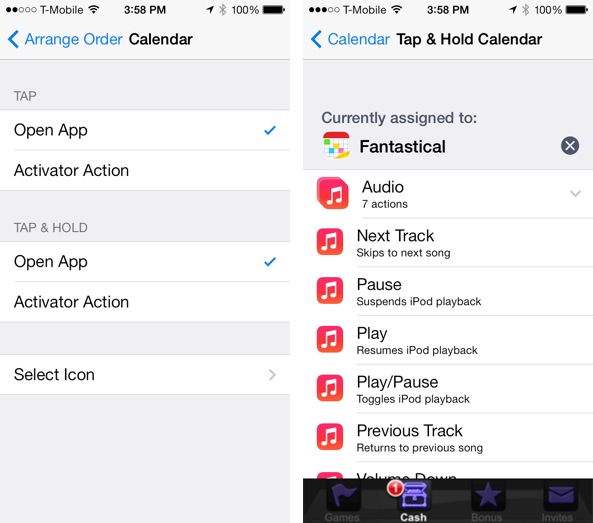 Lastly, you’ll find a ton of custom glyphs that you can assign to a shortcut. The included glyph packs include application icons glyphs along with a heaping helping of miscellaneous glyphs. In the future, you’ll be able to download additional glyph “packs” to add to Polus for even more customization. 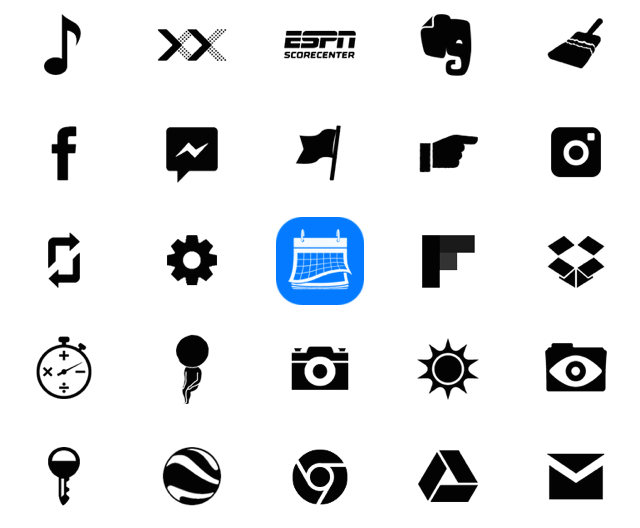 If you’re looking for a way to better customize the QuickLaunch section of Control Center, then there is perhaps no better means to do this than Polus. As you would expect, this is a hyper-polished tweak from one of the premier iOS development teams. When it launches, presumably for $0.99 on Cydia’s BigBoss repo, you should definitely consider picking it up.

Let me know what you think about Polus in the comment section below.